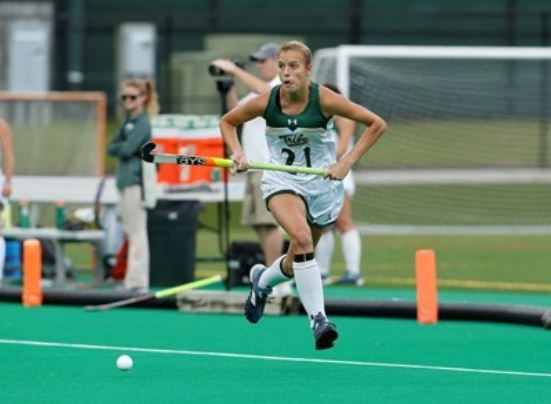 William and Mary entered last weekend looking to extend its three-match winning streak and stay undefeated in Colonial Athletic Association play. The College traveled to Towson Friday night to take on the Tigers. The Tribe played a solid match to claim a 3-1 victory and move to 3-0 in CAA competition. The College was back at home Sunday afternoon and used a three-goal outburst at the start of the second half to earn a 5-2 victory over Davidson.

Friday, the College (10-4, 3-0 CAA) picked up a conference victory on the road against Towson (1-12, 0-3 CAA). Sophomore forward Cata Days opened the scoring for the Tribe just over seven minutes into the match. Sophomore midfielder Cassidy Goodwin sent a pass to Days, who blasted the shot past Towson goalkeeper Emilee Woodall to put the College up 1-0 early in the match.

The College maintained its 1-0 advantage until halftime but was unable to extend the lead. Early in the second half, the Tigers scored to even out the match. Tigers midfielder Katie McNeel ripped a shot past sophomore goalkeeper Morgan Connor; midfielder Paige Zaleppa assisted on the goal. The College was suddenly in danger of losing its first conference match of the season.

“We knew that it was going to be a tough game,” Days said. “It took us a little bit of time … but once we did [score], we kept scoring.”

Sunday, the Tribe hosted the Wildcats (0-12). The first five minutes were fairly uneventful, with both teams just trying to get into the flow of the match. The first real chance of the match was five minutes in when senior midfielder Estelle Hughes got the ball in close to goal, dribbled toward the center and fired a shot right at Wildcats goalkeeper Sarah Zeszotarski. Zeszotarski made the save to keep the match deadlocked at zero.

Over the next 10 minutes, the Tribe dominated play and applied nearly constant pressure on the Davidson defense. The College had a dozen shots in the first 15 minutes. At one point, the Tribe had three penalty corners in a row; however, the College was unable to convert on any of these, despite senior midfielder Emma MacLeod firing a shot off of the post. The Wildcats had their first shot with 22 minutes remaining in the first half, when senior forward Paige Albert hit a shot on goal. Connor was up to the task and deflected the shot away from the goal.

The College continued to put pressure on the Davidson defense as the half progressed, but were still unable to convert, and the match remained scoreless. The Wildcats had arguably the best chance thus far in the half with 12 minutes left, despite getting dominated for most of the half. Forward Nellie Turnage led a breakaway for the Wildcats and found fellow freshman forward Sydney McKenna who was one-on-one with Connor. However, McKenna’s shot trickled over the line just wide of the left post, and the Tribe avoided falling behind.

With just over a minute remaining in the first half, the College finally broke through for the first goal of the match. Sophomore midfielder Annie Snead got the ball and dribbled toward the goal before passing to sophomore forward Woodard Hooper. Hooper positioned herself to the left of the net and ripped a shot past Zeszotarski to give the Tribe a 1-0 lead. Zeszotarski had stopped the first 17 shots on goal before finally allowing the first goal of the match. The College took the 1-0 lead to the half.

“We knew this team was going to come out strong. They did last year, and we knew it was going to be the same,” Hooper said. “It was about moving [Zeszotarski] instead of just shooting on net. We found success getting in the circle a lot.”

In the second half, the College jumped out to a quick start, finally converting on a lot of its chances to solidify its lead. Less than two minutes into the half, Days scored off of an assist by Goodwin to double the Tribe’s lead. Three minutes later, Hughes dribbled past a couple of defenders and blasted a shot into the left corner of the goal to extend the College’s lead to 3-0. Two minutes later, freshman midfielder Ella Donahue scored the first goal of her career after Hughes had her shot saved to give the Tribe a 4-0 lead with 27 minutes remaining in the match.

Head coach Tess Ellis believes that the Tribe’s increased communication on the field led to its success in the second half.

“I said to them once they started talking to each other, bad habits go away,” Ellis said.

Sophomore midfielder Emily Roebuck fired a shot into the goal to cut the Tribe’s advantage to 4-1, before sophomore defender Christie van de Kamp answered with a goal of her own for the College to push the lead back to four goals. The Wildcats got another goal with less than 10 minutes remaining on their first penalty corner of the day, with defender Courtney Byler blasting a low, hard shot into the net to cut the College’s lead to 5-2. The Wildcats were unable to further chip away at the lead, and the Tribe claimed a 5-2 victory.

The Tribe will travel to Old Dominion Sunday for another non-conference matchup. The College will be looking to extend its winning streak to six matches and continue to gain momentum before matches against nationally-ranked conference opponents Delaware and James Madison.

“[We are] deliberately playing against ODU on Sunday, so that we would have a tough [non-conference] game,” Ellis said.