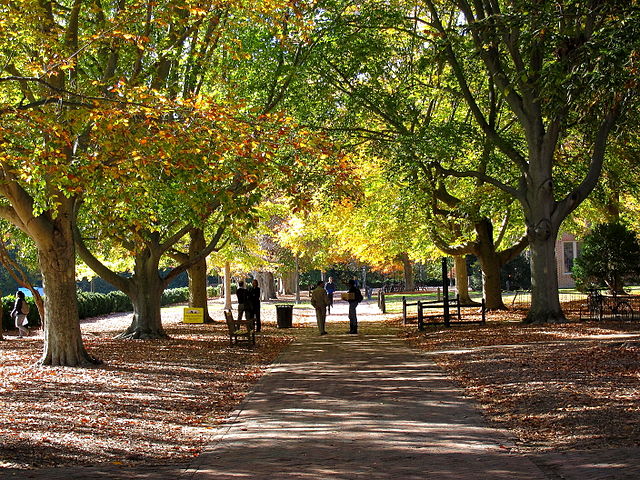 Neuroscience professor and Vice President of the Non-Tenure-Eligible Faculty Association Christy Porter said that there are many reasons to have different employment tracks in higher education.

“The purpose of tenure in the higher education system is to protect academic freedom,” Porter said. “In order to teach, we need to know that the things we say are protected.”

NTE faculty, who make up two-thirds of the arts and sciences faculty, will never be eligible for tenure. These staff members include visiting assistant professors, who are temporarily hired to cover individuals on leave for sabbatical or personal reasons; lecturers; adjunct professors; and graduate students. Lecturers are typically hired because they are an expert in a specific field or a department needs more teachers. According to Porter, lecturers typically do not conduct research.

“To the extent that we can grant parity, we should be working towards parity,” Porter said.

Over the past five years, the College has shifted its approach to NTE faculty. Porter said the biggest problem in the past was that there was little opportunity for NTE faculty to engage with each other.

Now, Porter said NTE faculty are allowed to be on college-wide committees. There is more information-sharing about procedures for promotion, and the institutional mechanisms for addressing problems are better publicized.

“For anyone who is not feeling that parity, not feeling welcome, respected, … energized, optimized … we have to work on that,” Porter said.

Christina Baker is a visiting assistant professor in the Hispanic studies department and has been at the College since fall 2016. Baker said that sometimes, being an NTE faculty member affects her at work.

“I don’t even have the security of a multi-year contract,” Baker said. “I have to maintain good [course] evaluations, but because I’m on the job market [every year], I have to continue to participate in research. I still have to produce articles [and] go to conferences to be viable for a more permanent position, whether that’s outside or inside William and Mary.”

Baker said there was no renewal language in her contract, even when she attempted to negotiate.

“They would not offer, in writing, any kind of renewal,” Baker said. “I love it here, but it’s not a position that provides security.”

Baker said that her faculty orientation session left much to be desired.

“I had a really hard time even getting answers to what I was supposed to do when I got here, and they wanted me to attend a training which was before my start date, which is kind of against the law,” Baker said.

Orientation, Baker said, was focused mainly on benefits and administrative information. Baker and other new staff members did not receive information about the NTEFA.

“On one hand, I believe in tenure because it is a protection with changing governments on local, state and national levels,” Baker said.

She added, however, that this protection comes with much less space for NTE faculty to do cutting-edge or controversial research, as job security is not guaranteed and term appointments are so short.

“There’s not space for [my research] because of this old guard holding onto positions nationwide,” Baker said.

According to Baker, there is systemic overuse and abuse of NTE faculty at public institutions, which are hit hardest by funding cuts. Baker said she has read articles citing increased corporate and donor pressure as the reason for the development of a hierarchical, “multi-tiered” faculty culture. More short-term, lower-paid hires and less overall TE, longer-term job offers are further representative of these changes.

Not all NTE faculty have reported the same problems. Annelise Duerden is a visiting assistant professor in the English department who joined the College this fall. So far, she said, she has felt included and welcome on campus.

“In my department, I don’t feel like there’s a huge difference between how NTE and TE faculty are treated, other than occasionally different voting rights,” Duerden said.

Duerden said, however, that her department has filled the gap left by the College’s orientation program.

“The [English] faculty have been more helpful in orienting me to teaching, faculty culture, department expectations,” Duerden said.

Although Duerden’s experience with the English department’s orientation was not unfavorable, Baker and Duerden both said that the College could do more to ensure a standardized transition for NTE faculty members rather than leaving much of the non-administrative orientation up to departments.

Baker also said that a problem that NTE faculty face stems from the lack of financial resources. NTE faculty do not sign contracts guaranteeing them salaries of $100,000 per year until retirement.

Because of this, Baker said she believes there should be more resources allocated to paying NTE faculty more.
For tenured faculty, salaries of $100,000 are not uncommon, particularly in top-earning departments like law, business and engineering.

“Viable resources and good salaries need to be distributed across the board without the promise of tenure,” Baker said.

For Duerden, a new member of the College’s faculty, the English department’s orientation successfully caught her up to speed, she said.

However, she said she wished she had learned more about how to engage with other NTE faculty members.

“You tend to be isolated in academia,” Duerden said. “It would be nice to have more access to other NTE members.”

Duerden said she has been in contact with the NTEFA to remedy thi, and said that overall, her experience as an NTE has been comfortable.