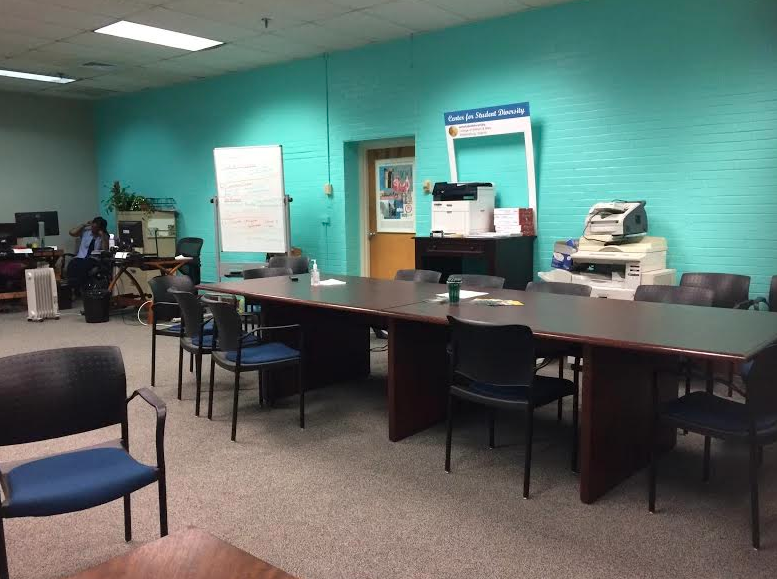 2017 has been a year of change for the Center for Student Diversity at the College of William and Mary. After undergoing a complete physical renovation and staff turnover, the CSD also welcomed new Assistant Dean and Director Kimberly Weatherly Aug. 14.

Over the past 18 years, Weatherly has worked for a variety of higher education offices, including financial aid, academic coordination and student activities. She said that her position as director of multicultural affairs at Columbia College Chicago, as well as her previous doctoral studies experience, led her to the CSD.

“After my doctoral studies, I knew that I would probably finish out my career in diversity and inclusion,” Weatherly said. “I’m very dedicated and passionate about working with historically underrepresented ethnicities and identities. I also want to make sure that when we talk about inclusion, we have dynamic dialogue about race, ethnicity, identity, intersectionality, faith and socioeconomic status, [since] all of those factors affect who we are as people.”

Weatherly’s on-campus initiatives reflect the influence of her dissertation, which focused on programs that help African-American males matriculate into predominately white institutions. During her first month at the College, Weatherly began an initiative called The Barbershop, which provides a space for those who identify as males of color to converse and network.

Based on the organizations Weatherly has had a chance to meet with, she said most are dominated by female-identifying students. She said she wants to see more diversity regarding gender in these opportunities.

The Barbershop brings students and faculty together for free haircuts, dinner, networking opportunities and dynamic dialogue. Professors who identify as males of color lead discussions and work to build positive mentor relationships with students. Topics range from academic issues, like preparing for the Graduate Record Examination, to more specific social advice, such as what to do if a person of color is stopped by the police.

In addition to supporting males of color at the College, Weatherly said she intends to help all students feel heard and respected on campus, whether they identify as Latinx, LGBTQ, Asian-American or African-American.

“She really wants to make this space a place where all students … feel welcome,” Lichtenstein said. “I know in the past it’s been mostly one group [that] has been served in here. She’s been making an effort to interact with the students and invite them in and to make this a space where students want to be.”

Owens said that from the very beginning of Weatherly’s time at the College, she has made it a priority to familiarize herself with campus culture and meet students.

“She will literally take her heels off, put on some flats and meet whoever is outside,” Owens said. “That has been very important to her [since] day one. There will be meetings that we needed to go to and rather than driving across campus, she wanted to carve out enough time to walk so that she [could] meet as many people as she could, as well as learn the campus, and that is not specific to any group of students or nationality.”

Owens said that she believes Weatherly’s efforts have been successful so far. She said she saw students and faculty who have never attended CSD events, or have not in the last several years, attend this year’s open house. Owens said this is largely due to the enthusiasm and energy Weatherly has brought to the CSD, in addition to the network she has built for herself.

To gauge the climate regarding diversity on campus, Weatherly said she has immersed herself in different groups and meetings, asking students to describe the College’s strengths and weaknesses. Weatherly said she learned that students want to see more students like them represented in the classroom and have additional spaces provided for faith.

She said she hopes that the renovations of the CSD, which include a new TV and furniture, will encourage students to use the center as a hub for studying, hanging out and holding organization meetings.

“I want to make sure that students at William and Mary are able to evolve and have a well-rounded experience here and feel safe in a community that values who they are,” Weatherly said.