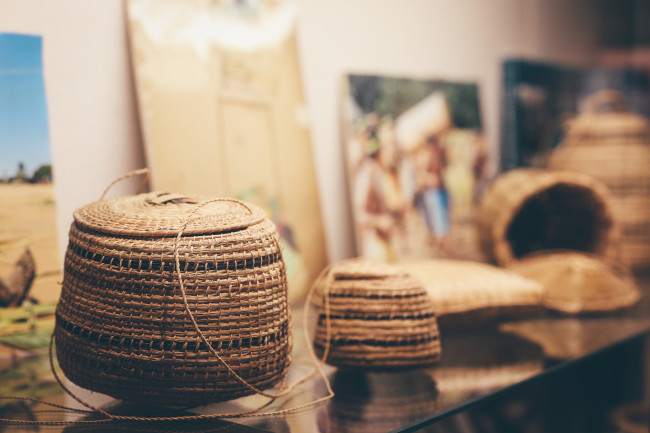 Starting in January, students will have the opportunity to declare a new minor in the anthropology department — Native studies. The minor will include classes focusing on native peoples from North America, South America, Latin America and Polynesia.

According to anthropology professor and co-founder of the program Kathleen Bragdon, the minor is an important step to further representation of native people at the College of William and Mary. This minor also aims to draw the interest of more native students and professors to the College.

Over the last decade, faculty members including Bragdon have advocated for a major in Native studies. According to Bragdon, Dean of Arts and Sciences Kate Conley played a large role in bringing this program to the College.

“My coworker, Professor Moretti-Langholtz, and I agreed that there was a need for representation of native scholars, artists and entrepreneurs,” Bragdon said. “William and Mary has a history with native students that goes back to the Brafferton, which you can now learn about at the Muscarelle. William and Mary sits in a state with 11 recognized tribes. Our feeling is that William and Mary needs to reach out to be better connected to people with programs of interest of them.”

Conley said that since she arrived at the College in 2012, bringing a Native Studies minor has been a priority for her.

“Starting a Native studies minor has been a priority for me since I arrived at the College in 2012, as soon as I saw the sign outside of the Brafferton about the history of the Indian School,” Conley said in an email. “I’m delighted that it has now been established in the Anthropology Department and that the program is starting on conjunction with the exhibition at the Muscarelle. Our history in Virginia involves a history of the land we occupy and the place that we live as a university.”

Starting a Native studies minor has been a priority for me since I arrived at the College in 2012, as soon as I saw the sign outside of the Brafferton about the history of the Indian School. — Dean of Arts and Sciences Kate Conley

Many of the classes that will be offered are in the history, government, anthropology and linguistics departments. Most of these classes are currently offered, and credit for classes taken in the fall 2016 semester will count for the minor.

These classes include Indigenous Literature, Building the Brafferton and Caribbean Linguistics. There are currently 20 classes that fall under this attribute. Students who declare this minor must take 18 qualifying credits.

After 10 years, the process for a new academic program being approved by the Educational Policy Committee was streamlined. This means that after the program was proposed, the full faculty body voted on it in March.

Now, the faculty is working “creatively” to make classes offered in the minor fit into the College’s COLL curriculum system. As of right now, it is not clear what classes will be eligible to meet COLL requirements. It is also unclear whether or not students who took these classes prior to fall 2016 will be able to credit these classes toward the minor.

Bragdon’s academic specialty is in native languages, specifically those from tribes located in New England. She also said that she has some knowledge in languages relevant to Virginia and has worked with some tribes in the area, including the Chickahominy tribe. For her, language reclamation could one day be an institutionalized part of the program.

“I’m so thrilled that William and Mary will be offering a Native Studies minor,” Adkins said. “I feel that this program is long overdue, but nevertheless I am very excited. The program has the potential to attract more native students to the College, something that I am very passionate about. It’s also very exciting because the College is now talking about the darker side of the College’s history, which includes the Brafferton Indian School. This is a great step in the direction on reconciliation and increasing the knowledge of the general student body about the history of Native Americans, as well as other indigenous peoples.”

In the future, Bragdon said she would like to see the program provide more coordination for activist efforts and sponsor American Indian authors and activists to come to campus. She would also like to offer a COLL 300 class that could potentially involve working on a reservation off campus.

The anthropology department will hold an open house for the Native Studies minor on Wednesday, Sept. 28.