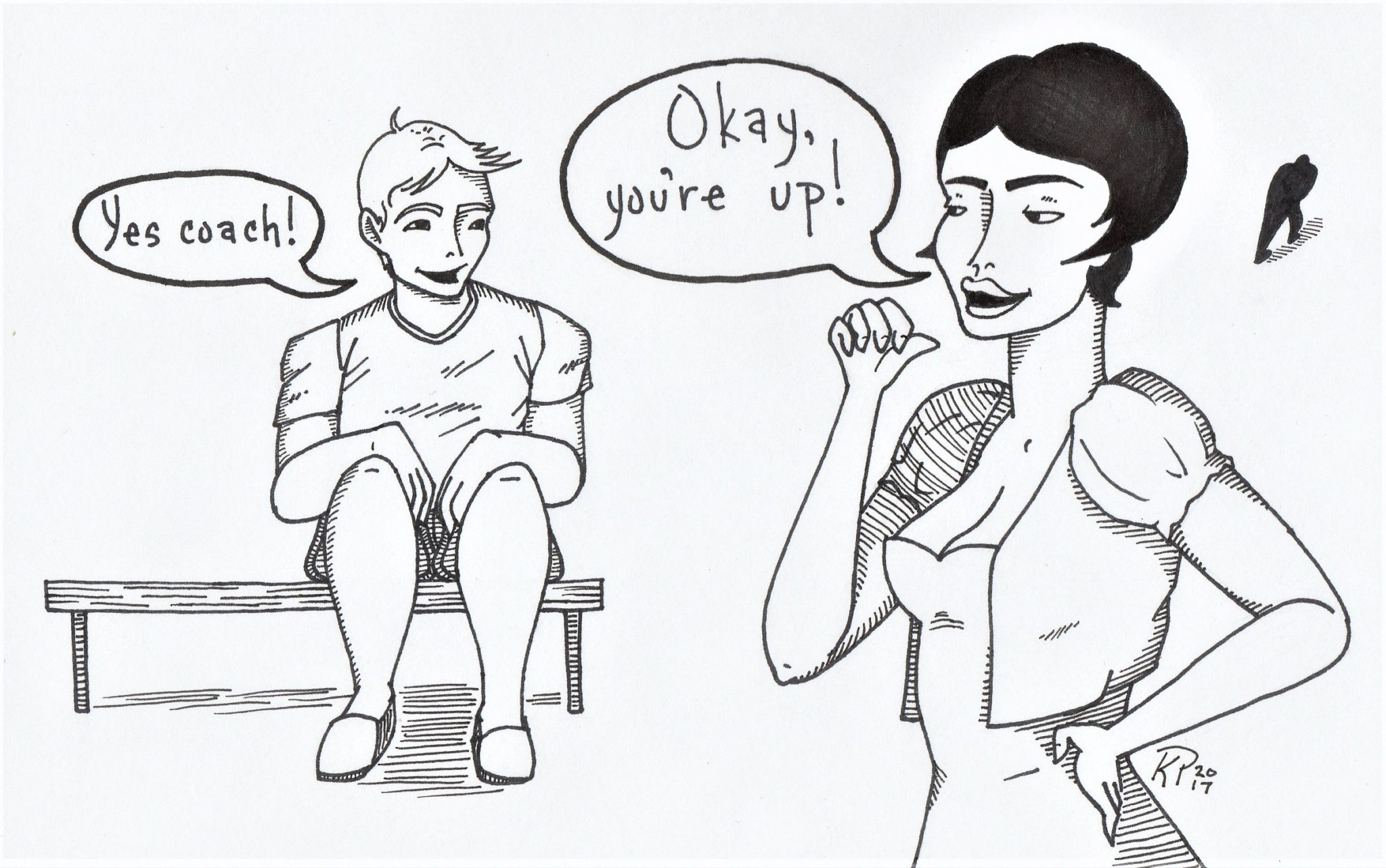 “Step right up, step right up, folks. Were you looking for ways to say one thing about your sex life while meaning something completely different? Well then you are in luck. Welcome to ‘What does that dating phrase mean anyway?’ The show where everything seems made up and the points don’t matter. That’s right, folks, the points are like having a good movie on during a ‘Netflix and chill’ session.”

With cuffing season quickly approaching, it can become a little frustrating to have to go through the tedious trial-and-error that we so often have to go through when finding our emotional peer(s). So, to try and alleviate the semi-substantial learning curve of the collegiate dating world and to decrease the amount of time spent on Urban Dictionary to as little as possible, here is a by no means comprehensive, list of dating lingo that you need to know prior to diving into the deep end:

This first one is easily the most well-known term that has existed for several years now, but is so prevalent that to omit it would be a disservice to the world. To say that the “Netflix and chill” phenomenon overtook the way that young people interact would be an understatement. When the term initially gained popularity, it was translated at face value as the state of simply being at home, watching Netflix and relaxing. However, the use of the term quickly evolved to mean watching Netflix with a person in the hopes that it will lead to a night with a more sexual tone. The message can sometimes lose any semblance of subtlety that it could have pretended to have, especially when the Netflix and chill invite brings you to a room within which there is neither a television nor any alternative medium of Netflix viewing.

One of the many acronyms that exist within the dating community is the illustriously infamous DTR, meaning “define the relationship.” This typically occurs when something that started off as being a recurrent, casually sexual set of interactions starts to enter a more personal realm. This often creates the desire between the participants to formally establish which direction they are moving towards, whether that be romantic or otherwise.

This next term has the potential to be a negative result from failure to DTR, and it’s commonly referred to as “benching” or “being benched.” This is meant to draw a parallel between being on the bench for a sports team and being kept on hold for a potential partner.

To elaborate, on most sports teams, one may be kept on the bench as a “just in case” option for if one of the starters gets injured or tired, depending on the sport. This also includes letting the benched player play from time to time when the outcome of the game is not contingent on whether or not this person is playing. This lets them see what the benched player can offer to the team. When this is brought into a romantic context, a person is said to be benching someone when inconsistently interacting with them, either with the intention of testing out how they feel towards the benched or keeping them as a backup plan in case something else doesn’t work out.

While an aggressive, yet apt, name, the “dopplebanger” phenomena can be a very real problem in the dating world. This term describes an instance in which someone pursues an individual in a romantic or sexual way almost exclusively because they look like or remind the person of somebody else with whom they’ve had prior interactions. This often leads to very unelicited, lofty expectations. The probable failure to meet these unjust expectations has a tendency to create a level of resentment between the participants.

Hopefully, this brief list has provided you with some things to watch out for and keep in mind while entering the dating world of college. And, as always, respectful and honest conversation should be prioritized over ambiguity.

William W. is a Behind Closed Doors columnist who wants to help you DTDL (define that dating lingo).