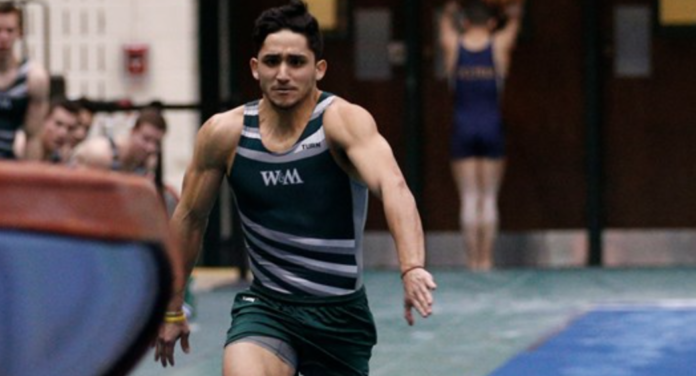 William and Mary wrapped up its season in Chicago Friday, with 11 gymnasts competing in the National Collegiate Athletic Association Championships at Illinois-Chicago, the largest representation from the College in school history. Although no Tribe gymnasts advanced to the finals, several just barely missed the cutoff.

Seniors Juan Palma on floor (T16, 13.5) and Jeremiah McReynolds on rings (T12, 13.466) both just barely missed the finals, tying for spots in their respective events but failing to advance on the tiebreakers.

The Tribe also had solid showings in most of the other events. Junior Jack Hasenkop, the only all-around competitor for the College, took eighth place with a score of 72.632. His best event was vault, where he tied for 20th and led the way for the Tribe with his score of 13.9. Sophomore Tim O’Neill tied for 23rd on vault (13.833) and Juan Palma tied for 34th (12.866).