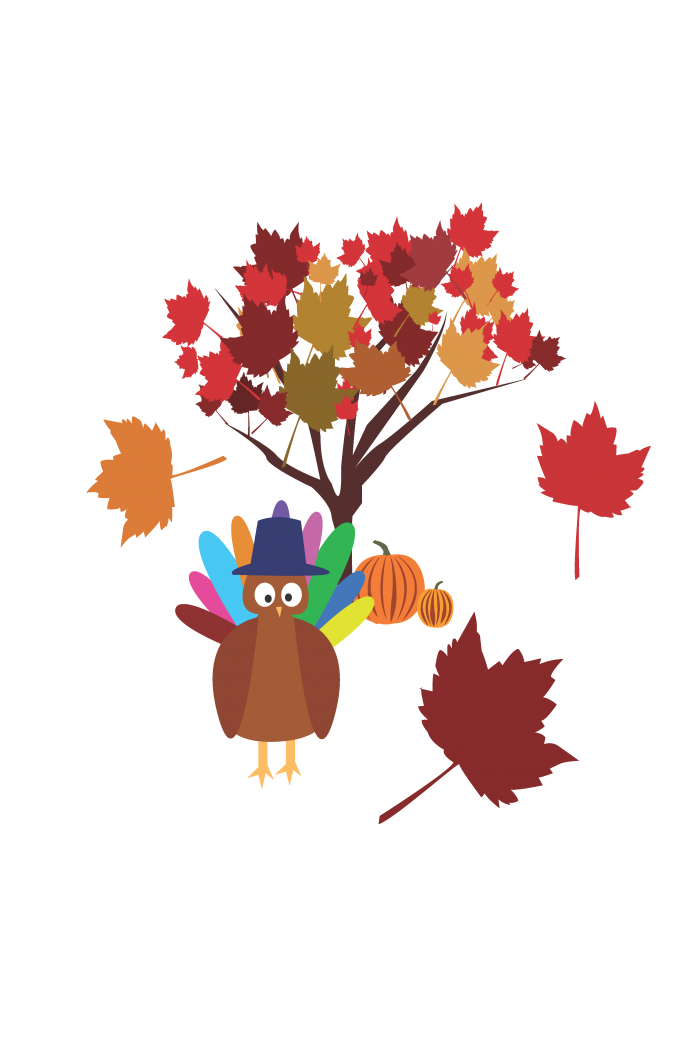 Next week, people across the United States will celebrate Thanksgiving, one of the world’s most distinctly American traditions. Families will reunite, parades will be watched, turkey trots will be run and an ungodly amount of pumpkin pie will be consumed. But along with all the harmless fun and unforgettable memories that Thanksgiving brings, it also perpetuates another less harmless but still unmistakably American custom: the erasure of genocidal atrocities inflicted on American Indians by European colonizers.

This erasure is certainly not specific to Thanksgiving. It permeates American culture all year round. Take, for example, the way we are taught about Christopher Columbus. We are told that he wanted to prove the Earth was round and that when he first arrived in the Caribbean, he thought he was in India. How wacky.

What we are not taught is that Columbus and his army used bloody, inhumane violence to force the Arawak people into slavery. We are not taught that Arawaks who did not retrieve enough gold for the colonizers would lose their limbs and sometimes their heads. We are not taught about the unspeakable cruelty which Arawak women and young girls faced at the hands of Columbus’s men.

In American schools, we are taught all sorts of things about European interactions with indigenous people that are either misleading or completely untrue. We are taught anecdotes that humanize the European invaders to distract us from the brutal truth and strengthen the white supremacy that created American culture.

This mythology has led to a number of major issues. First, American pop culture runs rampant with disrespect for Native American history and culture. Remember when Kylie Jenner wore a white parka hood and said she was dressed up as an “eskimo,” or when John Legend put on a cowboy hat and Chrissy Teigen donned a stereotypical feathered headdress for Halloween? Movies like “The Ridiculous Six” and “The Lone Ranger” feature white actors portraying deeply offensive American Indian stereotypes, while TV shows like “Parks and Recreation” turn the violent oppression of indigenous peoples into a punchline.

Second, and more importantly, disregard for historical hardships faced by native people has paved the way for new struggles in the present. American Indian communities are plagued by poverty, alcoholism, mental illness and neglect. Centuries of white settlers forcing tribes away from their homes caused all of this, and refusal to acknowledge the truth about American history allows these issues to go unsolved with little to no help from the world outside the reservations.

The traditional celebration of Thanksgiving encompasses all of this to a horrifying degree. American children perform Thanksgiving pageants that perpetuate long-debunked myths about white settlers living in friendship with American Indians. They come home wearing crude headdresses made out of construction paper and Crayola markers, reducing centuries of rich history and culture to a ten-minute craft.

The famous Macy’s Thanksgiving Day Parade is led by two pilgrims. Perhaps this is appropriate, considering the fact that white Anglo-Saxon Protestants always seem to be at the front of the line in American life while those whose oppression they rode to power on are treated as nothing more than footnotes in mainstream tales of American history.

But this doesn’t mean we should stop celebrating Thanksgiving altogether. We simply need to change how we celebrate it. We must shift the focus of the holiday away from its white supremacist roots and instead fully embrace the ideals that make Thanksgiving such a popular holiday. Modern celebrations of Thanksgiving need to become celebrations of gratitude. They must be celebrations of family, love, and pumpkin pie. Stop putting children in misleading pageants, and instead put them in an environment of humility and kindness. Stop letting pilgrims lead the parade, and instead lead the way with acceptance, understanding, and truth. Of course, this will not remedy the oppression of native people nor will it end their continued suffering. To do that, we must remain cognizant year-round of how many American institutions, including the College of William and Mary, were built on the backs of indigenous tribes.

We must speak truth to power and fight to dismantle those power structures. It is on us as young people to right the wrongs of older generations, though a bit of help from our elders wouldn’t hurt.

And in the middle of that fight, it’s okay to take a breather to spend time with loved ones and eat way too much pumpkin pie as long as you don’t do it in the name of colonialism. By spreading the spirit of togetherness that Thanksgiving has come to represent and rejecting the colonial ideas of dominance and exclusion, we will be one step closer to winning the fight.