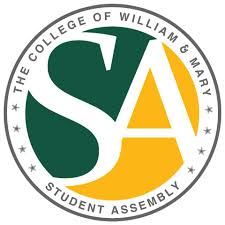 In her new role, Boojala promised to utilize her knowledge of SA’s recent pandemic relief bills and the body’s operating procedures to make meetings as efficient and productive as possible. She also vocalized a commitment to making Senate meetings safe for candid discussion, where minority opinions will be expressed and respected.

Boojala also emphasized the need for SA to prioritize quality over quantity when crafting bills, making sure that proposals provide genuine benefit to the College community.

“We could do things that are much more powerful because we have so many people with so many opinions,” Boojala said. “I think if we’re going to pass a bill, we should do quality over quantity.”

“We could do things that are much more powerful because we have so many people with so many opinions. I think if we’re going to pass a bill, we should do quality over quantity.”

Boojala then provided an overview of SA’s current financial situation and noted that SA might see increases in its reserve funds next fall, since many spring semester events did not require funding because of cancellations due to COVID-19. The Reserve Fund includes all of the money not allocated by SA in the budget and to other funds, which subsequently funds all SA bills and events.

At the start of each new Senate session, the Reserve Fund has previously started between $100,000 to $200,000 and Boojala explained that for next year, the Reserve Fund could fall more around $300,000. However, Boojala urged senators to treat the upcoming year as a normal year for SA’s finances, since the body would not be able to make the same funding promises when the Reserve returns to its normal base in subsequent years.

Newly inaugurated SA President Anthony Joseph ’21 then delivered an update to the Senate about the College’s recent announcement that professors may begin using the online proctoring service Honorlock for final exams in two weeks. Some students had raised concerns about Honorlock potentially violating student privacy, as the service uses a Google Chrome extension to record video through a student’s computer camera and monitor their online activity while taking examinations.

Joseph told SA that Honorlock went through a careful vetting process before the College signed the contract with the company, and he emphasized that the service will be used in a small minority of classes. Joseph also acknowledged the concern that some students felt left out of the discussion when it came to online proctoring, and promised to continue elevating student concerns to administration.