Sept. 12, The College of William and Mary dropped three spots to #41 in the U.S. News and World Report 2022-23 Best National University Rankings. Sharing this spot with Boston University and the University of Illinois Urbana-Champaign, this year marks the biggest position change since 2018, when the College moved from #32 to #38.

According to College spokesperson Erin Zagursky, this position decrease is primarily due to the change in U.S. News and World Report’s methodology, as well as the low financial resource rank that the College received.

“We did see a slight drop in the U.S. News overall and public university rankings, which is a reflection of both the major changes in methodology the magazine implemented in recent years and the reality of financial challenges the university faces,” Zagursky wrote in a press release. “W&M’s financial resources rank among the lowest of all U.S. News top universities.”

The U.S. News states that their financial resource measure evaluates “financial resources by using the average spending per student on instruction, research, student services and related educational expenditures in the 2020 and 2021 fiscal years. Expenditures were compared with fall 2019 and fall 2020 full-time and part-time undergraduate and graduate enrollment, respectively.”

The College ranked #105 in financial resources, which makes up 10% of the overall score.

The College improved their ranking for best undergraduate teaching, moving from #9 to being tied at #7 and was ranked first for the highest alumni giving rate at a public university.

“We recognize that while rankings can provide some helpful information to future students and internally for benchmarking, no single list can fully capture all that William & Mary has to offer as a leading university,” Zagursky wrote. “That said, we understand that rankings may matter to people who matter to us, and we want to do well.”

Professor Suzanne Hagedorn, who serves as the director of the undergraduate program in English, wrote that she was not surprised the College has “once again” dropped in its rating.

“I believe that the new rankings formula more heavily counts the percentage of Pell Grant recipients than the old one did, and this aspect of W&M’s recruitment is definitely not as strong as it could be,” Hagedorn wrote to The Flat Hat. “…W&M’s former reputation as a ‘liberal arts university’ is suffering even as the present administration seeks to turn the College into a ‘premier public research university’ according to the landing page of the current website.”

Overall, the College received a U.S. News score of 73 out of 100. For reference, the three schools tied for #38 received an overall score of 74.

Along with alumni giving, the College also ranked high in student excellence (#28) which makes up 7% of the overall score.

For a more detailed report of the College’s ranking or U.S. News’ methodology, individuals can visit the U.S. News’ score breakdown. 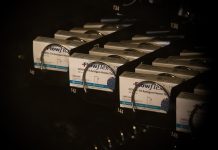