Neeltje Kackar ’26 (she/they) is a Physics/Comp Sci double major, and is aiming to visit every club/organization at W&M by the end of her senior year. In her previous little free time, she loves to code hobby projects in Python and Rust, and she loves to make sure her “Invite Me To Your Clubs” flyers are on top at Swemromas. Email her at misc@wmclubs.blog.

Hiya, I’m Neeltje Kackar ’26! I’m writing a series of opinion articles for The Flat Hat intended to highlight some of the best clubs I’ve been to. My hope is that by writing these articles I can contribute to a sense of extracurricular connection among students at the College of William and Mary, and help peers find interests that they never would have had otherwise.

For anyone majoring in STEM, woman or not, WISE is basically a dream come true! It’s an extremely welcoming and friendly club that offers networking, career advancement, lectures from experienced faculty, and more. Even though it’s definitely targeted towards women, the meetings and faculty lectures are useful to all genders.

On the night of Sept. 12, 2022, I was just finishing up a meeting of Lazarus Rising (a homeless education service club; review to come!) in Tucker Hall 310 when I realized that I still had 5 hours left in the night, and no more clubs to visit. I quickly opened up TribeLink to view the Events page, and in a stroke of luck, I saw the WISE interest meeting announcement at 7:30 p.m., approximately 30 minutes before the meeting started. I immediately started walking over to ISC 1280, with no clue as to whether I’d even be allowed into the meeting.

When I arrived about 20 minutes before the start, the club president was the only one there. She was busy attempting to get her slides to display on the projector, so I tried slipping in quietly, yet she still noticed. She was extremely friendly though, and she didn’t make me explain my presence. After a few minutes, other people started trickling in. By the time the interest meeting had officially started, there were about 35 people, though I hear normal meetings are 10-15 people. As with many clubs, exec had prepared a slideshow with info about the club and their exec team. Once that was over with, we moved on to a Jeopardy game themed around the letter W (because WISE starts with a W, I presume). If I recall correctly, the questions were surprisingly difficult. On average the teams got like 60% of the questions correct, which shows you that this is a club that takes knowledge seriously (however, even if you aren’t a trivia nerd or STEM-oriented, they’d still welcome you). They even had food as a prize for the winning team!

I’d like to take a moment to applaud the organization and efficiency that WISE’s exec team showed. The Jeopardy game was one of the best planned Jeopardy games I’ve played, even better than many teacher-run games. The Jeopardy rules were not followed to the letter (for example, every team got to answer every question, and points weren’t taken off for wrong answers), but they executed their own rules consistently and fairly. In addition, they managed to get through a full game on a 5×5 board in something like 30 minutes, a time surpassed only by Archery Club’s interest meeting, and even then it was only surpassed by a minute or two.

Overall, I think WISE was an enthralling club with an amazing interest meeting, and I definitely plan to return in the future. It’s friendly to newcomers and returners alike, and it provides a pretty good networking opportunity for STEM majors like me. 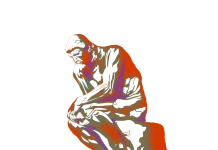