Home Opinions Columns On the names of math classes

Adam Jutt ’25 is majoring in economics and math. Aside from being an opinions editor, he is a member of Club Tennis and involved with InterVarsity. Feel free to email Adam at adjutt@wm.edu.

I came to the College of William and Mary not sure what I wanted my major to be. My frontrunner for a while was government. Then one day my freshman fall, while hanging out with a couple of friends, the conversation turned political. Not political in the traditional, contentious-policy-debate sense, but political in the benign, meta, “how much do we know about politics” sense. Essentially, we were quizzing each other on our ability to name the individuals holding important political offices in America: name three members of the Cabinet, name five Supreme Court Justices, etc. Expectations were highest for me, as all were aware of my intention to pursue government, or at least public policy, as an area of study. So, when I was asked my first question the tacit assumption was that I would scoff, answer it correctly without needing to think, and request a more challenging one.

The question was “who are Ohio’s senators?” That might not sound like a softball, but in light of the fact that I lived in Ohio for the first eighteen years of my (at that point) eighteen-and-a-half-year life, it really was. And yet, no names came to mind. I sat in dumb — in all senses of the word — silence. For a long time. An embarrassingly long time. That is, until my friend broke it by sympathetically remarking that brain-farts happen all the time, and inviting me, as a second chance of sorts, to instead name Ohio’s governor … or perhaps my district’s Congressional representative … or even Cincinnati’s mayor. It’s like I had fallen off a ship into the ocean, and this friend of mine was throwing out life buoys, one after another. However, instead of taking hold of one of the buoys and using it to stay afloat, the buoys smacked me right on the top of the skull, one after another, knocking me unconscious and expediting the drowning process.

The deep embarrassment from that event blossomed quickly into unadulterated shame. That shame eventually graduated into a full-blown identity crisis. And that identity crisis prompted a thorough investigation into other potential areas of study, which approximately a year later — last semester — translated into my declaration as a math and economics double major. Having taken a lot of government classes freshman year, I felt a little behind in both majors’ curricula, so I built a schedule for this semester comprised exclusively of courses in those departments, three math and two econ. I anticipate that it will be quite a challenging semester. However, as we finally reach the topic of this article, convincing family and friends that you are up for a relatively intense semester is a difficult task for math majors, thanks to an idiosyncrasy in the names of math classes.

At some point on some recent break I ended up talking to my mom, as one does, about my upcoming schedule. I started, for no particular reason, with my econ classes. I recall trying to stifle a proud grin when it came time to mention Bayesian Econometrics, and then shortly thereafter trying to pretend I had some semblance of an idea what Bayesian Econometrics is (or would it be “are?”). The haughtiness of the name — and my scatterbrained, Google-fueled, undoubtedly errant explanation of the content dealt with in such a class — did indeed seem to have the desired effect of impressing upon her that I am quite the scholar.

Then it was time for the math classes.

The first one I listed was Ordinary Differential Equations, which — instead of being met with a nod or a “got it” or an “oh cool” or any of the other generic reactions typically employed in conversations about class schedules — had the inexplicable effect of causing her to laugh. After I pressed her for an explanation, she explained that she thought it was funny that a supposedly college-level math class had the word “ordinary” in it; that certainly seemed to run contrary to the notion that math classes should get harder as you take more of them. I agreed with her assessment with a laugh of my own, though I made a mental note that maybe in future schedule-based conversations “differential equations” would do just fine.

Next, I cited Abstract Algebra. “Algebra?” She asked, caught off guard. “Abstract Algebra,” I retorted, hoping to convince her by my intonation that the probable difficulty of any ‘abstract’ type of math outweighs the conflicting connotations of ‘algebra,’ the math class taken by most U.S. students sometime between the seventh and ninth grades. She seemed unconvinced.

I knew I would be digging myself into an even deeper hole with the third math class before I even said it. “Graph Theory,” I eventually, dejectedly sputtered out. She looked at me in wide-eyed, ecstatic disbelief, before eventually explaining that my 11-year-old brother Ben had also just started learning about graphs in his math class, and that if I needed her to quiz me on the difference between the x and y axes she would be happy to help. There’s no coming back from that. I walked away from that conversation thinking it was a funny, though slightly demeaning, coincidence that all the math classes I was set to take had some quirk in their names that made them sound really basic. The next time I looked on the open course list, however, it became clear quickly that there was no coincidence, for the easy-sounding-college-math-class phenomenon was far from restricted to those three.

“Foundations of Math,” for example, sounds like a pretentious preschool’s name for their approach to math, replete with units about counting to ten and what a triangle looks like. “Linear Algebra” seems like a class that would use a whole lot of slope-intercept form. “Elementary Analysis,” regarded by many as the most difficult class math majors are required to take, literally has the word elementary in it. Elementary (adj): 1. Relating to the basic elements of a subject. 2. Straightforward and uncomplicated. “Topics in Number Theory” certainly sounds like a blow-off class to the average outsider, who would probably imagine tests include questions like “do you think a bajillion or a gazillion would be bigger?” and “do you write your sevens with the little dash across the middle or not? Explain your answer.” Finally, take Math 430, “Algebra II,” which shares a name with a math class literally every student, at least in my home state of Ohio, must have taken at some point to graduate high school.

What’s my point? Am I terrified of the thought that people will, based on my schedule, assume I am taking a highly remedial curriculum? Not at all — well, maybe a teeny bit — but more than anything else I think it’s hilarious, and have enjoyed telling my pre-teen siblings that I’ll be calling them for help the nights before I have tests. My point is that, for those of you not studying math with friends who are, if said friend says they are overwhelmed because of how much work they have for geometry, don’t assume they are being sarcastic. And if a friend exclusively refers to their classes as “Math 311” and “Math 451,” now you know why. 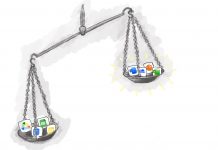