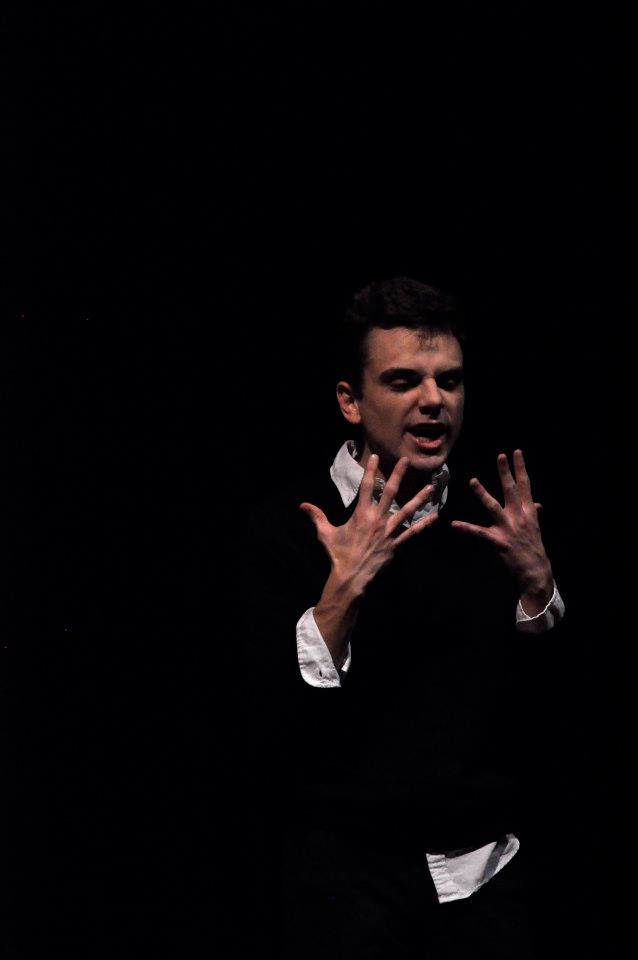 “Hamlet” has the distinction of being William Shakespeare’s longest and most performed play. It’s also one of the most quoted. Any casual theater-goer will find him- or herself hearing recognizable phrases from scene to scene. If you find yourself wondering why frailty’s name is woman, why the lady doth protest too much, or why some of Shakespeare’s lasting quotes are laced with a surprising amount of misogyny, then “Hamlet” is probably the reason. The play comes with a built-in familiarity that raises audience’s expectations to a level that is almost absurdly high. Shakespeare in the Dark’s production of “Hamlet,” which ran Nov. 1-4 and was co-directed by Robin Parrish ’13 and Jason Via ’15, suffered a bit from this anticipation, but for the most part came away unscathed.

The play itself concerns the Danish prince Hamlet and his quest to avenge the murder of his father perpetrated by his foul uncle Claudius. Prodded forward by the ghost of his father, Hamlet is gripped by indecision and soon feigns madness in an attempt to elicit a confession from his murderous uncle. The play culminates in a well-choreographed scene of swordplay, poisoned cups, and an almost ridiculously high body count.

The opening moments of the play set an eerie tone. The stage and the audience were enveloped in almost total darkness, the only light emanating from two character’s flashlights on stage. Slowly, the Ghost crept silently forward. The flashlights attempted to arrest his movement, illuminating him briefly for a moment but casting him in total darkness the next. This lent to the opening a somewhat cinematic quality to the opening that, unfortunately, didn’t continue throughout the rest of the play.

On the whole, there seemed to be a lack of imagination with lighting, costuming and staging. The costumes, although minimalistic, lacked consistency. Most characters were dressed in straightforward business casual attire, while some wore tights and denim. This variation in clothing proved to be distracting from the play as a whole, provoking questions about where and when the play was supposed to be taking place. These questions, although they may be pertinent to Shakespeare’s original staging, are better left unaddressed in modern-day interpretations.

As for the thespians themselves, Ian Lyons ’14, who portrayed Hamlet, carried much of the play on his shoulders. Lyons had a valuable sense of timing for his scenes, finding small moments of relish in Hamlet’s madness. He was effective in his part, but the gutsier roles tended to land with a greater impact.

Nathan Sivak ’13, playing both Claudius and the Ghost, had the task of creating two distinctly different characters and making them both interesting in their own right. Claudius is a scenery-chewing, chair-throwing, sneering brute of a king, and the Ghost is a somber, forbidding and mesmerizing shadow of a king. The Ghost serves as the impetus of the play, pushing Hamlet aggressively to take an eye for an eye.

Nina Cavazos ’13 played Ophelia with heartbreaking sincerity. Although chemistry may have been lacking a bit with Hamlet, she brought to the part an almost intangible sense of sadness, especially in her monologue. She shrieked mournfully on the stage, provoking goosebumps from the audience members, as if the body was reacting to something the mind couldn’t entirely comprehend.

Additionally, the small parts of Rosencrantz and Guildenstern, played by Andrew Perry ’16 and John Kean ’16 respectively, garnered a large amount of attention in their scenes. The actors, physical antitheses of each other, provided necessary humor to a play with a mostly dreary plot. Perry especially stole his scenes, making the bold decision for his character to strike poses. The choice worked incredibly, elevating his performance to a bizarre and humorous level of vanity.

One of the more intriguing creative decisions was switching the gender of Laertes. Emily Wolfteich ’14 played the role softly in her scenes with Ophelia and with deliberate coldness with Claudius. The sisterly connection between Laertes and Ophelia was relatable and made what came later in the play much more heartrending than it would have been had Laertes been portrayed as male.

However, the biggest downfall of the play was the lack of growth in Hamlet’s character. The different moments of the character’s growth were often not very clearly expressed. For instance, the mannerisms of the sane and mad versions of Hamlet were far too similar, and the climax of the story was played without conviction. In the final moments, it is a bit ambiguous as to why Hamlet makes the decision that he does, leaving the audience feeling as if something is missing.

The production was aided by gutsy performances and an extraordinary story. Although the burden of the play’s popularity weighed heavily on the production, it was generally carried through with confidence and a large amount of self-assurance.