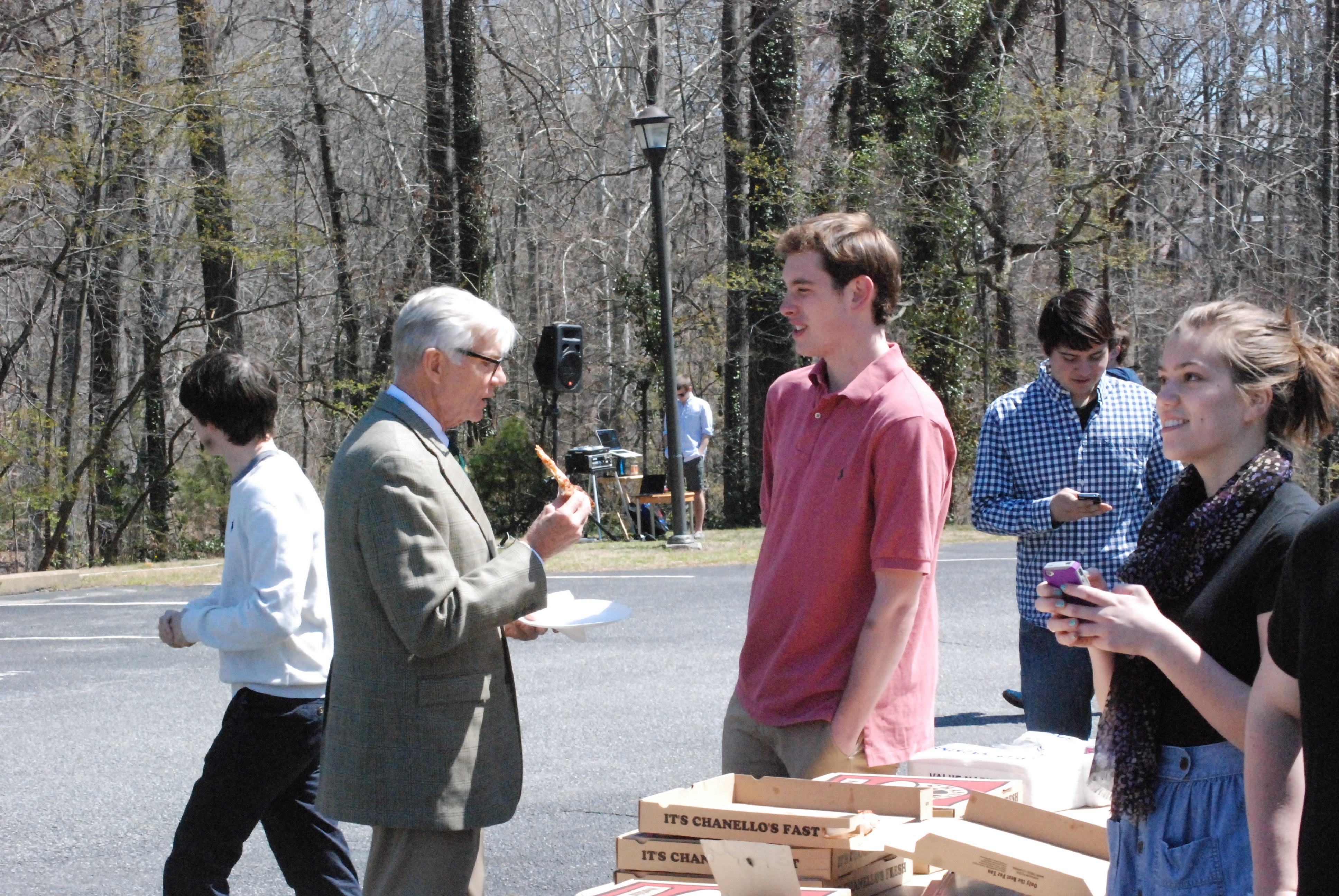 In 1962, the Soviet Union placed missiles in Cuba, Ringo Starr joined the Beatles, and President John F. Kennedy promised to put a man on the moon by end of the 1960s. In the midst of all that was going on in the world, the College of William and Mary was building Yates Hall.

Yates celebrated its 50th anniversary with a block party Saturday. The dorm has seen a variety of residents, switching from all male, to all female, to coed throughout its 50-year lifespan. At the event, residents both past and present, as well as staff and faculty, reminisced over memories of Yates Hall.

The celebration took place in the Yates parking lot since Yates field is currently under construction while the new fraternity complexes are being built.

“The Yates field was nice; they would have bonfires over there,” Yates Hall housekeeper Ms. Mary said. “A lot of activities went on out there in the Yates field.”

Mary Grech ’14, three-year Yates resident and two-year RA of the building’s second floor, described the Yates residents’ involvement on campus over the years, as well as its sense of community.

“It was cool when I was going in and inviting people to this event because I realized just how much of William and Mary, all of my William and Mary social circles, have come from this building,” Grech said. “I have so many good memories in there I don’t want to leave; it’s horrible. I’m going to start crying … It’s amazing to see how the group of 250 every year is all together but branches out and does so many things, and if you think about all the different people who have been through this building and what they’ve branched out to do now, it’s just an incredible population that does so many things and has this one common root.”

“I think Yates is different; it’s more unique than the other freshman residence halls,” Miller said. “The way it’s built, it’s a very linear building, so it’s a very straight course. To get from hall to hall, you have to walk through a lounge, which makes you see people and confront people versus [dorms] like DuPont … The way DuPont is built, it doesn’t allow you to interact with other residents.”

“I think even just having a community shower and bathroom, you see people more,” Sutton said. “I probably had some of my best times at William and Mary in Yates with my residents. … Each hall was very different … but they were all just so great and so awesome.”

Yates is located between the Randolph complex, the Commons Dining Hall and the units.

“It’s almost like a hub; it’s in the center of the resources that we enjoy,” Miller said.

College President Taylor Reveley spoke at the block party, speaking about the College’s last significant birthday, when it turned 300 in 1993. The College received a visit from Prince Charles, and Queen Elizabeth attended a celebration for the College in London, England.

“[This year] I sent a little message to Queen Elizabeth and Prince Charles and said ‘Hey, Yates is having its 50th, do you think you could at least send a princeling, maybe Will or his miscreant brother?’ They sent warm regards,” Reveley said.

“He only lasted four years as president, and then apparently the job killed him,” Reveley said. “But he apparently was a reasonably decent president and well worth naming a dorm over.”

The Accidentals and the Stairwells a cappella groups also performed at the event, while both current and former residents enjoyed pizza and birthday cake.

“I think it’s very exciting; there are so many residents, and they have such great ideas,” Area Director Darcy Johnson said. “This year’s [hall council] has done a great job of getting this idea together.”

Some expressed surprise that Yates has been around for 50 years.

“That is wonderful,” Ms. Mary said. “There’s a lot of memory in here. I worked from the third floor to the basement. I know every crack and crevice in here.”