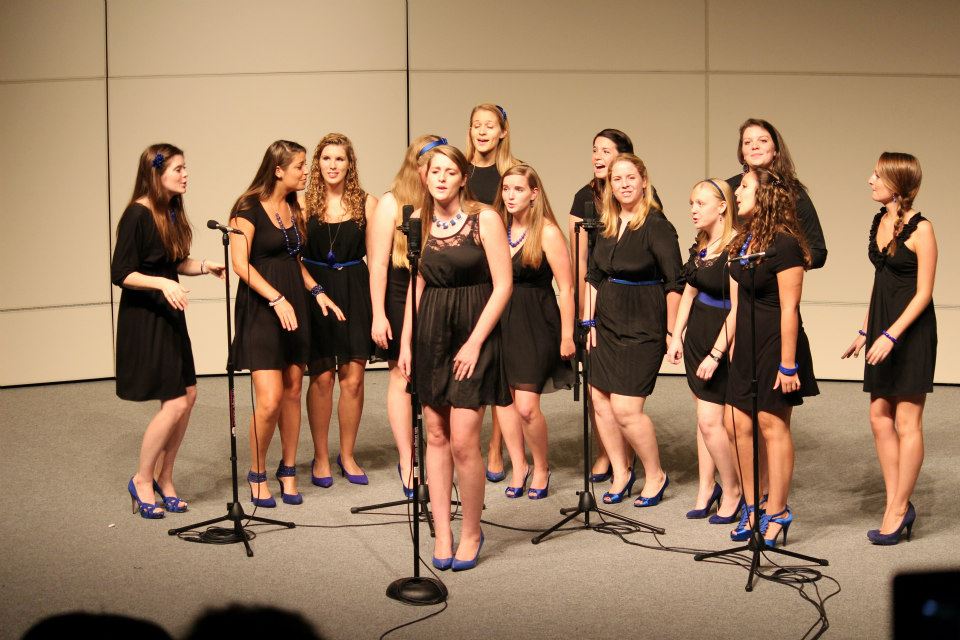 The College of William and Mary’s blue-shoed ladies of Reveille took to the Wren portico Wednesday night in their Wren 10 performance. Kicking off their 21st year at the College, the group kept the mood light and casual with just a dash of soul and sass.

Overall, Reveille gave a good performance full of clear melodies, strong soloists and dynamic stage presence. The group maintained cohesion and control while still managing to exude confidence and humor. Each soloist played off the audience’s energy and anticipation, adopting the feel of each song into her own persona.

The girls were eager to introduce their newest group members. The affectionately named “Reva-babies,” Laura Follansbee ’16, Gillian Guidice ’17 and Lindsey Hughes ’17, made their debut Wren performances and showcased their own unique talents, which included playing the hand-trumpet.

Reveille’s musicality was consistent throughout. Although a few soloists had trouble handling higher notes, the group demonstrated great tone and range, especially in its rendition of Ellie Goulding’s “Anything Can Happen,” which featured climactic crescendos and in the spunky mash up of “Sweet Home Alabama” and “Back in Black.” While group choruses were some of the most memorable parts of the evening, they often overpowered the soloists who had to make a great deal of effort to be heard.

Reveille’s encore performance was a resonant and electrifying rendition of Whitney Houston’s “How Will I Know,” which they performed with tenacity and poise. The group’s soulful style shone through bold belts and robust melodies.

Reveille proved that a great a cappella group needs more than a blend of melodic voices; it requires a fusion of talented and close-knit individuals who know a thing or two about class and soul. While it would have been nice to see the group break away from what could be considered a safe set-list, Reveille sent the resounding message that as long as the group is onstage singing together, everyone is right where they belong.