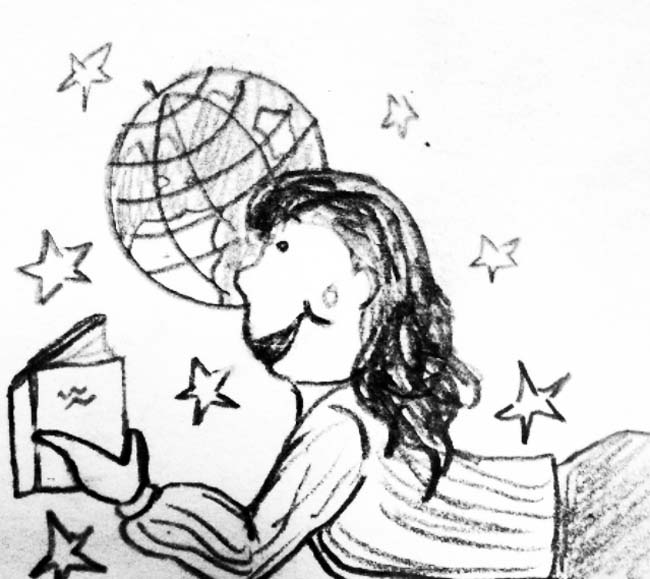 Almost 90 percent of the time, that’s the response I get when I tell someone I’m an English major, and I’m sure most English majors can relate. While we may take pride in the number of classics we’ve read, pages we’ve written and words in our vocabulary, it hurts that much of the student population thinks those classics, pages and words are utterly useless when it comes to the real world. After all, why does it matter if we can spot the central theme of “For Whom the Bell Tolls”?

After philosophy, English majors probably get more heat than anyone. While most of campus (even the philosophy department) spends its time searching for truth, we have our heads buried in fiction, sometimes known as the made-up stories some old, dead guy decided to write down a million bajillion years ago. When you look at it that way, there isn’t much you can do with an English degree, except teach others about made-up stories and their old, dead authors.

Teaching is great, but (surprise!) it’s not the only option. Many (most?) English majors want to be writers, although admitting that is even worse than the initial “I’m an English major” confession. These days, saying “I want to be a writer” sounds like the equivalent of “I want to be a rock star.” People look at you, blink a few times, and say, “Well, good luck with that.”

But being a writer does not necessarily mean you have to write the next great American novel. In fact, you don’t even have to be published. Being a writer is, well, writing, and unfortunately, that’s a vanishing art. As high schools continue to teach to the test — that is, push the five-paragraph essay — fewer and fewer students take writing seriously. It’s a formula, and while it might suffice in academia, it’s not the type of writing employers want to see. That’s why, despite common belief, English majors often do very well when it comes to the job market. A recent article in The Huffington Post points out that English majors only have around 9.8 percent unemployment directly after graduation, whereas “practical” majors such as economics and political science have 10.4 and 11.1 percent unemployment, respectively.

And no, those jobs aren’t only in teaching, or even the other “typical” English major jobs, such as journalism, publishing and copywriting. Many English majors enter media, politics and business, where communication skills are crucial. In addition, those careers require that one understands people, and no major, except perhaps psychology, does that better than English.

A study at Emory University showed that reading fiction improves empathy, imagination and visualization abilities. It also “improves cognition and mental health, helping us to destress, sleep better and even help you stay sharp.” I’ve even heard it said that readers tend to unconsciously emulate their favorite characters: Whether they realize it or not, they’re likely to adopt Scarlett O’Hara’s resilience, Harry Potter’s courage, or Samwise Gamgee’s loyalty. Then there’s the argument that English majors don’t study literature, necessarily; rather, they look at what it means to be human.

Nobody says it better than Robin William’s character in the film “Dead Poets Society”: “We don’t read and write poetry because it’s cute. We read and write poetry because we are members of the human race. And the human race is filled with passion. And medicine, law, business, engineering — these are noble pursuits and necessary to sustain life. But poetry, beauty, romance, love — these are what we stay alive for.”

I might also point out that literature is one of the oldest disciplines, and there’s something to be said for the adage “tried and true.” Humans have been telling stories for centuries. For the longest time, they have been a critical element of learning. Stories teach us morals and values, both when we are young and as we grow older.

No, a degree in English won’t help cure cancer, or improve clean energy, or discover life on other planets. But it will help us understand humanity, and if that’s not practical, what is?