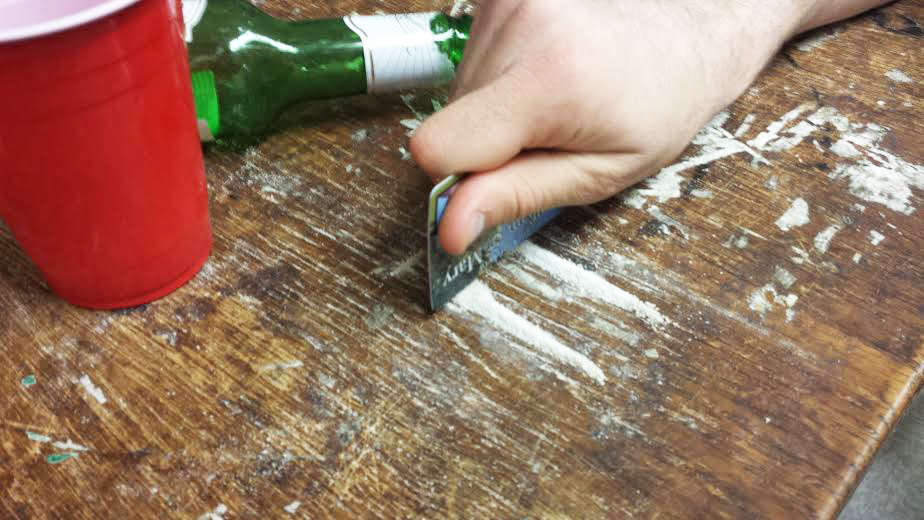 On the more than 7,000 college campuses across the country, Substance Abuse and Mental Health Services Administration surveys from 2010 indicate that 20 percent of students used illicit substances in the past thirty days. In the Commonwealth of Virginia, the numbers show that 19.95 to 22.04 percent of people aged 18 to 25 consumed illegal drugs. Drug arrests on college campuses in the state rank in the 40th percentile of states in terms of arrests.

Students sometimes see violations and repercussions as a grey area. Where a drug violation takes place — on campus grounds, within campus housing or off campus — can complicate the distinctions between enforcement in terms of whether it falls under the jurisdiction of College of William and Mary administrators, campus police or Williamsburg police.

The process by which students suspected of consuming drugs in on-campus housing are investigated depends on the type of drug consumed. Without a search warrant, campus police are unable to search a student’s residence. Director of Residence Life Deb Boykin said charging students with using marijuana, the most prevalent drug on campus, is difficult without definitive evidence. According to Boykin, a Resident Assistant smelling marijuana outside a student’s dorm room does not constitute a preponderance of evidence.

“Sometimes what might happen is if the RAs are doing their rounds and smell what they think is marijuana, they will call the William and Mary police and the smell is gone, and there’s nothing anyone can do. … The area director will talk to the students in the room and say ‘I don’t know what’s going on over here, but there have been reports that people have smelled marijuana’ and give them a kind warning,” Boykin said.

If the incident occurs again, however, the police may obtain the right to a search warrant.

“If drugs are in a student’s private room, we don’t do regular searches — the only way we can do searches is if there is cause,” Boykin said. “If somebody tells us that there are drugs in the room, and it’s a reliable source, we may do an administrative search. That is something that happens extremely rarely.”

When an arrest is made, Schardein noted that the police have two avenues through which they can prosecute a non-felony drug possession. One route is referring the student to the Dean of Students Office. The other path is issuing a summons.

Under conditions of anonymity, a freshman at the College mentioned how he believed the use of drugs — particularly marijuana — in dorms often leads to being caught.

“I’ve known a few [students] who’ve smoked in their dorms and been busted because of it, but it’s really rare for someone to get caught if they’re doing it outside (unless they’re in a crowded place with lots of traffic),” he said in an email.

Illicit substances that are consumed through means other than smoking are much harder for Residence Life and campus police to regulate.

“RAs aren’t trained drug counselors,” Boykin said. “Something like [a tablet drug] is going to come to our attention through rumor or something bad that happened. If you read the situation with the student that took the drug earlier the semester … we had a student who took it, had a horrible response to it, and that’s how we learned about it. It comes to our attention through something bad happening or a rumor. … The police can only do searches [when] they have probable cause.”

All offenses, however, are brought to the Dean of Students office.

“Our students have a duty to notify us if they have been involved in situations, in terms of charges or arrests, but we come by that information as well,” Dean of Students Marjorie Thomas said. “You’re a William and Mary student wherever you are, so we do have reason to hold students accountable for their behavior even if it doesn’t happen on campus. Those reports can come from James County Police, it can be the [campus] police.”

Besides the initial primary punishment outlined by the Student Code of Conduct, the Dean of Students office may choose to impose a secondary punishment on a student found in violation.

“A secondary sanction ranges from requiring treatment to taking a basic course or seeking a drug treatment center,” Thomas said. “There are times when we ask them to do counseling. We’ve had students do community service, reflective papers, presentations.”

“This is especially important if a student does not agree with the facts the Dean of Students Office presents in a case or does not agree with the proposed sanctions by the DOSO,” Desai said in an email. “Student can opt for a conduct hearing with our members as the panel who ultimately decides whether or not a student is responsible and/or what sanctions are imposed.”

According to Desai, hearings — including those that are drug-related — typically follow the same structure. Panels, who are informed by a case administrator and information collected regarding the case, determine whether or not the respondent is responsible for the charge at hand. The College and the respondent are able to call witnesses at this time. The case administrator, respondent, and panelists can question the witnesses on the stand.

Panel members hold a closed session to determine, according to the Student Code of Conduct, if “a preponderance of the evidence exists when a reasonable person, after a careful balancing of available information, would conclude a violation has occurred and the student/organization charged is responsible for the violation.”

The minimum primary sanction for drug-related cases is probation. Other penalties include removal from on-campus housing, enrollment in the New Leaf Clinic, a substance use intervention program or community service hours.

Desai, along with Boykin and Thomas, agreed that violations of drug offenses should not be viewed as a punishment. Rather, they said they believe these constitute learning moments for students to better understand the consequences of their actions, as well as to help them mature during their time at the College.

“People look at the quote unquote punishment,” Thomas said. “It’s really beyond accountability. Especially for us, we’re not an institution that rushes to expulsion. The reason for that is because we do believe in rehabilitation and educating our students, and the fact that when you hold people accountable for making poor choices and provide opportunities to learn, and learn better strategies. … Hopefully they can come back and be successful. I don’t think that gets out enough.”