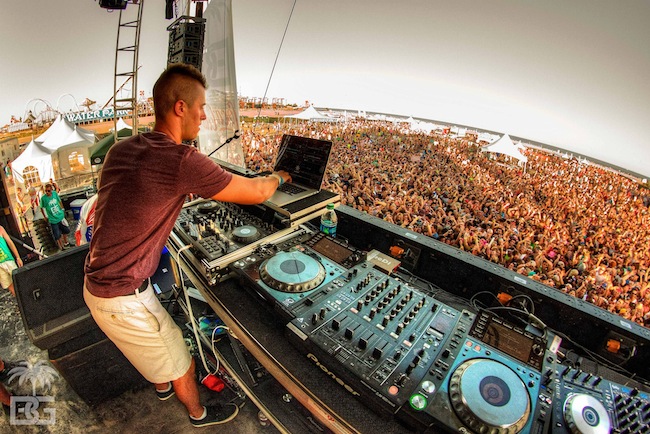 Founding and becoming the CEO of a company before college isn’t exactly typical, especially when that company is a non-profit which both organizes a beach music festival and adopts a mission to give back to the community while instilling a love of community service in young adults.

Dane Kunkel ’17 is the founder and CEO of BeachGlow: Concerts for Charity, Inc., which is an annual “EDM” music festival with the mission of raising awareness as well as money for charity. The festival hosted more than 7,000 participants this summer at the Jersey Shore. By the festival’s end, the company had raised $40,000 for the American Red Cross Disaster Relief Fund.

According to Kunkel, BeachGlow is not simply a charity concert, but also an opportunity to de-stigmatize and remake EDM’s culture, which is often associated with raves and exploratory young adults. He wishes to represent EDM in a positive light and improve its reputation.

However, BeachGlow would never have existed, Kunkel said, if it hadn’t been for a rather unfortunate accident.

“I was sixteen at the time, I was a freshman in high school, and I was training hard to be on the varsity soccer [team], and put all of my time and effort into that and I injured my shoulder,” Kunkel said.

While healing from his soccer injury, a friend introduced him to DJing.  While in bed Kunkel would practice his DJing, which eventually led to him performing at a friend’s party. After that gig, a teacher at his high school heard about his new hobby and requested that he DJ at a holiday party for The Homefront, a local charity organization in Trenton, N.J. that provides shelter, household items and food for homeless or near-homeless families.

“All of the students and teachers and little children got together and all of the barriers were broken down; there was a total sense of euphoria of all of these kids having a great time that don’t get a chance to do this that much,” Kunkel said. “All because of the music, which really inspired me to actually start BeachGlow as an actual brand.”

After his Homefront party, Kunkel wanted to do more. He had a list of artists and sponsor contacts he would reach out to through email, at times sending one hundred emails a night. Kunkel received many rejections along with a few emails expressing interest, which inspired him to keep going.

Kunkel funded his first small-scale charity concerts with donations.  With support from his family, including loans and business advice, his events started to grow.

“At first I was a little hesitant, but as time went on I realized, ‘Wow, giving back to the community is a great thing to do,’” Kunkel said. “You don’t just do it for people who are less fortunate than you. You do it for your school, and you do it for your community at home where you live. That is what has really helped me with BeachGlow; finding what means something to me and helping give back to that one thing.”

Mike Diccicco, Executive Vice President of BeachGlow, agreed that Kunkel’s spirit was one of the factors that made the event so successful.

“Dane’s passion and the infectious, relentless commitment of both Dane and his family to making this festival a wonderful event [inspired] every EDM fan who chose to buy a ticket,” he said in an email. “Dane knew that creating an incredible festival experience was the only way to achieve this end, both immediately and long into the future. Dane set an inspiring example with his energy and drive, and that helped turn a bunch of eager but untested volunteers into people convinced we could pull off the absolute best beach party of the summer.”

Kunkel continues to DJ his events. He says he has found a hobby he loves and constructed a way to combine it with a cause that he’s passionate about.

“It is a great feeling to know that something that you do and that you love is helping change someone’s life,” said Kunkel, whose advice to everyone can be found in the foundations of BeachGlow: “Follow your dreams and find a way to help someone else while following those dreams.”