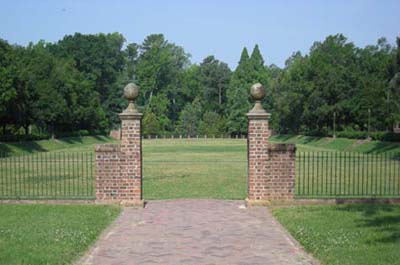 Students living on campus this summer may have noticed an unpleasant smell emanating in the hot air. This scent came from the McGill SportsTurf compost that was spread over the Sunken Garden in early July.

This compost functioned as a fertilizer and provided several benefits to the Sunken Garden’s Bermuda grass. It adds organic matter to the soil, breaks up bits of clay in the earth, and increases the ground’s water retention value, Associate Director of Grounds and Gardens John D. McFarlane said.

However, students may be surprised to learn what comprises the compost. The nutrient-rich substance contains charcoal, wood ash, cardboard, food waste, animal manure and sludge derived from food processing and treated human wastewater. Although the compost includes vestiges of human waste, or bio-solids, the fertilizer meets the criteria for Class A compost and is approved by the Environmental Protection Agency (EPA), McFarlane said.

However, students accustomed to having picnics and Frisbee tournaments on the Sunken Gardens should not be alarmed.

“Initially, I was surprised. I’m comforted by the fact that it meets the standards of the EPA,” Environmental Science and Policy major Rachel Boles ’16 said.

The McGill SportsTurf is made from 100 percent recycled organic ingredients, McFarlane said. Though one of its ingredients is treated human waste, the compost is in accordance with the Occupational Safety and Health Administration Hazard Communication Standard. The compost does contain many nutritional benefits for the Sunken Gardens.

The process for having campus grounds fertilized is an in-depth one. McFarlane drafts a Nutrient Management Plan, which includes the results of soil tests of from areas around campus. The College of William and Mary is divided into 11 zones, eight of which are on campus. The plan is then submitted to the Commonwealth of Virginia’s Department of Conservation & Recreation every three years. McFarlane writes the plan based on the soil samples, which are taken and analyzed by researchers at Virginia Tech University. This Nutrient Management Plan dictates which areas on campus need certain kinds of fertilizer.

The Sunken Gardens will be fertilized again in early October. The area will be treated with a different kind of fertilizer, so students do not need to panic about the smell. McFarlane said the Sunken Garden is fertilized more often than other areas of campus because it has been deemed a “priority area”, as it is a central fixture on campus.

“When people visit [the College], it’s one of the most visible areas. It’s used for all kinds of functions,” McFarlane said. “It behooves us to keep it up. We take it to the limit every year.”