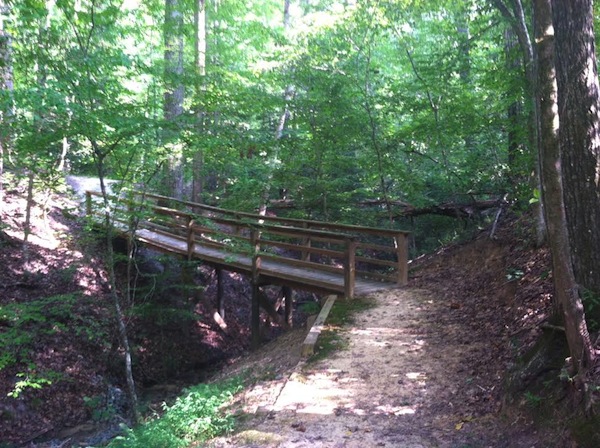 The Battle of Williamsburg, which occurred May 5, 1862, was the first major pitched battle of the Civil War’s Peninsula Campaign, and saw the Union Army of the Potomac attempting an advance on Richmond.

Dr. Glenn Brasher’s book “The Peninsula Campaign and the Necessity of Emancipation: African Americans and the Fight for Freedom” deals with slave agency during the Battle of Williamsburg. He explained that lack of familiarity with the land, inaccurate maps and swampy roads hindered the Union Army’s pursuit of the rebels. Escaped slaves, who were conscripted into building many of the defensive redoubts, often came forward with intelligence that proved crucial to the outcome of the battle. One such incident came about during the Battle of Williamsburg, when 16 escaped slaves pointed out several unoccupied redoubts on the flank of the Confederate army.

While some of his superiors were skeptical about the information, Brigadier General Winfield Hancock discovered that the Confederates had abandoned one of the redoubts. He occupied the fort with his men and delayed fulfilling his orders to return to the Union lines. Brasher said that just when Hancock was about to give up and retreat, the Confederates launched an assault.

“Longstreet finally notices and sends some troops, who’d been hanging out at William and Mary, to go over and drive Hancock out of that fort. … Hancock, who was about to leave, notices that he is about to be attacked,” Brasher said. “So he yelled at his troops, ‘Hold this ground, or I’m ruined!’”

Thanks to the intelligence provided by the escaped slaves and the efforts of his men, Hancock’s unit repelled Confederate assaults. Brasher said that he believes such incidents led to emancipation becoming an increasingly important issue in the North’s agenda.

By the time the battle ended, nearly 4,000 Americans lay dead and both sides would twist the ambiguous clash into a victory. The Confederates were interrupted mid-retreat from Yorktown and managed to escape. The Union held the ground and captured the first Confederate battle flag during the war. Union soldiers won seven Medals of Honor during the battle.

The Battle of Williamsburg and its repercussions mark just one of the College of William and Mary’s brushes with Civil War history.

Despite the fact that Union commander Winfield Scott studied at the College and graduated in 1805, students almost exclusively joined the war on the side of the South. Author of Civil War Williamsburg and Colonial Williamsburg Foundation Program Manager Carson Hudson described two students who did not join the Confederate army: a young man from Maryland and the son of a local unionist.

On May 10, 1861, the College closed due to the war’s drain on the number of students and faculty. Even anti-secessionist College President Benjamin Stoddert Ewell joined the Confederate army, rising to the rank of colonel.

This enthusiasm for the war did not last long, according to Lisa Heuvel ’74 M.A. ’05 Ed.D. ’11, of the Colonial Williamsburg Foundation. Heuvel has written about Virginia history for 40 years and recently published a book with her son Sean Heuvel ’02 M.Ed ’05.

“The romance of warfare disappeared fast,” Heuvel said in an email. “Imagine the shock of over 1,500 Confederate casualties, wounded, and missing with almost every public building transformed into a hospital, including what we now call the Wren Building. In the rain and darkness on May 5, 1862, one Confederate soldier described the terrible realities of the battle on view there: ‘Wounded, dying, and dead — here, there, everywhere — halls, recitation rooms, dormitories — all were crowded with bloody bodies!’”

After the Battle of Williamsburg, the Union Army occupied the College itself. On Sept. 9, 1862, the Sir Christopher Wren Building — or “Main Building,” as it was then called — was engulfed in flames for the third time in its history. Drunken members of the Union’s 5th Pennsylvania Calvary allegedly set the fire. The Civil War devastated the College, and even after Ewell used his own money to reopen the school in 1869, it shut down in 1881 and stayed closed until 1888 due to lack of funds.

Despite its national and local impact, Hudson said the Battle of Williamsburg remains relatively obscure compared to larger battles like Antietam and Gettysburg.

“The reason why no one remembers the Battle of Williamsburg today is that the Civil War was so horrible, that later battles dwarf the casualties at Williamsburg,” Hudson said. “If we had a battle in Iraq today in which we had 4,000 Americans killed or wounded, it would be a major thing. But at the time, compared to Gettysburg and other battles, it’s a minor battle.”

Discover how the Williamsburg Battlefield came to be included on a list of Virginia’s most endangered historical sites.

Correction: College President Benjamin Ewell fought for the Confederacy. One of the students who did not enlist in the Confederate army was from Maryland, not Pennsylvania.