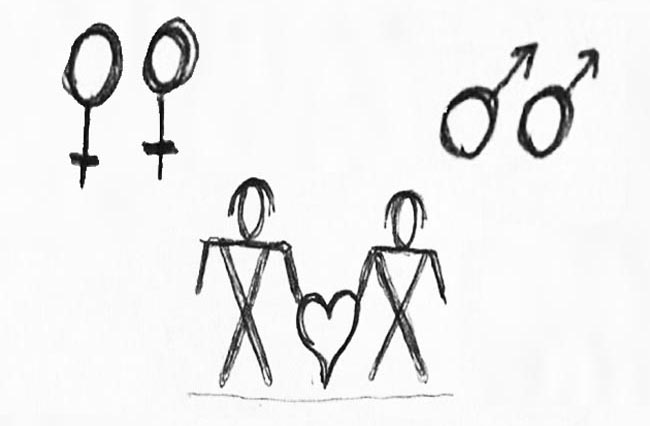 Vatican City bishops released a report Monday promoting openness toward gay unions in the Catholic Church, a surprising vote of tolerance from one of the LGBT community’s biggest opponents.

With more and more states — Virginia recently included — legalizing gay marriage, political qualms dealing with gay marriage are inching toward resolution. But a change in attitude is just as, if not more, important than a change in the laws themselves. If religious institutions can make the change to be as accepting as many of their constituents are, religion can be a uniting force.

I don’t support Catholic views on gay marriage, birth control or divorce. I see the Westboro Baptist Church on the news and cringe.

But I know that these are a gross minority within a greater belief. There are Catholics who get divorced, use birth control, and have gay friends and family that they love. A few months ago, the Pope instructed bishops to survey the members of their churches on several divisive topics. Not surprisingly, the results in Europe and the U.S. were more liberal than in other areas, and the overall results showed major inconsistencies between the church’s beliefs and the beliefs of many of its constituents.

The College of William and Mary is a fairly liberal school, but it’s also a school of many different religions. There are 36 different religious organizations on campus, and I’m sure there are many different beliefs among and inside of those clubs. Being gay or supporting equality for gay people doesn’t mean you’re not a part of a certain religious community. What I love about this school is that we all come from different backgrounds and beliefs, but we support each other and when we don’t, we talk about our differences. I’ve learned here that dialogue is essential. Without it, how can we change?

Even if the general teachings of the Catholic Church aren’t changing, opening a dialogue about these issues and acknowledging peoples’ differences in opinion better represents the Catholic community. When people think of Catholicism or Christianity, they can stop thinking of comically horrible nuns or 20 aggressively happy people surrounding Earl Gregg Swem Library trying to hand you Bibles. Instead, they can start thinking of Pope Francis saying, “Who am I to judge?” when asked about whether gay people can be considered good Christians.

I have never been very religious, but I’ve seen all the good religion can do. Religion can comfort you when you first confront death or when your mind is drowning in unanswered questions. Religion can help you find forgiveness if you want to be forgiven. Religion can bring families and strangers together in a church, a synagogue or a mosque. Religion can help you through the stress of college and troubles with your friends and relationships. We’re young, and we’re trying to build our lives. Why not make that as easy as possible, rather than trying to reconcile conflicting beliefs that the church says are only black and white?

This new document is a big step for the LGBT community, but I think it’s an even bigger step for religion. If being accepting and loving was the written rule for Christians rather than the broken one, the world could be a better place for both religious and secular people.