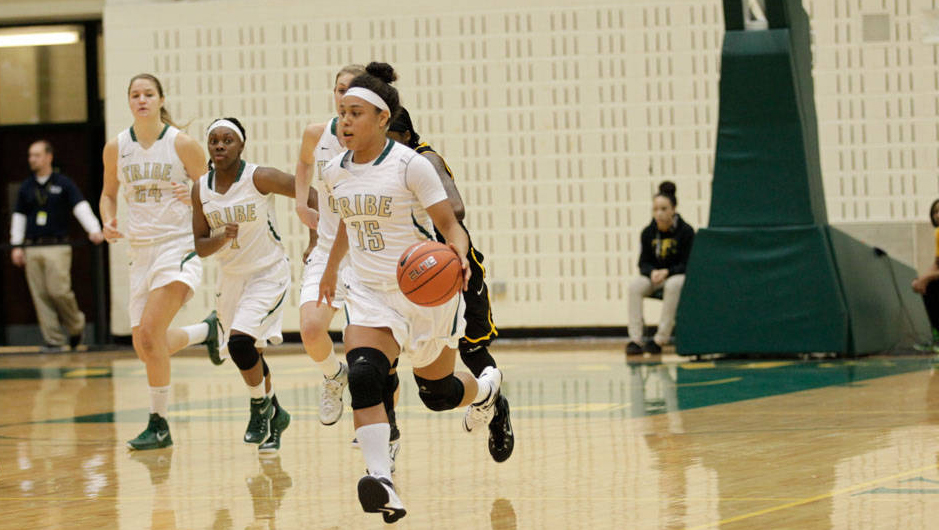 William and Mary collapsed on the road Thursday night, falling to host James Madison 92-50. Senior guard Jazmen Boone led the College with 16 points; no other player scored more than eight.

The Dukes (16-2, 7-0 CAA), the Colonial Athletic Association pre-season favorite, shot 43 percent from the field and 57 percent from deep en route to 92 points — a season-high output. Meanwhile, the College (7-11, 1-6 CAA) failed to gain any offensive traction.

A 26-point first-half effort was followed by a 24-point second-half performance. Low shooting percentages highlight the Tribe’s night-long struggle — all told, the College hit 34 percent from the field, 18 percent from deep and just 57 percent from the line.

Boone stood out in the midst of the team’s poor shooting night. The senior captain finished with 16 points on 6 of 8 shooting, including four rebounds and three assists.

The College scored first and enjoyed a two-point lead for nearly two minutes to open the game. James Madison then gained and never relinquished the lead, working to build a game-high 44-point advantage late in the second half.

The deficit did allow 13 Tribe players to see action, however, as head coach Ed Swanson adjusted on-court lineups in hopes of igniting a spark. Boone stood out in the midst of the team’s poor shooting night. The senior captain finished with 16 points on 6 of 8 shooting, including four rebounds and three assists.