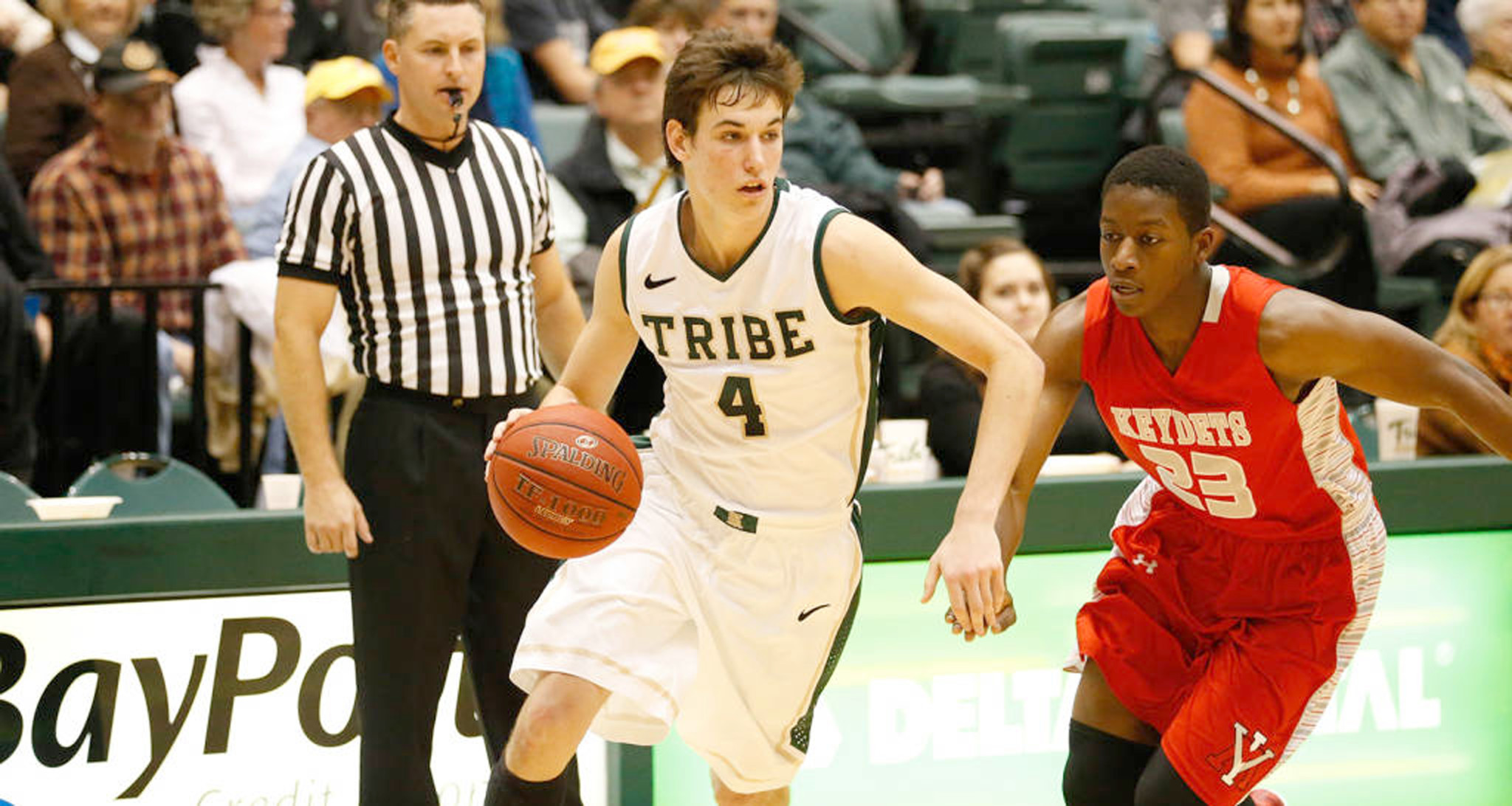 William and Mary led 56-40 with just over 15 minutes remaining in its game against Delaware Wednesday night. The College appeared certain to win its sixth Colonial Athletic Association game out of its first seven. But Delaware generated a huge rally in the final minutes, leaving the Tribe with an 84-80 loss in Newark, Del.

The Tribe (11-6, 5-2 CAA) entered the game on top of the CAA standings and seeking revenge against the Blue Hens (4-14, 3-4 CAA), who knocked the College out of last year’s CAA Tournament final. But after trailing for most of the contest, Delaware seized the lead with just over four minutes remaining and hung on until the final buzzer.

Thornton also became the Tribe’s all-time leader in three-pointers with his 279th triple. Thornton passed David Schneider ’10 and is currently 184 points away from passing Chet Giermak ’50 as the College’s all-time leading scorer.

The Tribe offense started at a roar as the College hit six three pointers in the game’s first seven minutes to jumpstart a 44-point first half. The Tribe hit nine of 14 threes in the first half and held Delaware to 43 percent shooting to take control of the game with a 44-32 lead at halftime. The Tribe carried its potent offense into the second half and Prewitt nailed a three pointer to give the College a 56-40 lead with 15:36 left in the contest.

That advantage wound up being the Tribe’s peak, and the Blue Hens gradually chipped at the 16-point lead over the next several minutes. The College missed its next seven shots as Delaware made a 15-2 scoring run to cut the Tribe’s lead to 58-55 with 11:39 remaining. Though the Tribe’s offense recovered, Delaware’s shooting spree proved damaging.

After the teams traded points for the ensuing seven minutes, Delaware’s Devonne Pinkard hit a layup to give Delaware its first lead of the second half, putting the Tribe in a 70-69 hole with 4:28 remaining. Though the College hit consecutive shots to regain a 73-70 lead, Delaware answered with five quick points to pull ahead for good. Prewitt’s sixth three pointer of the night cut the Blue Hens’ lead to 82-80 with six seconds remaining, but Delaware’s Kory Holden drained two final free throws to seal an 84-80 loss for the Tribe.

The loss dropped the College to second place in the CAA, and the Tribe now trails Northeastern (13-6, 5-1 CAA) in the conference race. The College will have a chance to regain first place, however, when it hosts Northeastern Saturday in Williamsburg, Va. Tip-off is set for 2 p.m. at Kaplan Arena.