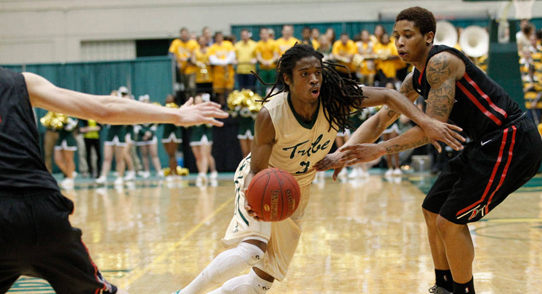 William and Mary fell to Northeastern  75-64 at Matthews Arena Wednesday in Boston, Mass. This loss may affect the Colonial Athletic Association regular season title and post-season seeds. At press time, the College sits at a three-way tie for second with Delaware and UNC-Wilmington.

With sophomore guard Daniel Dixon still out with a hamstring injury, the College faltered in its defensive efforts. The Tribe’s defense couldn’t slow the Huskies’ offensive attack, allowing Northeastern to make over 63 percent of their three-point shots.

Additionally, Northeastern dominated the Tribe on the boards in the first half, as the College only grabbed four defensive rebounds to Northeastern’s 15. The Huskies netted 13 assists on 14 completed shots.

Despite its first-half struggle, the Tribe trailed by only nine points and began a promising comeback bid, answering Northeastern shot-for-shot for much of the second half.

The Tribe faced a seven-point deficit with just over 14 minutes left, but the Huskies responded with an 8-1 run to increase their lead to 14.

Northeastern led by as many as 19 points, eventually wining the game: 75-64.

Senior guard Marcus Thornton put up 17 points, breaking the 2,000-point barrier for his collegiate career. Thornton is on pace to break the Tribe’s all-time scoring record of 2,052 points, which Chet Giermak set in 1950.

The College has three games remaining before the CAA Tournament in Baltimore, Md., scheduled to take place March 6-9. The Tribe plays its final road game Sunday, facing Hofstra at 4:30 p.m. The Tribe and Hofstra’s last matchup was Jan. 28  in Kaplan Arena, where the College won definitively 100-79.

The Tribe returns to Kaplan Arena to play two final home games, against Towson Feb. 25 at 7 p.m. and Drexel Feb. 28 at 2 p.m. The game against Drexel will be the final home game for seniors Thornton and forward Tom Schalk, and will be nationally televised on Comcast Sports Network.