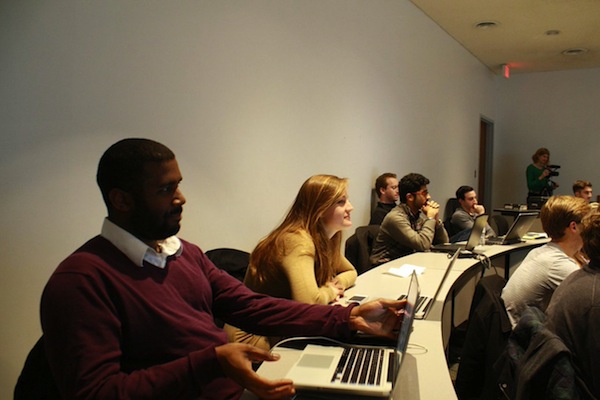 The College of William and Mary’s Student Assembly will vote Feb. 24 on the One Tribe Resolution. This act addresses the racial climate on campus and racially charged incidents, such as inappropriate reactions to the “die-in” in Earl Gregg Swem Library last semester and racially insensitive party themes this past January.

“We recognize as a Student Assembly that those issues weren’t just issues of the week, but something that William and Mary has struggled with for a longer time,” Sen. Chase Jordan ’15 said.

The responses to the SA’s Racial Climate Survey also confirmed this sentiment.

The first part of the resolution addresses issues on the College’s campus. The second part touches on actions that the SA believes will help the racial climate, including the implementation of a bias reporting system and inclusive programming.

The bias reporting system which the resolution proposes would work similarly to the reporting process for Title IX incidents. Under the system, students who feel that they were discriminated against would have the opportunity to write a report about the incident and send it to the Diversity and Equal Opportunity office.

“The way that I look at it, it’s putting power back into One Tribe, One Family,” Sen. Yohance Whitaker ’15 said. “It’s making sure that all members of the William and Mary community feel as though they are included and understand that they are valued. The Student Assembly is the one hearing the concerns and responding appropriately to those concerns.”

In Fall 2007, the College had a bias reporting system under former College President Gene Nichol, but this program was not continued following his resignation.

Sen. Nadia Ilunga ’15 said the resolution stresses programming to add weight to the statement itself.

“Even though resolutions are important and statements are important, they can be empty if they don’t have any teeth,” Ilunga said. “Just to say something is one thing … but if you don’t have actions that follow up that statement is really empty.”

Jordan acknowledged that although the Student Assembly and the administration already have diversity programs, there was not much communication between the two groups about programming.

“We viewed this resolution as an opportunity that both the faculty and the students were on the same page,” Jordan said.

According to Ilunga, the Student Assembly plans to promote existing programs about bias and discrimination, such as the Student Engagement and Empowerment through Dialogues project, in addition to creating their own programs.

Jordan said the timing of the Student Assembly’s response to racial incidents on campus is due to their wish to make their response influential and to ensure that they will follow through on their words.

“In order to make the resolution impactful and substantive with different systems on campus and with different programming, we wanted to get everyone together and on the same page,” Jordan said. “To start that dialogue took time.”

The 322nd senate has not yet issued a resolution during its term. The 321st Senate issued one during its term regarding sexual aggression and rape culture on campus.