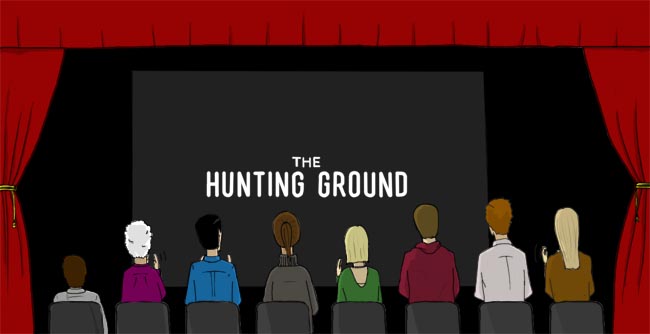 The Feb. 20 premiere of “The Hunting Ground” was an important and valuable continuation of the conversation about sexual assault that started on campus last year. The documentary follows two sexual assault victims and the resistance they faced navigating their school’s assault reporting procedures.

The decision by professor Timothy Barnard, director of the Global Film Festival, to bring the film to Williamsburg serves as important recognition of an issue that pervades college campuses. Screening the film at the Festival was a feat requiring a significant investment of time, energy and resources. Bringing the film’s protagonists Andrea Pino and Annie Clark to campus was a tangible achievement for the Task Force on Preventing Sexual Assault and Achievement. The teamwork involved to ensure the premiere’s success was a testament to the work being done, and that still needs to be done, to address the issue of sexual assault on college campuses.

Additionally, the decision to address such a critical issue during the introduction of the revamped film studies program underlines the importance of awareness. For a relatively new program to choose to address such a stigmatized issue highlights the issue itself, and also the importance of the department. The Global Film Festival has justified itself and the need for the new film studies major through its creative approach to this relevant issue. Screening the film was not only productive for students, but also for a campus community in which addressing sexual assault has become a lengthy and difficult task. Simply continuing the conversation instead of letting it fade with the publicity of specific incidents, such as the Sigma Chi letter, is an important use of time and effort.

Aside from the much-needed continuation of the sexual assault conversation, “The Hunting Ground” shows the unique impact that film can have on creating and shaping dialogue on important issues. It offers a personal perspective that many community members might not ordinarily experience. A significant problem in combatting sexual assault and its many related topics on college campuses is the lack of awareness many people have. Film has the power to address social experience from a variety of perspectives that are not attainable through resolutions and committees.

The presence of administrators, faculty, police and students at the screening attests to its importance in shaping how our community addresses sexual assault.  The premiere of “The Hunting Ground” was an educational opportunity for the entire community, one that we hope sets a precedent for campus programs to embrace pertinent issues in new and innovative ways.