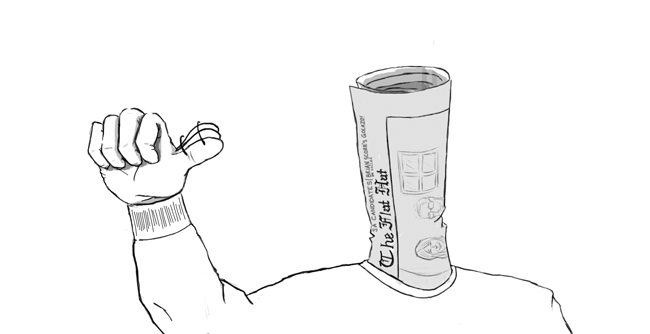 Thursday, March 26, students will go to the polls to choose their next Student Assembly president and vice president. While neither ticket provides a substantive, detail-oriented platform, Yohance Whitaker and Catie Pinkerton have the structural knowledge of SA and the realistic expectations to lead a successful term. They should focus on providing substance over continuous campaign rhetoric.

Whitaker, who serves as a three-time senator for his class and currently chairs the SA finance committee, carries the majority of this institutional knowledge. Although Pinkerton lacks SA experience, Whitaker’s previous involvement would likely aid her in moving along the learning curve faster than she would otherwise. The pair is more equipped to begin timely work on initiatives rather than be tied up learning the inner workings of SA.

The pair have also maintained realistic and credible goals, such as an alumni mentorship program, an SA-sponsored textbook rental and buy-back program and a “one-click” feature on the SA and College websites to better access resources, especially in times of crisis. The practicality behind these goals speaks to Whitaker’s knowledge of the SA, and awareness of what is attainable within a one-year period. Additionally, the goals focus on real and pressing issues facing students, such as college affordability and mental health.

If the pair is able to meet these goals effectively, their term would see improvements in student life on campus. However, there are still very real concerns which may go unaddressed should Whitaker and Pinkerton win. These concerns, voiced in past criticisms of SA, have not been dealt with: an overwhelming focus on buzzword-heavy branding without the programming to back it up. Two parody candidates this election speak to disenchantment with the empty words found in current and past campaign seasons. “They inspire. And courage. And syntax,” says an actor, speaking of a parody ticket in a video produced by members of 7th Grade Sketch Comedy. “I’m looking for sustainable. Innovate,” says another.

The One Family Resolution (previously the One Tribe Resolution) is a telling example of the disparity between rhetoric and actions. Whitaker, who sponsored the bias-reporting system resolution, hopes to continue with its implementation. The resolution, proposed almost a month ago, has yet to be backed up with any programming. Moreover, Whitaker refuses to outline what his proposal would look like in a more developed form, and has declined to remove anonymous reporting from discussions. Whitaker’s inability to be straightforward on the issue of bias reporting — an issue which straddles the crucial issues of bias on campus and the rights of the accused — is a significant weakness which points to larger problems.

This issue speaks more broadly to the problem of programming and implementation. Whitaker and Pinkerton offer useful and attainable goals, and we hope to see them follow through on them. What will ultimately determine the success of their term is the amount of substantive programming which can back up resolutions and goals, a willingness to be courageous in the face of opposition, and the capacity to sidestep political maneuvering.

Whitaker and Pinkerton have the potential to lead a productive and meaningful Student Assembly. Once the campaign ends, they will have a chance to prove themselves — but they will have to stop campaigning and lead.