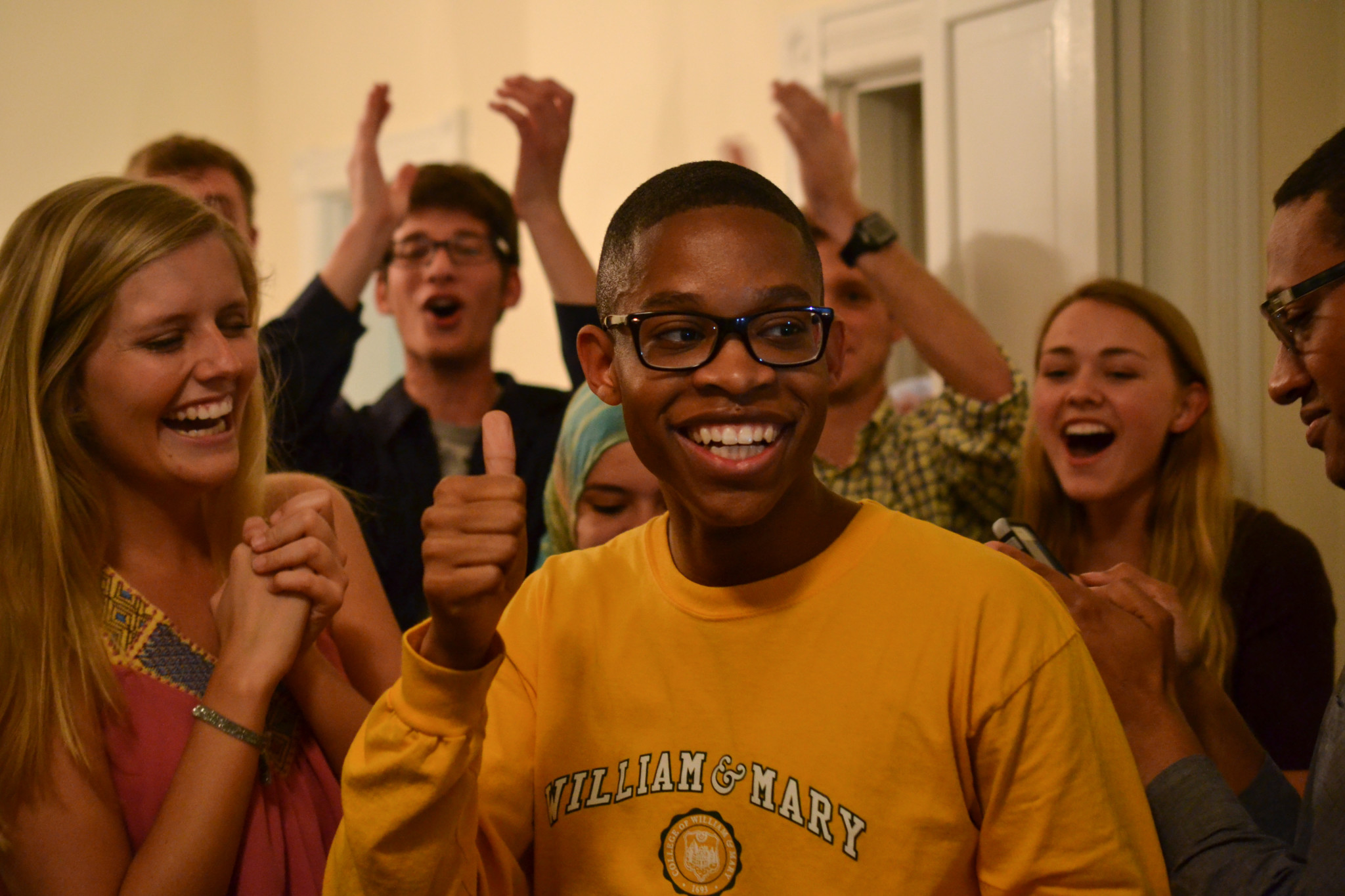 Yohance Whitaker ’16 and Catie Pinkerton ’16 have been declared Student Assembly president and vice president for the 2015-16 academic year after winning 1,667 votes in the election. Whitaker missed the initial call from Elections Commission Chair Ryan Brophy ’15 and had to wait for a second.

“[We feel] excited. We are glad that the voters thought that we were the best pick, [and] excited to get to continue working for the students,” Whitaker said. “It feels unreal.”

Voter turnout for the election was 28.3 percent — a 17.2 percent decline from last year. Out of 8,338 eligible voters, only 2,359 participated in the election. Whitaker and Pinkerton won 70.7 percent of the vote, with the remaining 29.3 percent falling to Claire Etheridge ’16 and Marcell Crawford ’16.

“We’ve been planning for so long,” Pinkerton said. “The plans were in place, we’ve just got to start doing it, that’s what I’m most excited for.”

“Thanks for running an excellent race, we very much enjoyed that you pushed us, and Student Assembly elections are better when we have two candidates that care about William and Mary, so thank you,” Whitaker said.

The class of 2016 elected incumbents Seth Opoku-Yeboah ’16 and Daniel Ackerman ’16, as well as newcomers Ivanessa Staykova ’16 and Quetzabel Benavides ’16 for representation in SA senate. Benavides won the fourth seat by a margin of 7.6 percent. Mark Bland ran unopposed for class of 2016 president; this will be his second term.

With only three candidates for the four senate positions, the class of 2017 senators are Eboni Brown ’17, J.C. LaRiviere ’17 and John Yoest ’17. Katherine Ambrose ’17 will serve as president, winning by a margin of 147 votes — 62.6 percent.

In the most competitive election, Danny O’Dea ’18, Alaina Shreves ’18, Annelise Yackow ’18 and Colleen Heberle ’18 — the only newcomer — will serve as the class of 2018 senators. Jose Acuna ’18 won the presidential position with 415 votes for his second term. The class of 2018 had the highest voter participation this year — taking the title from the class of 2016 — with 686 voters turning out.

A spokesman for White Girl and Black Guy, a parody ticket that ran an unofficial campaign this season, shared some final words.

“We would like to thank all 17 people who came out to vote,” the spokesman said. “We promise to promise to stick to our campaign promises, that we promised: Inspire. Leadership. Syntax.”