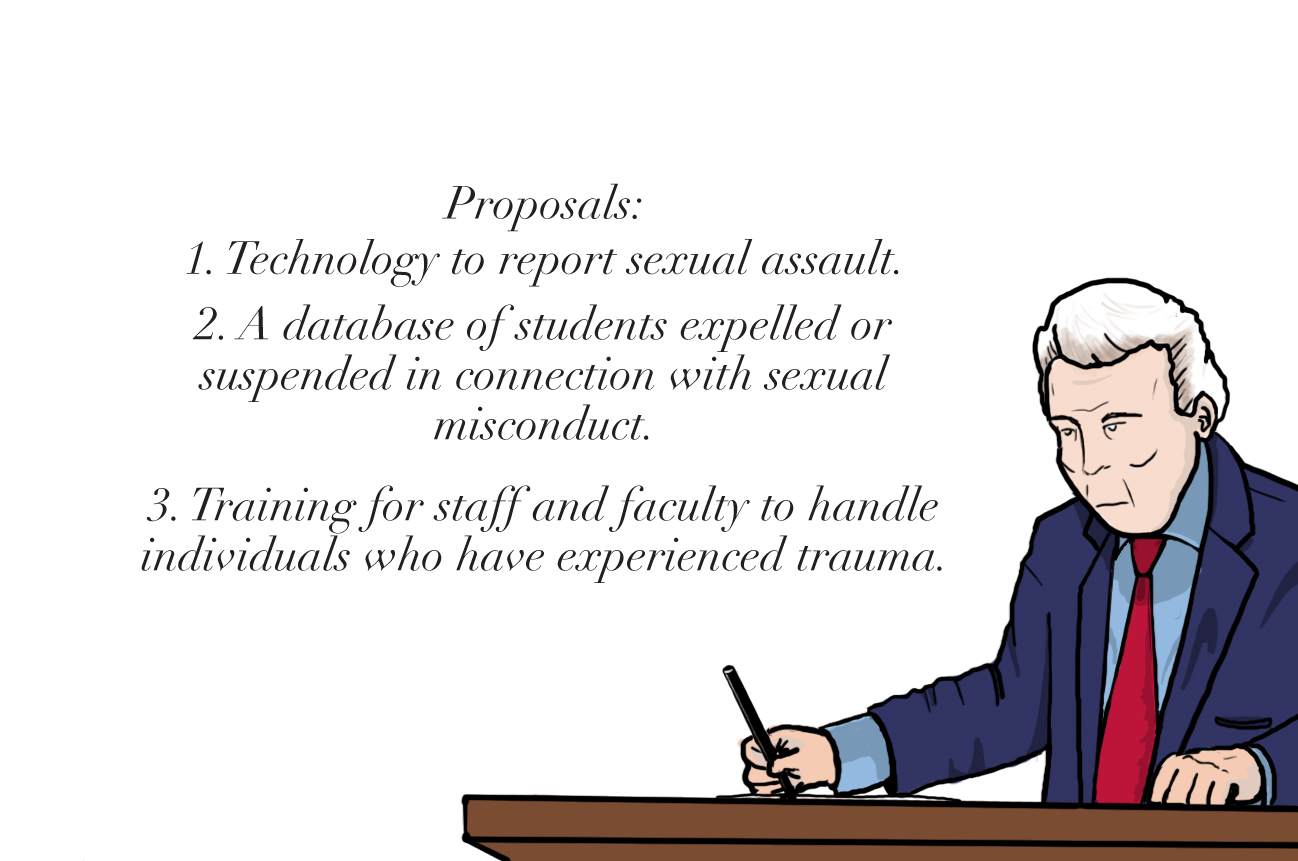 Governor Terry McAuliffe’s Task Force on Combating Campus Sexual Violence recently released a draft of recommendations focused on preventing and responding to incidents of sexual misconduct on college campuses. Some of the recommendations, while forward-thinking, are questionable in practice and should be further considered.

Some of the recommendations are acceptable. The Response Committee proposed using technology, such as smartphones and online portals, to help reduce the constraints of reporting an incident of sexual assault. The College of William and Mary’s sexual assault webpage is long, detailed and difficult to navigate. For someone in a crisis situation related to sexual assault, the page is an ineffective and overwhelming resource. Unfortunately, people often are unaware of this until they need the resource. Streamlining these resources to make them more accessible and effective to students in crisis situations is a productive step in encouraging reporting while also more easily conveying support.

A second recommendation was to create a database of students who were expelled or suspended in connection with sexual misconduct. This database would prevent perpetrators from flying under the radar when transferring into other schools — this would consequently protect the community from a possible unknown threat. This database is similar to recent legislation in the Virginia General Assembly which proposed a “prominent notation” on a student’s transcript when that student is suspended, dismissed or withdraws while under investigation of sexual misconduct.

The idea of flagging perpetrators via database or transcript is great in theory, but its practical implementation is complicated. Both of these processes would rely on a school’s conduct and honor processes, which are inherently flawed. False accusations could lead to entry into a database or notation on a transcript. In the event of either situation, the incorrect flagging of an individual could prevent them from an education and change that student’s life forever.

Lastly, the task force recommended more training of staff and faculty to handle individuals who have encountered trauma. While again this is a productive idea, the reality is that professors and staff are not trained in their careers to handle traumatized individuals. While all employees of an institution should have basic, human understandings of how to handle the emotional experiences of the lives of those around them, they should not be expected to be comprehensive resources for traumatized individuals. Resources put towards training an extensive number of faculty and staff should be allocated to providing greater access to actual professionals whose job is to handle trauma and crisis situations and who have no incentive to uphold an institutional reputation.