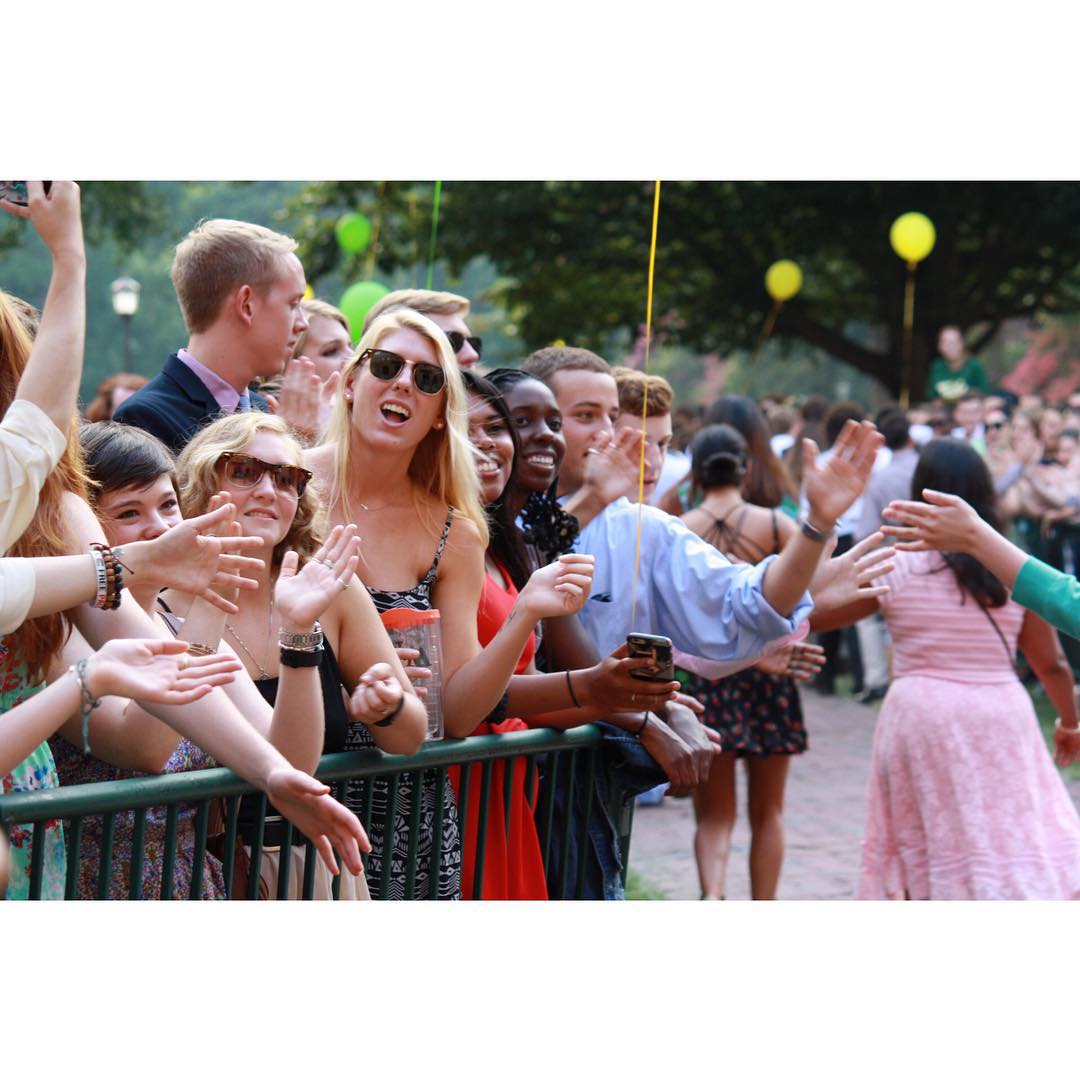 College of William and Mary President Taylor Reveley, Provost Michael Halleran, Virginia Supreme Court Justice Bill Mims ’79 and upperclassmen students welcomed the newest members of the Tribe to the College Wednesday during the annual Convocation ceremony in the Wren Yard.

Halleran was first to welcome new students during the ceremony. He spoke about what a liberal arts education at the College will offer them.

“It is a powerful education,” Halleran said. “It comes from a spark of intense interaction with ideas and with others. It is a shared conviction that knowledge is not bounded and that possibilities are without limit. This is what we value at William and Mary, and this is what we offer you as members.”

Halleran then turned the podium over to Reveley, who declared the official beginning of the College’s 323rd academic year. He welcomed professional and graduate students for the first time and emphasized how incoming students will be members of the Tribe both while on campus and after they graduate.

Reveley accepted the class of 2019’s banner from Senior Class President Mark Bland ’16 on behalf of the class of 2019. He then introduced Convocation’s keynote speaker, alumnus Bill Mims ’79. Mims currently serves as a justice on Virginia’s Supreme Court. He previously held the positions of Virginia delegate, state senator and attorney general.

Mims began his remarks with an anecdote about his first week on campus and the emotions he experienced. He told students that 99.6 percent of the class of 2015 graduated without a 4.0 GPA to remind them that life at the College should not be all about grades. Additionally, Mims stated the three most significant ideas of his remarks are to be realistic, merciful and curious.

“William and Mary is not summer camp,” Mims said. “It is hard. Sometimes, it is very hard, but it should also be fun to expand your horizons as you learn outside of the classroom.”

Mims concluded his speech by reminding students about the meaning behind Convocation.

Following presentation of the awards, Reveley made his closing remarks. He offered advice to the new students about adjusting to life at the College.

“It’s perfectly okay to ask questions,” Reveley said. “Perfectly okay to be a little befuddled for a while, normal to be a bit homesick … All of this ends fairly quickly.”

After the audience sang the Alma Mater, Reveley and Student Assembly President Yohance Whitaker ’16 led the students through the Sir Christopher Wren building. Upperclassmen greeted the newest members of the College with cheers and high fives.

The Convocation ceremony not only welcomed new students, but also introduced the modified College mace, now sans Confederate emblems. Reveley notified the College community about the change to the College mace Aug. 14. Until replacements are agreed upon, silver plates will serve as placeholders for the removed emblems.