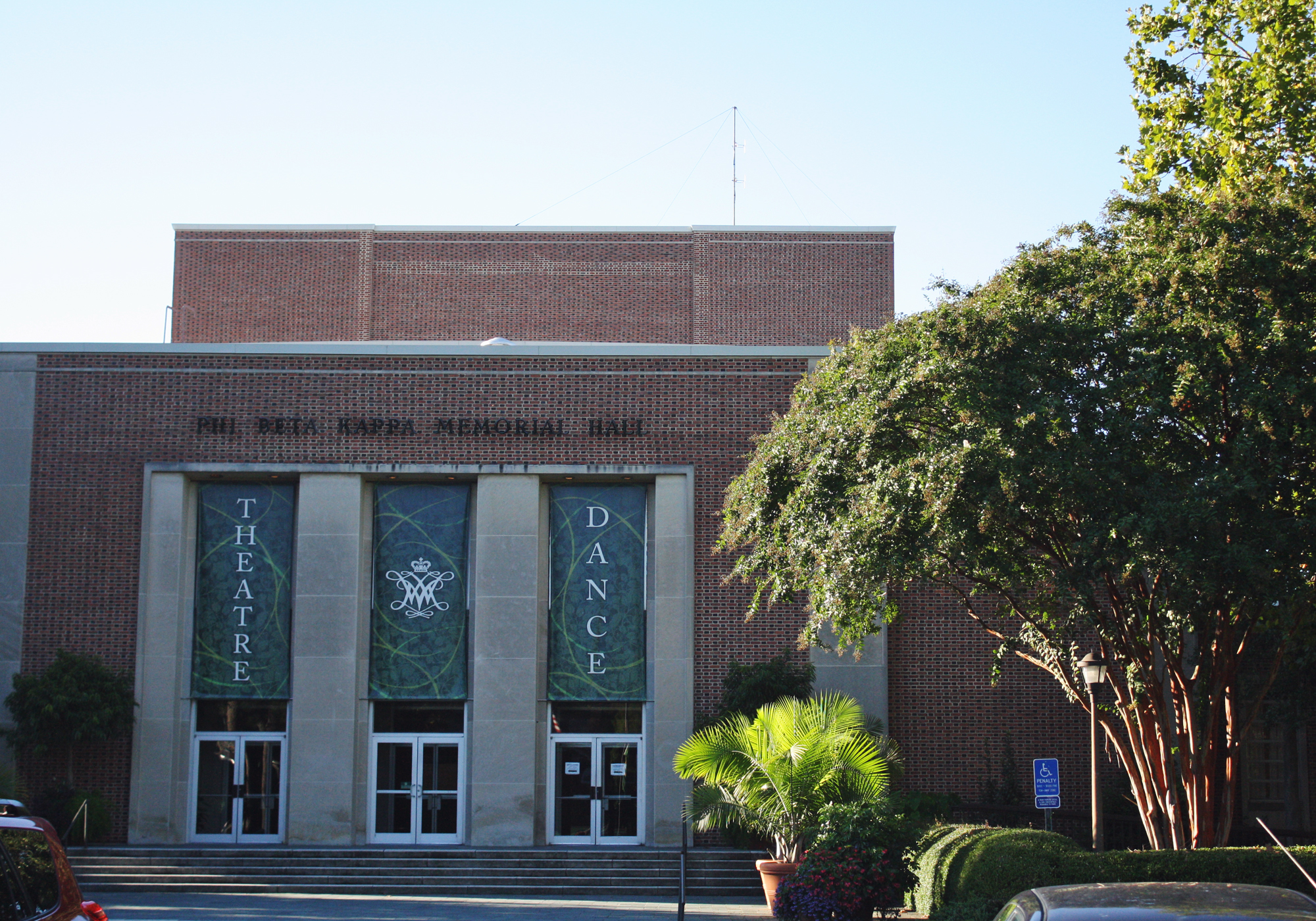 With the College of William and Mary logo emblazoned above the main entrance’s banner, it’s only fitting that the Greek letters of Phi Beta Kappa are an acronym for a phrase that translates to the “love of learning is the guide to life.”

A pair of transparent glass doors serve as the main entrance to this art-oriented memorial hall. A bronze plaque stands in the shadows of the empty corridor commemorating December 5, 1776, the day the building’s namesake was founded. The Phi Beta Kappa Society was the first Greek-letter honor society ever established in the United States by scholars from the College of William and Mary. According to adjunct instructor of theatre, Sarah Dixon ’75, the building has a similar history to the society.

“When it was first built, this was one of the most highly respected institutions on the East Coast,” Dixon said.

What exactly made PBK so special? According to Dixon, the building used to house television and radio production rooms upstairs. Over time, the once advanced technology of black and white television became outdated, and the production rooms transitioned into educational classrooms.

The main stage has also played host to several notable events, including the 1976 presidential debate between Jimmy Carter and Gerald Ford, and the Democratic Party debate of the 1982 presidential campaign.

Over time, PBK and the College’s theatre department have grown into an artistic outlet of productivity thanks to passionate individuals like Dixon who returned to the College to teach in 1990, coming back to her alma mater and helping mold the theatrical program since then.

“The reason I came back to William and Mary was because of the terrific facility and great students that fill its halls,” Dudley said.

Dudley returned to PBK in 1977, a mere two years after graduation, starting as a promoter for the outdoor drama department and slowly moving up the ranks over the years.

Despite the theatre program’s improvement over the years, the building itself suffered a setback from a sudden fire over the winter break of 1953. The building had originally been built where Ewell Hall is now located. A new building, serving as a memorial to the original, was built in its current location on Jamestown Road.

“The fire marshall deemed it an electrical fire,” Dudley said.

In 1957, Phi Beta Kappa Memorial Hall was the first building to open its doors on the New Campus section of the College. According to Dudley, this state of the art theatrical facility cost around five million dollars to complete and was funded through the donations of John D. Rockefeller and contributions from the Phi Beta Kappa Society.

According to Vice President of Phi Beta Kappa’s Alpha chapter, Matt Allar, the Phi Beta Kappa Society started as a secret society between College students, holding its first meeting behind the closed doors of 18th century Williamsburg’s Raleigh Tavern to discuss freedom of speech and thoughts that were in opposition to societal standards of the time. These frequent meetings allowed the free expression of ideas between scholars in a discourse that wasn’t allowed in the traditional classroom environment. This tradition is carried on today in PBK’s Apollo Room, which is used exclusively for Society members to continue their ideological discussions.

According to Allar, there’s also a safety vault in this room that houses ancient keys, journal entries and various other artifacts from the chapter’s profound past. Many of the original PBK members went on to become prominent Freemasons and contributed funds to the building’s upkeep. The building is currently slated for another renewal.

“Significant renovations for Phi Beta Kappa Memorial Hall are on the way, probably due to the roof that’s constantly been leaking since the 1970s,” Allar said.

The building encapsulates much of the College’s rich history, and some of that history still remains in its halls. Dixon, Dudley and Allar all mentioned that the ghost of Althea Hunt, director of the theatre department from 1926 to 1957 and a member of Phi Beta Kappa, can be seen near the control booth of the main auditorium from time to time.

Although the building still stands today and the history will eventually fade to myths and legends, taking the time to explore this symbolic structure will keep the history alive a bit longer. 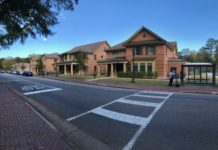