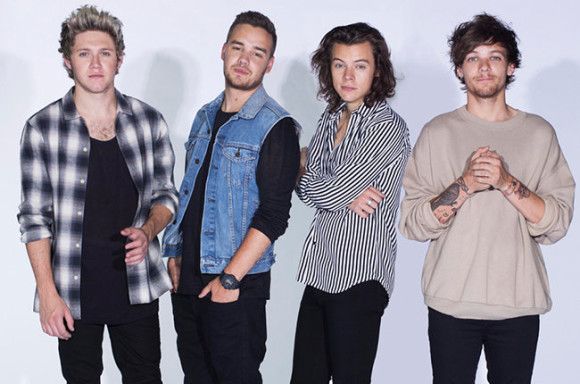 I freely admit that I’m a long way from where I was this time last year in terms of having obsessions with prominent figures in popular culture. Not too long ago, I loathed the idea of a celebrity having a large, zealous fan base. I was especially critical of the fangirl phenomenon. Not only did I find it too intrusive and kind of creepy for so many people to have access to a celebrity’s personal life and whereabouts, (this is still somewhat true) I believed the idea of a fangirl was antithetical to the fundamental ideals of feminism I believed in. Since my hesitant debut as a fangirl in December of last year, I’ve done some reexamining and critical thinking. It turns out that being a fangirl (I’m using this term as an umbrella that includes persons of any gender) in a society that rarely takes women seriously is one heck of a feminist statement.

It turns out that being a fangirl (I’m using this term as an umbrella that includes persons of any gender) in a society that rarely takes women seriously is one heck of a feminist statement.

Because it’s easy and humans are pretty much programmed to do this, I relied on stereotypes and assessed young girls who are religiously devoted to celebrities (boy bands in particular) as desperate, naïve and too dependent on a stranger — someone they will likely never meet — for happiness. On the surface, that’s exactly what it seems, right? Our dismissal of adolescents’ feelings and actions as trivial and overly dramatic contribute to the negative connotations associated with being a fangirl.

A bulk of our negative view of fangirls also comes from the misogynistic belief that it is irrational for young women and girls to have emotional ties to celebrities and entities they are not personally familiar with. Until I became a fangirl, I would have argued that no one should spend time pining after someone who will never know them or appreciate their love. I have since seen the light, so to speak, and I’ve come to the conclusion that it makes complete sense for anyone who is attracted to straight men to live out a fantasy through fangirl behavior.

I quickly dove into the One Direction fandom last year around finals time. My roommate played several songs on their latest album on repeat and, because pop songs are engineered to remain in your brain long after you want them gone, I found myself humming along and thinking, “This actually doesn’t sound as terrible as I thought.” Once I saw a live version of “Steal My Girl” on YouTube, I was done for. My resistance to the pull of One Direction’s unrelenting charm was tragically weak. Who did these British pop stars think they were, hijacking my life and my values? And for profit, no less!

Boy bands are so popular among teenage girls and young women because they portray a romanticized image of emotional availability that straight men in reality rarely possess.

At first I was embarrassed to come out and admit that I’m a fangirl — why would I willingly admit that I allow some white boys to capitalize on my emotional vulnerability? Although I still believe that boy bands are created to profit off the completely valid feelings of young women, I’ve realized that this is not our fault. Boy bands are so popular among teenage girls and young women because they portray a romanticized image of emotional availability that straight men in reality rarely possess.

Hegemonic masculinity is a pervasive and toxic idea which dictates that men must always be stoic and in control of their emotions, unless that emotion is anger. Thus, it’s not uncommon for men to be emotionally distant in romantic relationships, or even platonic ones. Emotional unavailability also results in ineffective communication between partners in a relationship. When I think about this unfortunate reality, it makes total sense to me that I would be extremely attracted to and even obsessed with cute, financially prosperous young men crooning badly-written songs about loving me forever, flaws and all.

When we dismiss fangirls, we are telling them that it is unreasonable to expect emotional availability, love and acceptance from men. We are telling them that women are somehow undeserving of all these things. Of course it’s all an illusion, an image created to lure young women. I have no belief whatsoever that Zayn Malik is as loving and emotionally giving as he seemed when singing those One Direction songs. But it’s often easier to fantasize about someone I’ll never have because I can imagine him treating me better than I’m treated by men I know in real life. We have to pay the price for wanting better for ourselves.

But it’s often easier to fantasize about someone I’ll never have because I can imagine him treating me better than I’m treated by men I know in real life.

Ideally, boy bands need not exist if men in our daily lives consistently granted young girls and women the feelings of confidence, respect and emotional fulfilment we deserve. While sometimes fangirling can go overboard and encroach into the territory of what we’d consider stalking — and no one deserves harassment — it’s what happens when the illusion doesn’t match up with reality. I’ve been involved in internet spaces where teenage girls have often repeated the sentiment of wishing guys in boy bands were real, because they know it’s an act. We all know. Now, in my mind, being a fangirl indicates that I am not ashamed of liking the things and people I like. Nothing is more feminist than believing that this image of ideal masculinity I consume from popular culture is something I am worthy of from all men.