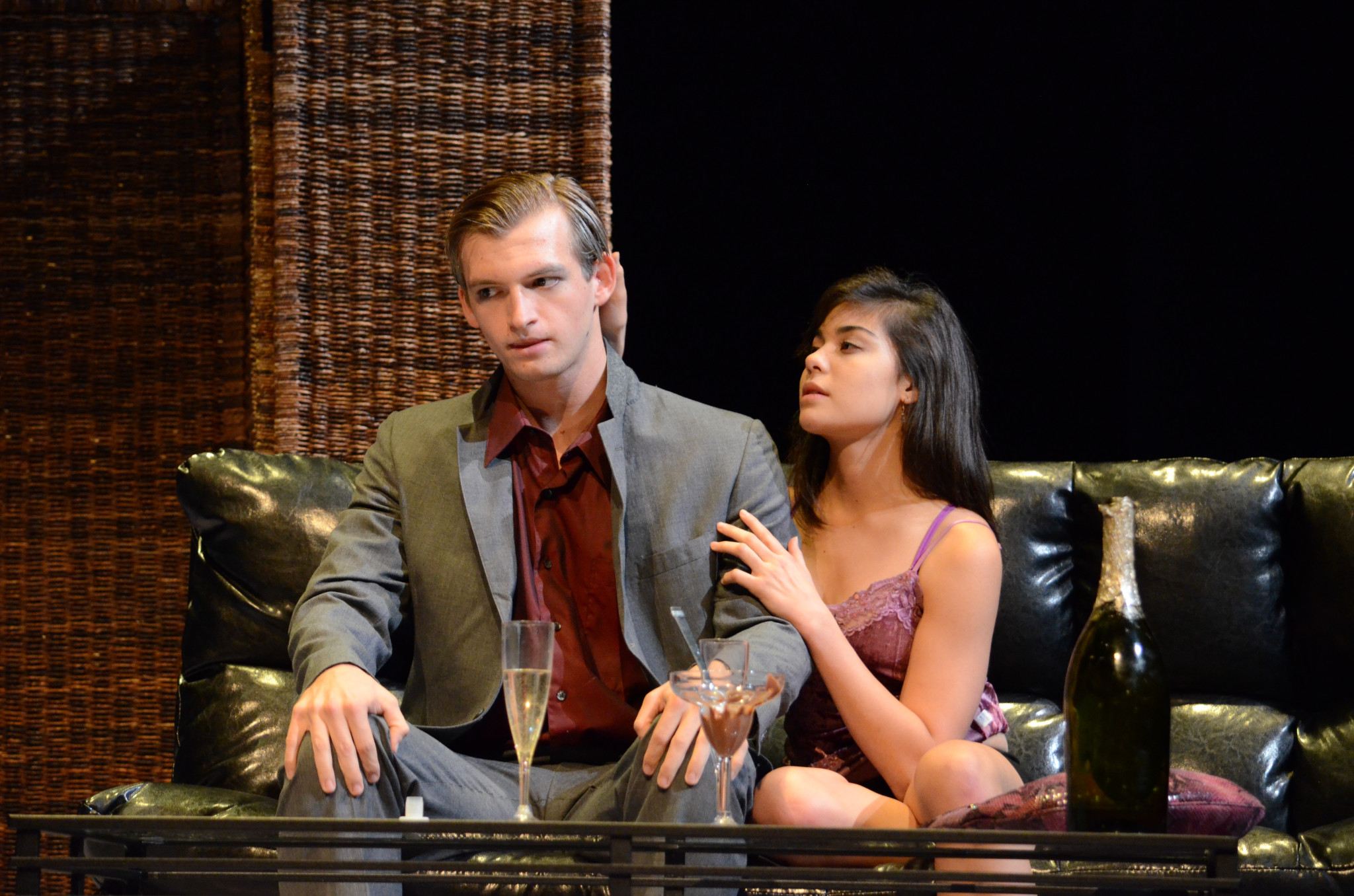 What do a cab driver, an au pair and an aristocrat have in common? It just might be more than you think. William and Mary Theater takes a step away from traditional love stories with their upcoming production of “The Blue Room” playing at Phi Beta Kappa Memorial Hall Oct. 1 through 4.

Written by David Hare in 1998 and later adapted into “La Ronde” by Arthur Schnitzler, “The Blue Room” is “a cautionary tale” that explores the intimate connections between ten separate characters by stripping their identities down to the rawest and realest displays of intimacy in the modern age. In doing so, the show proves to be more than a steamy and seductive spectacle, but rather a nuanced production that casts a revealing light on the harsh realities of love and relationships.

What distinguishes this show, is that it challenges the audience to assume an unaccustomed degree of self-awareness and to accept an uncommon form of fragmented storytelling. Ultimately, this play is one that criticizes without shaming, grabs attention without sensationalizing and that pushes boundaries without overwhelming.

While some scenes tended to drag, the cast fully embraced the identities of their characters and drew upon society’s most ingrained stereotypes to express multiple layers of emotion in unique and subtle ways.

Despite a few lines lost offstage or lost due to accents, the cast performed with a great deal of dedication and a depth of ability, making distinct character choices and executing them with confidence. Tyler Bell ’16 displayed juvenile innocence and awkwardness and drove scenes with his distinct persona and physicality alongside Isabelle Baucum ’17 who balanced the scene with her delivery and poise. Baucum displayed great chemistry with Tom Kalnas ’17 who played his part of a man in denial with fortitude.

In her scenes, Brittany Liu ’16 presented a multifaceted character in her interactions with the musically talented and remarkably profound Will Hart ’16. Together, both Liu and Hart wove a compelling narrative through every aspect of their interactions. One of the most consistent actors, Christine Jacobs ’16, proved tenacious alongside Andrew Perry ’16, whose subtleties distinguished him from the rest of the cast. “The Blue Room” was not without its humor; both Bell and Jacobs provided for numerous amusing, and sometimes relatable, instances.

The set of “The Blue Room” was simultaneously understated and sophisticated. Props and furniture pieces lent texture to the stage and were set upon a rotating platform that allowed for fluid transitions and an ever-present reminder of the connections between each scene. The aesthetics of the show’s hair, makeup and costumes added just the right amount of depth to each character while reflecting their unique attributes. Subtle but precise sound and light cues added to an immersive environment, which did little to distract from the scene unfolding on the stage and the clever use of projections smoothly and wittily indicated the passage of time.

William and Mary Theater is no stranger to presenting mature content and in doing so, challenges its audience to be increasingly cognizant of how society arouses one’s sense of self and influences how one forms relationship with others. Through this weekend’s performance, the cast and crew of “The Blue Room” painted a series of interconnected murals that succeed not only in showcasing the complexities of intimacy in the digital age, but that ultimately presented the audience with a candid self-portrait that left nothing unexposed.