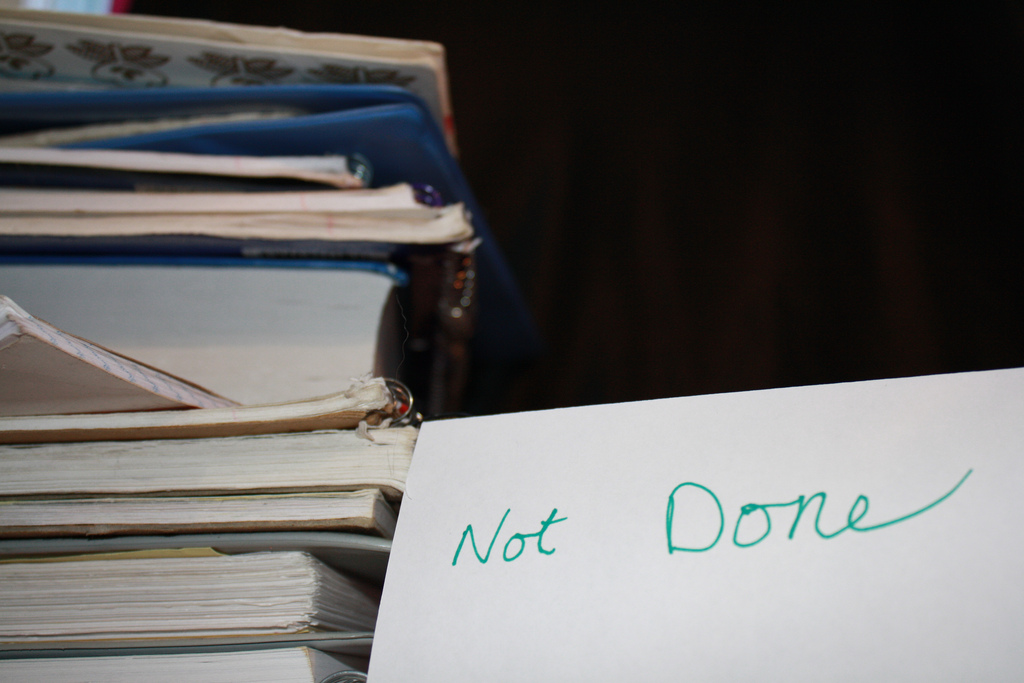 Everyone knows about the freshman 15. More than a myth, it is an established rite of passage for those entering college. Why bother embarrassing yourself on the Stairmaster when you can do it by falling up the stairs of James Blair Hall in your rush to get to history class? And healthy foods? Like Ron Swanson puts it in Parks and Recreation, “Vegetables are the food that my food eats.” Truly, there’s no shortage of excuses for skipping the gym and no shortage of less-than-healthy snacks available on campus. Frankly, it’s a miracle if the freshman 15 stops at 15. However, there’s a more dangerous tradition lurking just around the corner, ready to hit you as soon as the first semester of second year begins.

It’s called the sophomore slump. And you should be very, very afraid.

As midterms approach, the ailment has become more serious. It’s no longer just readings that I’m pushing back; I can’t even complete more serious jobs, like writing papers or studying for exams.

Wikipedia defines sophomore slump as “an instance in which a second, or sophomore, effort fails to live up to the standards of the first effort.” As always, my favorite encyclopedia is on point. As I write this article, I have approximately 10 tabs open in Google Chrome. Most of them social media sites. I’m also watching John Tucker Must Die and eating the sandwich I made myself for dinner. Frankly, my freshman self would be appalled by my academic state of affairs.

It’s clear that my multitasking has reached unprecedented levels, and by that I mean I’ve figured out how to slack off without feeling like I’m slacking off. I do little tasks, like write lists of all the homework I haven’t started, as I watch YouTube makeup videos on how to contour like Kim Kardashian. Those little tasks help hide me from the truth: I am deeply, perhaps inescapably, entrenched in the sophomore slump.

As midterms approach, the ailment has become more serious. It’s no longer just readings that I’m pushing back; I can’t even complete more serious jobs, like writing papers or studying for exams. Theoretically, I care about my grades, but that concern remains theoretical until I actually get assignments back and realize the results of my lack of effort.

During freshman year, I could spend hours in Earl Gregg Swem Library without feeling antsy; this year, I typically pack it up after 45 minutes tops.

At night, when Netflix asks me if I’m still watching, I always answer in the affirmative. I’ve actually started working out, not because I enjoy it, but because it’s a method of procrastination that makes me feel less guilty than most of my others. During freshman year, I could spend hours in Earl Gregg Swem Library without feeling antsy; this year, I typically pack it up after 45 minutes tops.

I know I’m not alone here. My fellow sophomores can relate. My roommate and I encourage each other’s procrastination on a daily basis. For instance, she is currently three seasons deep in a Sex and the City re-watch, which I have adamantly supported (her favorite is Charlotte; mine is Carrie).

Among all of my peers, the Snapchat stories depicting students hard at work at Swem have dwindled. With harder classes and declarations of majors on the horizon, along with the absence of the excitement and newness of freshman year, sophomore year is a force with which no one wants to reckon. I can only hope that I will be able to dig myself out of the hole I’m in.

Cameron Murphy is a Confusion Corner columnist who is always on the lookout for new ways to procrastinate. Suggestions are welcome.