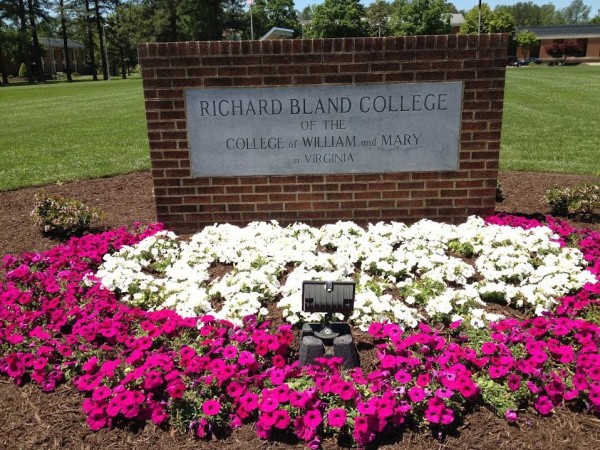 Richard Bland College of the College William and Mary scored below the national average in salary after graduation and in graduation rate according to the College Scorecard, an initiative by the Department of Education in 2013.

Students have the option of guaranteed admission to the College as transfers from Richard Bland if they have earned an Associate in Arts or Associate in Science degrees, as well as have a minimum grade point average of 3.25. The co-enrollment agreement allows students enrolled at Richard Bland to take courses at the College while pursuing their associate degrees to complete the guaranteed transfer requirements.

College Scorecard, released Sept. 12, works by creating interactive charts that let potential students look at five key pieces of data for colleges and universities: annual average cost, retention rate, salary after attending, financial aid and debt repayment, and student body diversity. The scorecards’ purpose, according to the Department of Education’s website, is to hold colleges accountable for cost, value and quality. Scorecard was previously released in 2013, but its most recent release was revamped to include information previously unavailable to the public, such as the number of former students that can make federal loan payments within three years of their graduation and the salaries of former students who received federal financial aid before graduation.

“This is what makes working at a place like Richard Bland College so challenging and rewarding at the same time,” Lindquist said.

“First, the big picture: the biggest predictors of salary and future net worth are not a college degree in general, although it obviously helps a great deal, and without a college degree students are in a very difficult place, demographically speaking,” Lindquist said in an email. “The strongest predictor of future salary and net worth is the social status of the family. ‘The more at risk’ the family structure, and the lower down the socioeconomic scale a student comes from, the harder it is for them to advance.”

Additionally, when students transfer from Richard Bland to earn a Bachelor’s Degree or higher, they are counted by the College Scorecard as graduates of that college or university where they earned the higher degree.

Lindquist also said that many students at Richard Bland come from some of the lowest socioeconomic backgrounds.

“This is what makes working at a place like Richard Bland College so challenging and rewarding at the same time,” Lindquist said. “We’re helping people at risk: most of our students are Pell-eligible. In fact, we have more of those types of students at our tiny institution than William and Mary itself does — and the main institution dwarfs us in size. The scale of the challenge makes our successes that much more valuable.”

“The comparison line for average graduation rate and salary are averages for the entire education sector — so it is entirely to be expected that our averages should be lower than those for a bachelor-level degree,” Lindquist said. “Our graduation rate is almost double that of other two-year institutions such as Sergeant Reynolds Community College and John Tyler Community College, and it beats that of nearly every other public two-year college in the state.”

Richard Bland is currently in the middle of a five year plan, RBC-19, which focuses on three key areas: students, programs and delivery, and operations and resources. One of the goals of RBC-19 is to reach a target enrollment of 2,000 students. According to Director of Annual Funds and Alumni Relations Stephen Wilson, Richard Bland is on track to reach this goal by 2019 and many others, including improving the sustainability of the institution.

ESE@RBC is a partnership with IBM-Portal, a merging of a business and technology consulting with IBM. ESE@RBC works by compiling data to see which students are at risk for dropping out or not returning for a second year and then creating a personalized plan of action for each student. Richard Bland is the first college in the United States to partner with IBM-Portal and to adopt this initiative.

“In the UK market the 12 colleges that have adopted Exceptional Student Experience have seen improved retention rates of around 20%,” Wilson said in an email. “We are very excited to be the first college in the U.S. market to roll out ESE.”

According to Richard Bland Director of Communications Joanne Williams, the Learner Mentor program is helping keep students on track.

“Richard Bland Learner Mentors are now able to proactively intervene if one of their mentees veers off-track,” Williams said in an email. “They have the ability to use real-time data to keep students on-track to graduate in two years and not miss a beat when they transfer to William and Mary or to the university of their choice. ESE@RBC also provides a personalized and comprehensive network of tutoring, advising and self-discovery tools.”

“The staggering enrollment increase over the last two years has surpassed the Enrollment team’s expectations,” Richard Bland College Dean of Enrollment Tyler Hart said in an email. “We look forward to expanding and providing more students with the necessary resources for a successful journey at Richard Bland.”