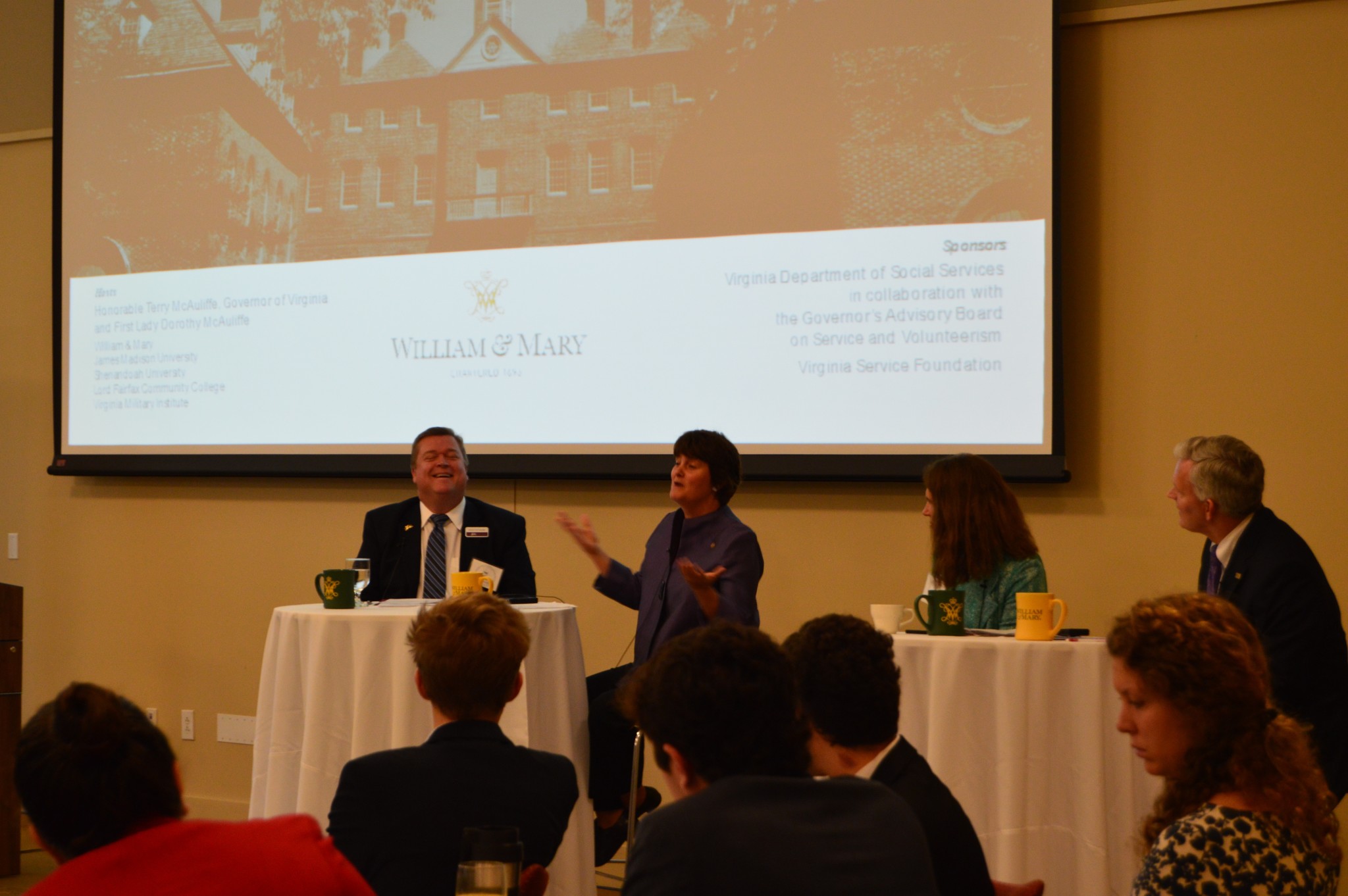 The College of William and Mary hosted the Virginia Governor’s Higher Education Presidents’ Summit on the Service Year Monday to discuss solidifying a nationwide service year. The event was envisioned to begin a conversation about institutionalizing service among the presidents of several Virginia public universities.

College President Taylor Reveley welcomed guests to the College by referencing the College’s history of service.

According to Reveley, Virginia First Lady Dorothy McAuliffe was the moving force behind the conference. McAuliffe said that as a society, Americans have lost the unity that comes with a shared experience of charity. She connected the idea of service with The Franklin Project, a non-profit affiliation with the Aspen Institute whose goal is to create a year of national service for young Americans.

Moritz described the attitude of the current generation of college students while recalling his work with Teach for America and the overwhelming amount of volunteers they receive.

“We were rejecting 50,000 young people a year who were raising their hand and saying that they wanted to serve,” Moritz said. “To see that and then read a newspaper article about millennials and how they’re all focused on themselves, the two didn’t jive with me, because there’s just so much interest among young people in this country to give back.”

Additionally, the presidents’ panel at the summit discussed service programs already in place and general ideas to be used as guidelines for the day’s discussion. The panel included President of James Madison University Jon Alger, President of Shenandoah University Tracey Fitzsimmons, President of John Tyler Community College Edward Raspiller and Virginia Secretary of Education and moderator for the panel Anne Holton.

Raspiller stated he believes that the current generation of students is readily able to pick up extended service projects.

“I also think about what we do when we think about millennial students,” Raspiller said. “From what I understand, they want to be part of something bigger, something that’s going to be more important than money, which drives many of us older folks.”

He went on to offer ideas for programs that would bridge the gap before and after college. Other panel members also added ideas for service programs. The overall goal is to make Virginia an example that other states can use as a model when designing their own service programs. General guidelines were expressed, such as the importance of availability to all young people by providing a living stipend for the service year or encouraging service by acknowledging it during the admissions process.

“So many of our students come in and they’re very idealistic; they want to make a difference with their lives, and I hear these conversations with the parents ‘But you gotta choose this major, and you gotta get into this job track,’ because they’re so worried about the finances,” Alger said. “Yes, we want our students to have productive lives, but in our mission statement we say productive and meaningful. And we really want the students to be able to follow their passions.”