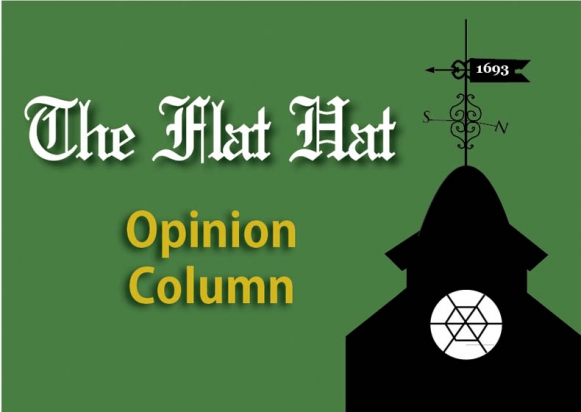 The article “It’s A Hookup Culture, Not a Rape Culture” that was released last week is widely considered offensive to survivors and advocates alike. It includes victim blaming and unfounded claims about college rape cases. The article polarizes rape into two inaccurate narratives and perpetuates the myth that assaults are perpetrated by a stranger leaping out of a bush or in an alleyway at night. While these cases do occur, the vast majority of sexual assaults are ignored by this narrow viewpoint, and the article serves to invalidate the experiences of these other survivors. It gives one step between hookups to this situation, allowing no room for these other cases of assault. Rapes can occur in countless forms, and more often than not the perpetrator is an acquaintance or someone thought to be a friend. The article seems to trivialize stories of victims that were assaulted by someone they knew or that were assaulted outside of a “party” setting, while the fact of the matter is that these are the cases we find most applicable to discussions of rape and assault at William and Mary. The author doesn’t understand the entirety of what rape encompasses, and this was severely detrimental to his argument.

Rape culture goes far deeper, and a brief examination of a culture that uses exclusive phrases such as “boys will be boys” and popularizes the pursuit of women in popular media shows how deeply entrenched it is in our society.

The major clarification that is needed after reading Mr. Briggs’s article is an accurate definition of rape culture. He proposes that rape culture is not a realistic term for our society because we punish rapists. This assumption is quite far from the truth, as rape culture involves far more than legal measures against a crime. Rape culture can be defined as any environment in which rape is prevalent and in which sexual violence is normalized and excused in the media and popular culture. Yes, we do have laws punishing rapists who are convicted (which in itself is a very small portion of rapists), however this does not invalidate rape culture. Rape culture goes far deeper, and a brief examination of a culture that uses exclusive phrases such as “boys will be boys” and popularizes the pursuit of women in popular media shows how deeply entrenched it is in our society.

Rape culture manifests itself through victim blaming, denial of factuality of survivors’ stories, objectification and making light of rape or its impact on an individual and a community, just to name a few. Rape culture allows perpetrators to believe either that their behavior is not wrong or that it is accepted within their community, both of which will likely lead to further assaults without fear of prosecution. The article that Briggs presented was itself an example of how blind many are to how rape culture affects how we think, shown perfectly through his dismissal of the term in favor of the more normalizing phrase “hookup culture,” excluding many other problems that arise and contribute to sexual assault.

Victims should not be to blame for going out, or for walking alone at night or for drinking; perpetrators should be the ones found at fault for taking advantage of somebody and committing a horrible crime. Survivors have felt harassed when they reported what had occurred, and have been blamed for being irresponsible. This is rape culture.

The article mentioned that it is difficult to find evidence of rape culture in a community such as William and Mary, but instead I pose that it is easy to find examples of rape culture in our community. A community in which survivors fear discussing their experience because they may be treated differently, at a school that has a weak history of taking harsh measures against perpetrators, where students that make reports feel that the administration wants them to keep quiet, all indicate a real problem ingrained within rape culture. People on this campus have been forcibly intoxicated and locked in rooms against their will, where they were then assaulted. There is no “gray area” there. It is not someone’s responsibility to take the numerous measures outlined to prevent themselves from being assaulted, it is the perpetrators responsibility alone not to assault. It’s that simple. Victims should not be to blame for going out, or for walking alone at night or for drinking; perpetrators should be the ones found at fault for taking advantage of somebody and committing a horrible crime. Survivors have felt harassed when they reported what had occurred, and have been blamed for being irresponsible. This is rape culture. Rather than offering the unconditional support that these people deserve, our community instead argues over blame and over whether rape actually occurs on campus, using the infallible thought-process of “I haven’t seen it, so it must not occur.” Rape and sexual assault does happen on this campus, and it affects us all.

We should use Mr. Brigg’s article as an opportunity to reflect on how we view sexual assault as a community, and critically discuss our influence on its prevalence as well as how we respond to it. I hope to see more articles about this topic, and hope that we can have a continuing discussion about sexual assault and its effect on our community. Lastly, a word to survivors, you are not at fault, there are many of us who care about you on this campus and you are not alone. 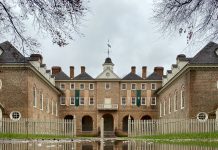