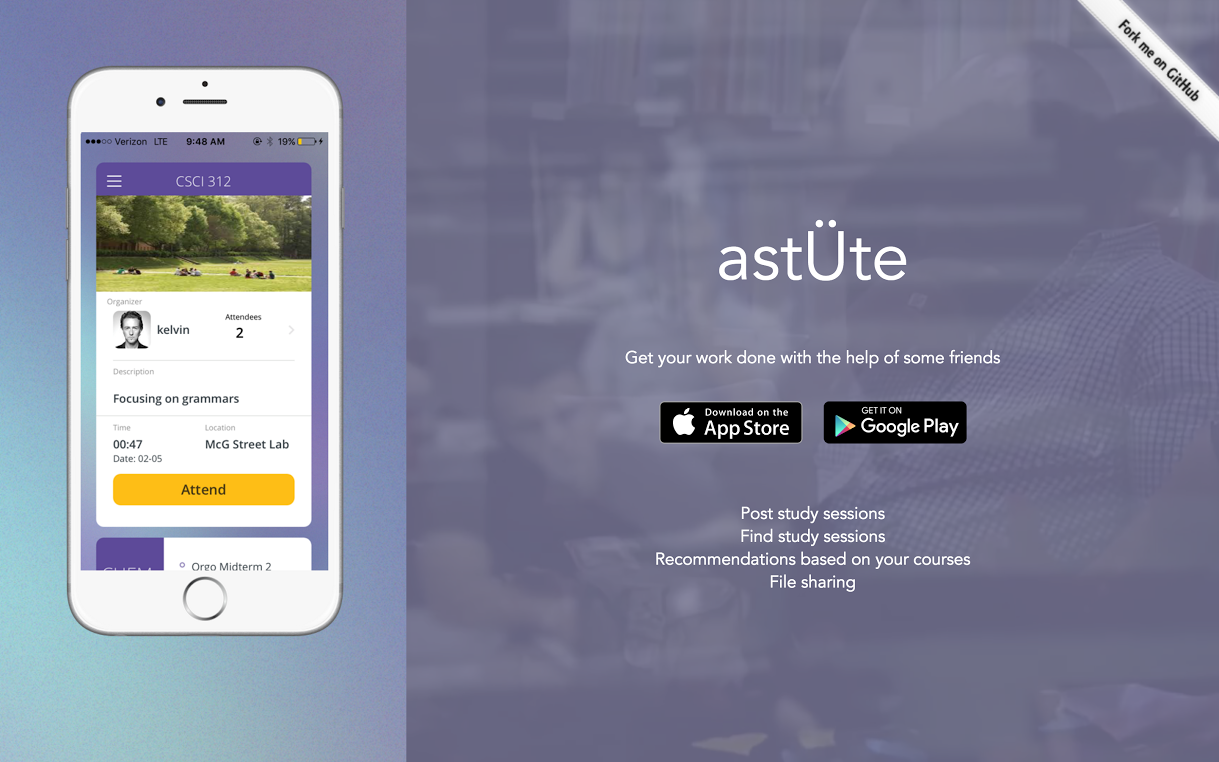 Five students hacked their way to a $20,000 scholarship earlier this month in a two-day race to create an app beneficial to college students.

This doesn’t involve any illegal activity or sleek black turtlenecks like hacking in pop culture, however. In computer science, hacking is uing something in a way it’ not necessarily meant to be used, according to  contestant Kelvin Abrowka ‘17.

Dominion Enterprises, a marketing services company in Norfolk, hosted a hackathon competition in which local college students from six different universities in the region compete in 10 teams of four or five for the grand prize. At this event, known as HackU, teams from the College of William and Mary won both the first and the second-place prizes. First-, second- and third-place winners respectively received a $20,000 scholarship, an Apple TV and an Amazon gift card.

Associate Director at the Cohen Career Center Don Snyder was responsible for getting the word out about the hackathon to students.

“It’s a great way for them to develop their skills and teamwork and showcase their skills in front of employers,” Snyder said.

The winning team consisted of students Abrowka, Nathan Owen ’17, Ulises Giacoman ’16 and Ben Dykstra ’17. Their app, Astute, allows students to find study groups near their location in order to help combat procrastination and get work done.

The app features individual “stutes,” which represent study groups. When looking through each stute, one can see the number of people attending, a description, a time and a location with the option to join the study group.

“Astute is as studious as you are,” Owen said. “As you use the application more and more it will remember the different classes, departments and courses that you have attended before and the stutes will show up in the order of relevance to your previous usage.”

The team brainstormed a dozen different ideas before choosing Astute, which they felt could be particularly beneficial to the community at the College.

“I think at William and Mary this particular app would be very useful just because of the study cultures that we do have here,” Owen said. “People do socialize so much through the act of studying, just being in Swem and working on stuff together. Certainly there was a need we were fulfilling with the app.”

The idea was only the beginning, however, as the team then had to execute their plan in a well-designed app and present it before a panel of judges. The competition began at 9 a.m. on Thursday morning and lasted through the night until teams presented at 3 p.m. the next day, but that doesn’t mean there wasn’t significant planning beforehand.

“I think the rule for the competition was that you can’t have any code down, but we ensured that we hit the ground running,” Abrowka said. “We even divvied up tasks.”

Dominion Enterprises even contacted the teams weeks before the event, advising them to start thinking about the hackathon.

“We knew exactly how we were going to implement it. Technologies were chosen, general overarching design decisions were made,” Owen said. “We did everything we could short of breaking any rules in order to be as competitive as possible.”

Though the team was prepared ahead of time for the event, some changes had to be made due to the short nature of hackathons.

“The color palette that we had chosen changed. The user flow changed a little bit, and obviously tons of features had to get cut just as a factor of time,” Owen said. “But the general idea of what the application was and how we were going to market it and why it was useful stayed consistent.”

Tasks were divvied up at the event, and most of the basis for the app was completed early on the first day.

“We had stuff very early in the game, especially the backend; Nate rolled that out lightning speed; I got whiplash,” Abrowka said.

A lot of the team’s time consisted of crushing bugs that would pop up throughout the contest. All teams were kicked out of the Dominion Enterprise building at 11:30 p.m., though they could continue working as long as they wished.

We knew exactly how we were going to implement it. Technologies were chosen, general overarching design decisions were made. We did everything we could short of breaking any rules in order to be as competitive as possible.

“Nate’s mom had an office not too far away, so we all went to the office,” Abrowka said. “No one slept. I had about an hour nap because I had to drive.”

Aside from a 4 a.m. Denny’s run, the team worked through the night and accomplished a lot of their work in that time period, from combating bugs to selecting designs.

“We were maybe the only team that was up the entire time,” Owen said.

The team decided on a minimalist design for Astute.

“It was a very specific choice, because our application focuses on one particular goal: we want to match you with a study group as quickly as possible, and we don’t want to distract you with a bunch of unnecessary functionality,” Owen said.

All members being either computer science or math majors, the role of design was a collaborative effort.

“The reason it looks so pretty is because Kelvin put it together, and the reason why he had something to put together was because Uli had a solid base,” Owen said.

After working until 2 p.m. on Friday, the teams then had one hour to turn around and present their projects in front of a panel of judges at 3 p.m.

“A very large portion of the competition was our presentation, so in addition to creating an application that was relevant, we also had to prove to the audience and the judges that this was something that was actually marketable in a business sense and realistic in an implementation sense,” Owen said.

Five other teams had similar ideas to Astute, so the presentation and marketing was a large part of the team’s win.

“One of the things that I am proud of is that we were able to take something that wasn’t a super-flashy idea or hyper original and still make it very marketable and attractive,” Owen said.

A very large portion of the competition was our presentation, so in addition to creating an application that was relevant, we also had to prove to the audience and the judges that this was something that was actually marketable in a business sense and realistic in an implementation sense.

Another contributing factor to the group’s victory was the full implementation of the project. According to event co-chair Daniel Burke, many of the other apps were just mock-ups or designs.

“One of the things we found very impressive was not only the level of polish in a very short amount of time … but quite a bit of ingenuity, fully functioning,” Burke said.

This is not the first time some of the team members have collaborated together, as Owen, Abrowka and Giacoman all worked on the SteerClear app. Giacoman and Owen have also attended hackathons in the past.

“We’ve gone to enough [hackathons] and we had enough experience under our belt to feel like we had a shot. And because we felt like we had a shot I think we would have been remiss if we hadn’t taken the shot,” Owen said.

The fruits of their labor were not just for the competition however, as Owen plans to carry on the app in a class project.

The second-place team, consisting of students Zhaoliang Duan Ph.D. ‘18, Dara Kharabi ’17, Michelle Chen ’17, Alton Kim ’17 and Divya Bathey ’16, created an app called HapU, which alerts students when they are near an event that they might be interested in. The events can fall into different categories, ranging rom sports to food. If there’s nothing interesting near you, then you can also make your own.

“There are lots of apps out there that help you find events, but the innovative aspect of our app that we were aiming for is that events find you instead based on your personal preferences and what you’re interested in going to,” Bathey said.

Chair of the Computer Science Department Michael Lewis sees most computer science majors as he teaches one of the required classes, and believes hackathons are an important part of students’ extracurricular life.