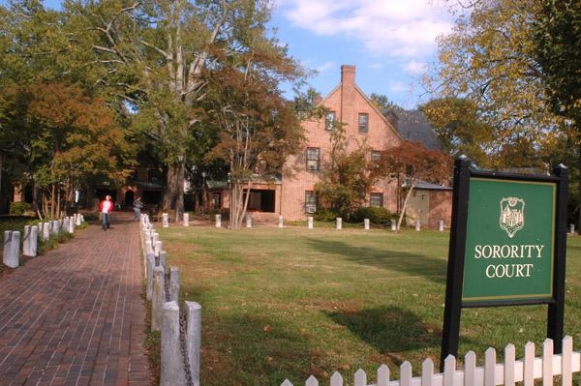 Greek Life at the College of William and Mary will see some significant changes in 2016, with the reestablishment of the Phi Kappa Tau fraternity this spring semester and of the Phi Mu sorority in the fall.

Recruiters from the national Phi Kappa Tau organization have been on campus reaching out to unaffiliated men to reestablish the Alpha Theta chapter after several months of communication with the administration. New member bids for the fraternity were extended this past Thursday, but total membership numbers will not be known until Feb. 17 when bids are formally accepted. In a vote held this past Sunday, the Panhellenic council voted unanimously to extend the opportunity to return to campus to the Gamma Alpha chapter of Phi Mu, and the national organization is expected to bring its recruiters to campus this fall.

Both organizations have a long history at the College, with Phi Kappa Tau established in 1926. The Phi Kappa Tau chapter at the College had its national charter revoked in February 2012, in response to a string of reported hazing incidents. The National Council shut down the College’s chapter of Phi Mu in May 2013 because of declining membership.

Both chapters now have the opportunity to start over at the College.

“There was … a waiting period to let the former members of the chapter either graduate or leave our school, in order that they could start fresh here,” Interfraternity Council President Seroja Boyakhchian ’17 said.

Phi Mu’s return in the fall follows a similar reasoning.

“They asked us when they left what would be our feasible timeline, and the Panhellenic at the time agreed on fall of 2016,” Panhellenic Council President Kendall Carter ’17 said. “That way all of the people who were in Phi Mu at that time would have graduated by this time.”

The process to decide to reestablish a chapter differs for fraternities and sororities. The Interfraternity Council is not involved with the decision to allow a chapter back.

“When a chapter leaves our campus and they have some sort of agreement with the administration as to when they’ll come back, that’s entirely up to the school and the national organization,” Boyakhchian said.

The Panhellenic Council, however, is more closely involved with the decision to bring a sorority back. The Council had originally established a timeline in 2012 for Phi Mu’s return, held a vote again in 2013 to confirm they still supported that original timeline, and held the final vote this past Sunday.

According to Carter, the process is thorough to ensure the sorority’s success.

“We’ve had a lot of very in-depth conversations, and people are looking at a lot of different facets of this,” Carter said. “They really want to make sure that Phi Mu will be successful, and they’re a lot of people involved in this obviously, because they want to make sure it’s going to be good for their members, Phi Mu’s members, and the William and Mary community.”

With the establishment of a new chapter comes a unique set of challenges.

It’s difficult for any new student organization to start up on campus. For Phi Tau specifically, there are a lot of established fraternities on campus who already have their established membership, and it’s easier for students to connect with other students. — Interfraternity Council President Seroja Boyakhchian ’17

“It’s difficult for any new student organization to start up on campus,” Boyakhchian said. “For Phi Tau specifically, there are a lot of established fraternities on campus who already have their established membership, and it’s easier for students to connect with other students.”

Just as Phi Tau has been recruiting unaffiliated men using national recruiters, the recruitment process for Phi Mu would also be conducted by national Phi Mu recruiters, and would therefore not be a part of formal sorority recruitment.

“They are recruiting in a different way and looking at other ways to bring women into the community, so I think that might be a challenge, because it is a different way of recruiting, so people are not necessarily used to it if they’ve gone through formal recruitment in the past,” Carter said.

Kyle Rutledge, one of the Phi Kappa Tau national recruiters, said that building up a chapter comes with challenges unique to the College, such as students’ tendency to be heavily focused on academics.

“The only challenge, I would say, is presenting the opportunity as not a burden, but something that enhances your college experience,” Rutledge said. “Most William and Mary students are very active and involved, so trying to present something new to add to their plate is kind of a challenge, but that’s the kind of thing we try to get across, that it’s only here to enhance your experience. It’s not here to take away from the academics or your ability to be involved in other clubs; it’s supposed to enhance that and give you more opportunities.”

With a new fraternity that literally has no existence yet, there is the opportunity to shape it the way that you want it to be. That’s a great opportunity, I think, for people who feel that they want to create their own community, their own group of people, and shape it the way that they want to. — Interfraternity Council President Seroja Boyakhchian ’17

An advantage offered by new chapters is the opportunity to create a new community that isn’t marred by a prior reputation.

Despite any possible hurdles, Boyakhchian and Carter both said they are optimistic about the new organizations’ futures at the College.

“William and Mary Panhellenic is excited for the opportunity to be working with Phi Mu,” Carter said. “Greek life at William and Mary is different because there is this kind of Panhellenic love that’s shared among the chapters, and there really isn’t the kind of inter-sorority tiffs that we see at other schools. I think William and Mary will be open and be welcoming.”