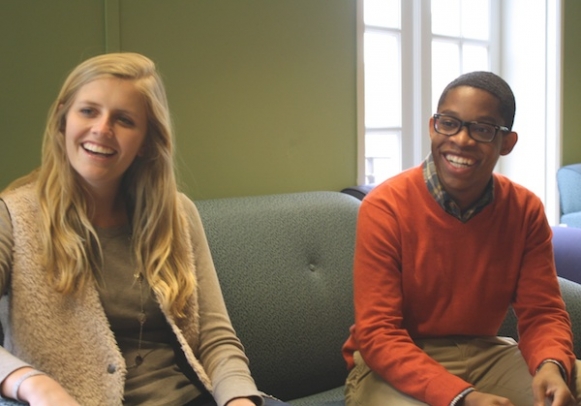 Student Assembly President Yohance Whitaker ’16 fulfilled his final campaign promise, “One Tribe, One Click,” Tuesday morning with the launch of an SA website on the College of William and Mary’s website. The launch comes in the midst of campaigns of three presidential tickets all campaigning on platforms that include plans for their own versions of an SA website and promising greater transparency within the SA.

The new website includes the 2015-2016 budget, minutes and agendas from past senate meetings, tweets from the SA’s Twitter account, and the names and emails of current representatives in SA, including some members of the president’s cabinet and all senators. These features fulfill most of the basic requirements that all of the presidential tickets said that they believed were necessary to inform the student body properly via the website.

Presidential ticket Justin Canakis ’17 and A.J. Scalia ’17 said, when asked by the Flat Hat Editorial Board what their primary goal was if elected, that creating and launching a website is their number one priority. While Canakis said he was thrilled about the launch of the website, he also questioned the SA’s decision to launch the website Tuesday in a statement to the Flat Hat.

My question for the SA establishment is, ‘Why is the SA launching a website so late in the year, and in particular during election season?’ — Justin Canakis ’17

“My question for the SA establishment is, ‘Why is the SA launching a website so late in the year, and in particular during election season?’” Canakis said in an email. “I feel that launching a website the week of elections has ulterior motives and is purely political. AJ and I have prioritized a website during election season, and I am flattered by the response of the SA. I look forward to reviewing the website in the upcoming week!”

McKiernan echoed that message of collaboration and sustainability when responding to the launch of the new website.

“Although there were delays, we think that this is a key step in ensuring that the SA website is sustainable beyond just being a domain that is created each year, only to disappear at the end of the spring semester,” McKiernan said in an email. “Having the SA website hosted on the W&M server is extremely important to guarantee durability in transparency.”

Secretary for Outreach Hope Thompson ’16, who played a key role in creating the website, said that the delay in the website was the result of encountering many unforeseen stumbling blocks, such as her own appointment as secretary in late October and Associate Director of Leadership Development and SA Advisor Trici Fredrick’s new role in AMP.

Katherine Ambrose ’17 and Liz Jacob ’17, another presidential ticket, said that their plans for the website involved collaborating with the computer science club, ACM @ WM, which they also believe would establish a long-lasting website. In response to the release of the website, Ambrose said that makes her and Jacob more excited about their partnership with ACM @ WM and accountability within the SA.

We hope to be able to share our partnership, connections, and student feedback to make the official website the best tool for the student body and Student Assembly. — Katherine Ambrose ’17

“We look forward to being able to compare our trial website, launched last Thursday, with the site launching this Tuesday,” Ambrose said in an email. “We hope to be able to share our partnership, connections, and student feedback to make the official website the best tool for the student body and Student Assembly.”

Thompson and Secretary of Public Affairs Jakob Stalnaker ’16 worked together, with the help of many others including Fredrick and the College’s IT Department, to create the website. According to Thompson, the new administration’s secretary for outreach will be required to receive training from the College’s IT Department in order to update the website with relevant information.

Thompson said that additions to the website, including the depth of the information provided about SA representatives, will be left up to the next administration’s discretion.