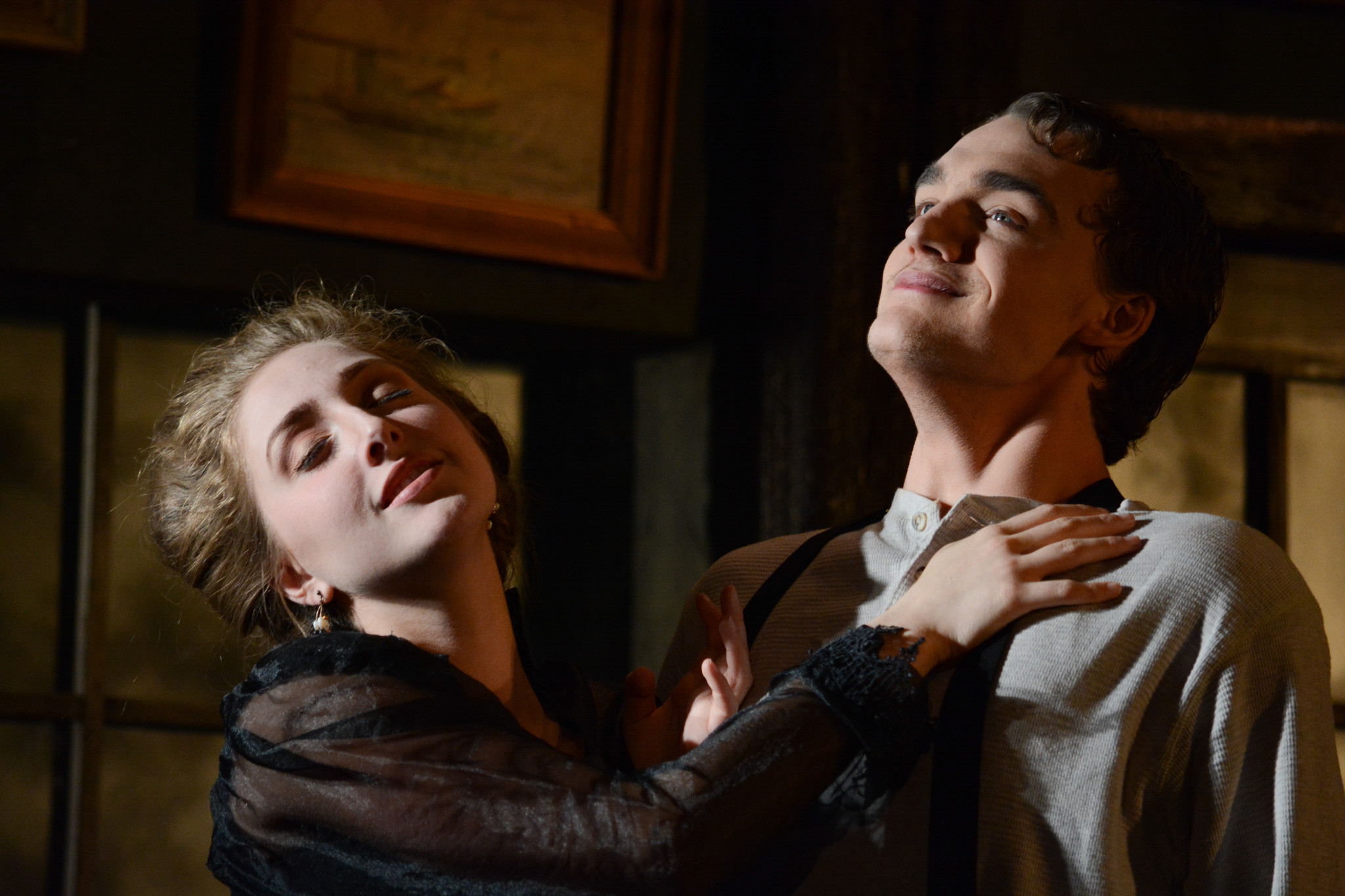 An artist and a physicist walk into a bar. To hear the punchline and many others, simply visit Phi Beta Kappa Hall on April 21 through 24 and see the William and Mary Theatre’s brilliant production of “Picasso at the Lapin Agile.” The play itself first debuted at the Steppenwolf Theatre Company in Chicago, Illinois on October 13, 1993 and has garnered several successful runs in major American cities.

The play is written by Steve Martin and presents a chance encounter between Albert Einstein and Pablo Picasso in a small Parisian bar called the Lapin Agile (Nimble Rabbit). Both are on the verge of discovering their major contributions to the 20th Century’s artistic and scientific scene. In meeting, they orchestrate a lengthy debate about the value of talent and the source of genius. Surrounded by a cast of eccentric characters, their conversations turn from the serious to the silly with no missed opportunity for a thunderous laugh or a soft-hearted lamentation for the coming future.

The small, interior nature of the production does the cast well, and the detailed bar brings an aura of authenticity to the jovial nature of the production. The small space allows for passionate confrontations and comedic agility, which every actor navigates to great effect. After watching these characters for some time, the mastery they demonstrate in their comedic pace and timing is apparent and adds a layer of enjoyment to an already great production. The witty writing is spoken by sharp tongues and every cast member exudes strong energy and dynamism.

The play is all about the characters and would have failed miserably had the lead actors not possessed the talent that Bruno del Alamo ’17 (Pablo Picasso) and Andrew Perry ’16 (Albert Einstein) so clearly demonstrate. With every step and every word, Perry and del Alamo demand the audience’s attention in exchange for many hard and sincere laughs. Their talent is potentiated by the earnest chemistry between themselves and the characters around them. Not a single part was miscast, and while not every actor landed the joke perfectly, the consistently nuanced pace these actors produce is exemplary.

It is incredibly difficult to tell who is the star of the show when so many are worthy of absolute attention. Kaelyn Warne ’17 in her role as Suzanne, a confident and sensuous lover of the charismatic Picasso, was a constant source of enjoyment with her myriad of emotional expressions and exuded stage presence. Even short-lived characters such as Adam Howard ’19 as Charles Dabernow Schmendiman, the proud inventor of an inflexible and brittle building material, Joseph Biagini ’16 as Sagot, an expressive art dealer, and Henry Hines ’17 as The Visitor, a time travelling Elvis Presley, made their presence known and their impressions long-lasting.

The talent of the actors is mirrored in the quality of the space and costumes they inhabit. Subtle lighting cues are manipulated to great effect and are used expertly to deliver a strong finale. The costumes are vibrant and detailed, while also matching the personality of their wearers. The hair and makeup department should also be applauded for their successful conversion of Alex Bulova ’19 into the much older Gaston, a regular of the bar who never fails to earn a laugh, except when he rushes off stage to use the restroom. The eclectic style of The Countess, an admirer of Einstein played by Lydia House ’16, the simple appearance of Freddy, the bartender played by Maxwell Sorger ’16, and Germaine, Freddy’s girlfriend played by Ivy Duerr ’17, add charm to the play with costumes and performances.

With a hilarious script and a multitalented cast of amazing actors, William and Mary Theatre’s production of “Picasso at the Lapin Agile” is a must-see for fans of great theatre and thoughtful comedies. Congratulations and commendation cannot be given enough and what a truly spectacular production to draw this season to a close.