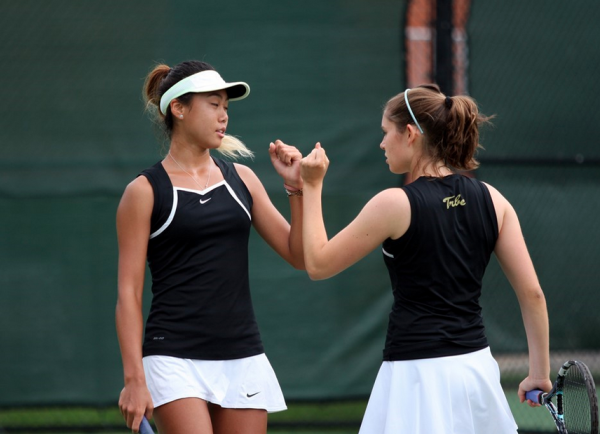 The men and women opened their season with some strong performances this past weekend.  The men competed in the Penn Invitational and the women hosted the 24th-annual Tribe Invitational.

Senior Damon Niquet and junior Christian Cargill were strong in doubles competition, winning 6-2 over Ziqi Wang and Alex Hagermoser of Yale and 6-3 over Richard Pham and Adam Ambrozy of Columbia Friday. The duo improved to 3-0 on the weekend with a 7-5 win over Dmitry Shatalin and Matt Nardella of Penn. On Sunday, Niquet and Cargill could not preserve the perfect weekend, falling 4-6 against Jack Haworth and Charles Tan of Brown.

Despite a decent showing in doubles play, the Tribe men struggled in singles play, winning only two of eight matches against Yale. Senior Aidan Talcott recorded the most significant win of the weekend, knocking off No. 55 Shawn Hadavi of Columbia, 7-5, 4-6, 12-10. Hadavi is the highest-ranked opponent that Talcott has beaten in his collegiate career.

Despite a decent showing in doubles play, the Tribe men struggled in singles play, winning only two of eight matches against Yale.

On Friday, the College went an impressive 5-2 in doubles play, with both junior Olivia Thaler and freshman Charlotte Madson posting two wins, each with different partners. The singles matchups were more even for the Tribe, ending 4-4 against Old Dominion opponents.

The Tribe women continued their strong doubles performance, going 3-1 Saturday. The singles line was nearly exactly the same as the day before, as the College went 4-4 against Marshall. Thaler, freshman Rosie Cheng and sophomore Lauren Goodman led the way by winning in both singles and doubles matches.

In the final day of competition, the Tribe women improved their performance in previous days by winning four of six singles matches. Thaler and Goodman concluded their strong weekends by each winning singles matches.

The women continue their season at the Cissie Leary Invitational in Philadelphia Sept. 30, while the men next play in the ITA Atlantic Region Championships Oct. 14.