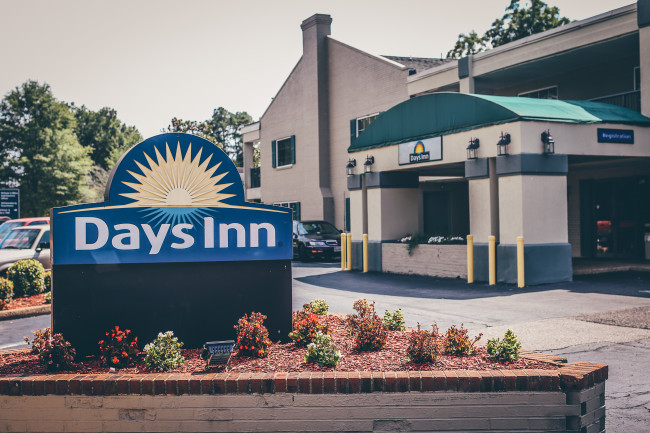 The abrupt purchase of the Williamsburg Days Inn peeved certain City of Williamsburg government officials, with some complaining about the few days notice given for the $3.05 million purchase.

Some members of the City Council are also worried about a potential decrease in tax revenue: with only six percent of the nine square miles of Williamsbursg zoned as commercial property, the loss of a medium-sized business has a noticeable effect on tax revenue.

City Council member Benming Zhang ’15 suggested that the loss of tax revenue would be the largest repercussion of the Real Estate Foundation’s purchase.

“Whether it’s tourism or small business, meal tax, tourism related, when you stay in a hotel, they generate room and meal taxes,” Zhang said. “And those go towards our marketing efforts in the Williamsburg area … So we’re going to be losing some serious revenue from this Days Inn and I can understand why there’s some people, especially on the EDA, who are very worried about this.”

The provisional purpose of the Days Inn building is to provide spillover housing for upperclassmen to allow residence halls to go offline for repairs. Since the purchase is by the Real Estate Foundation, the transaction is subject to local rules rather than merely state guidelines, as it would have been if the College purchased the property. The College has 90 days to obtain a special-use permit to convert the commercial property into residential property.

The Real Estate Foundation, founded in 2006, is a 501(c)(3) private nonprofit organization with nine board members from the College’s Board of Visitors, Foundation, administration, and outside experts in real estate. The foundation currently owns Tribe Square on Richmond Road and the Discovery II building in New Town, among other properties, and is funded only by the real estate it owns.

Zhang said he received a courtesy call about the College’s plans to go through with the transaction either the day of or the day before, but he said that to build true cooperation, the City and the College would need to have deeper lines of communication.

“They’re the Real Estate Foundation,” Zhang said. “They’re non-profit, they’re just like any private business … They don’t have to tell us, but I think as the College we want to look towards collaboration and strengthening our partnership, especially if they’re going to have major acquisitions of real estate parcels that are going to define, in one way or another, how our Midtown planning area is.”

The rezoning process may give the City and the College an opportunity to negotiate and discuss the purchase of the Days Inn and future opportunities for communication.

EDA Chair Adam Steely was not aware the Days Inn was on the market and did not receive a courtesy call about the City’s decision to purchase the property.

According to Steely, his primary concern with the transaction was the lack of dialogue leading up to the event.

“We share a lot of very strong interests with the College, we are intertwined with the College in ways that go back centuries, and what we’re looking for is how to capitalize on those synergistic energies that we can be working on and planning together,” Steely said. “And I don’t think that’s happening to the extent that it could be.”

Steely said that the lack of long-term communication between the City and the College regarding the transaction may have prevented a mutually beneficial outcome.

Citing the success of Tribe Square, a mixed-use property on Richmond Road owned by the Real Estate Foundation, Steely said there could have been conversations regarding a similar initiative for Days Inn.

According to an August EDA Business Roundtable presentation by the Real Estate Foundation, the current real estate tax revenue for Williamsburg from Tribe Square is $18,385 dollars.

However, Tribe Square was built with the idea of mixed usage in mind from the beginning.

There are no plans to demolish the Days Inn, and given the building’s current structure, a plan similar to Tribe Square is unlikely.

One of the EDA’s proposals for the City’s upcoming biennial Goals, Initiatives, and Outcomes process is to make strengthening the line of communication with the College a primary objective.

Senior Vice President for Finance and Administration Sam Jones, who, along with President Taylor Reveley, is the administration’s representative to the Real Estate Foundation, said he supported communication between the EDA and the College.

However, he noted that the Real Estate Foundation did have conversations with other members in the City leading up to the purchase.

Beyond the presence of communication, Jones said that real estate transactions are not often publicly done.

According to Jones, the College has had its eye on the Days Inn for several years as a potential purchase, but the owner only recently became interested in making a sale.

“There have been on and off conversations with [the owner of the Days Inn] for a number of years,” Jones said. “And so it just came to fruition when the owner came back to the Real Estate Foundation Board and said ‘okay, I’m interested in selling.’”

“By their very nature, real estate negotiations cannot be entirely public until finalized,” Buchanan said. “We do have open lines of communication with City leaders and do brief the City about real estate decisions.”