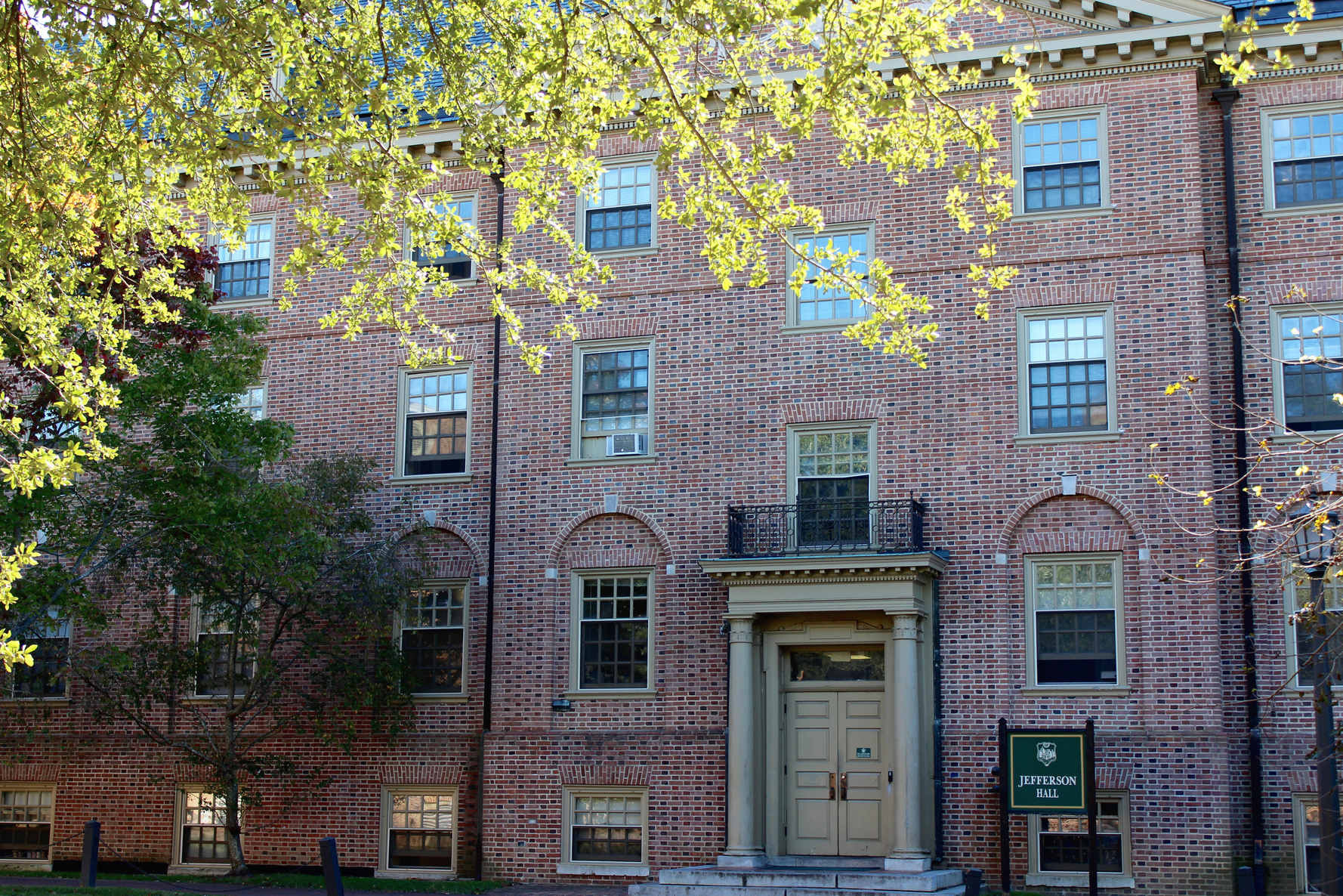 According to Earl Gregg Swem Library’s Special Collections, Jefferson Hall was built in 1921 and is named after Thomas Jefferson. It originally housed 125 female students and had apartments for female faculty members. Before being converted to more rooms, Jefferson’s basement held a pool and a gymnasium. The gym was used for athletic events and school dances.

During January 1983, Jefferson was almost destroyed by a fire caused by a malfunctioning refrigerator on the first floor. At the time, the dormitory did not have proper fire stops in its walls, so the fire spread quickly, nearly destroying the entire west wing.

Nobody living in Jefferson at the time was seriously injured, but everyone lost valuables. The College of William and Mary created the Jefferson Fund for students so they could replace the items they lost in the fire. The students received temporary housing in Colonial Williamsburg’s Motor House and later in the Commonwealth Inn.

The dorm reopened two years later in January 1985. Repairs cost the College a total of $5 million.

“I hear about [the fire] a lot,” Jefferson RA Sarah Rodriguez ’18 said. “Whenever I bring up Jefferson a lot of people will mention it.”

The iron gates in front of Jefferson were given as a memorial to Kate Waller Barrett, a member of the College’s Board of Visitors from 1921 to 1925. They were taken from the Virginia Capitol Building in Richmond and given to the College by the Daughters of the American Revolution.

In 1965, the first African-American students to live at the College were housed in the basement of Jefferson along with other students.

Current residents enjoy boasting about their air-conditioning, but they also revel in Jefferson’s location.

“It’s so great to be able to live on old campus and have air-conditioning,” Jefferson RA Monique Johnson ’19 said. While Jefferson is located close to Colonial Williamsburg and old campus, it is far from new campus and other freshman residence halls like the Botetourt Complex and Green and Gold Village.

“I personally have friends in Botetourt … so it’s a long walk. And it’s far from the Rec too. You have to set aside two hours if you want to go work out,” Sarah Bomfim ’20 said.

Jefferson residents also boast about the size and quality of their rooms. The basement has even been specially decorated by the bookstore.

As with Hunt Hall, there are rumors that Jefferson is haunted.

“There is this one sink in our bathroom that is automatic and if you just open the door and you’re not even close to the sink, it goes off,” Bomfim said. “We had a sink challenge where you had to go to the bathroom and wash your hands without setting off the sink. It was very difficult.”

Others believe that the rumors are just superstition.

“I haven’t experienced anything related to haunting in my two years,” Johnson said.

Johnson did say that because Jefferson is home to so many, residents often don’t know everyone in the hall.

“But overall, it is a pretty good community because you know everyone on your side of the hall at least,” Johnson said.