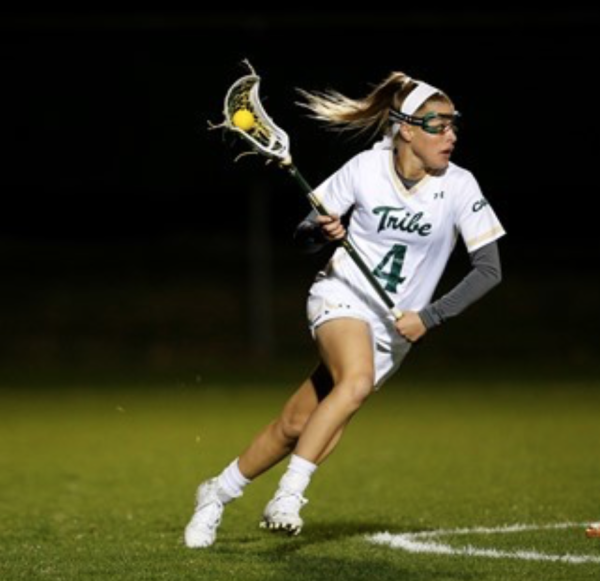 Wednesday and Saturday, William and Mary finished off a four-game road swing with contests against in-state opponents Old Dominion and Virginia Tech. The first of the two against the Monarchs was a close contest, but a late run by ODU (4-3) put the game away, resulting in a 13-10 Tribe loss. After the setback, the Tribe traveled to Blacksburg to face the No. 18 Hokies. The College fought hard, but was not able to get back in the game after going down by three early. It trailed the entire way, eventually falling 17-12 to Virginia Tech (10-2). The Tribe finished the road trip 1-3, bringing its overall record to 2-7.

Against the Monarchs Wednesday, the Tribe scored the first goal of the game. ODU responded with the next two, but the Tribe went on a 4-0 run to seize a 5-2 lead. After a couple of goals from each team, the College led 7-4 at the half.

Coming out of the break, the Tribe scored the first goal, extending the advantage to four. The Monarchs took over from that point forward. They outscored the Tribe 9-2 to end the game, finishing with five unanswered scores. ODU cruised from that point on to a 13-10 victory.

Junior attacker Abby Corkum scored three goals for the Tribe. Senior midfielder Lindsey Jenks added two along with an assist. Sophomore attacker Eloise Gagnon and junior midfielder Danielle Palmucci also each had multi-point games. Senior goalkeeper Alex Lista and freshman goalkeeper Elsa Rall split time in net, each taking a half. Rall was saddled with the loss, while the two combined for 10 saves throughout the duration of the game.

Saturday night, the Tribe faced off with the No. 18 ranked Hokies. Virginia Tech jumped out to a quick lead, scoring the first three goals of the game in a span of less than two minutes. The College struck back with two goals, but the Hokies continued to extend the lead throughout the first half. The period ended with Virginia Tech leading the Tribe 9-6.

After halftime, the College scored two of the first three goals, cutting the Hokies’ lead to just two. That was as close as the Tribe got, as the Hokies scored three straight goals and never looked back. The two teams exchanged goals as the clock ticked down, but the outcome was set. The College fell 17-12.

Jenks scored three goals for the Tribe, followed by Palmucci, junior midfielder McKinley Wade and senior midfielder Shannon Quinn, all three of whom chipped in two goals. Freshman midfielder Meredith Hughes also had a multi-point game, with a goal and an assist. Again, Lista and Rall shared the duties in goal, although this time Lista shouldered the loss. The two came up with 11 saves as a unit over the game.

The Tribe returns home for a two game homestand this week after the season-long road trip, welcoming Liberty Wednesday and Richmond Saturday. Following the next two games, the Tribe will go into Colonial Athletic Association play.