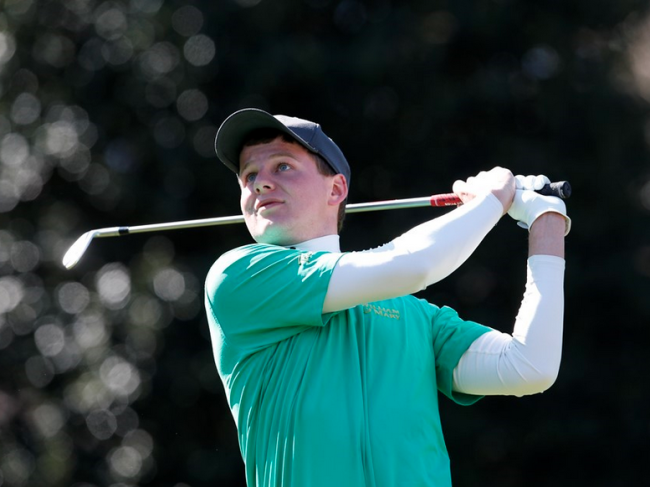 William and Mary finished in eighth place at the 2017 Colonial Athletic Association Men’s Golf Championship, with an overall score of 880 (+16). The 54-hole, three-day tournament was held at Salisbury Country Club in Midlothian, Va. from April 21-23. Despite challenges due to inclement weather, the College of Charleston claimed the top spot with an overall score of 841 (-23).

After the first round, the Tribe sat in eighth with a team score of 293 (+5). Senior Davis Morrison led the team with a 1-under 71, tying for 12th. Freshman Walker Campbell, sophomore Will Stewart and junior Sam Aronoff all tied for 25th with a score of 2-over 74. Senior Austin Morrison ended the first day with a disappointing 13-over 85.

Charleston led the field after the first round, finishing with a strong 274 (-14). At the top of the individual leaderboard, the Cougar’s Parker Derby and Towson’s Spencer Alexander tied with 6-under 66s.

To adjust for the weather forecast, the CAA decided to play rounds two and three Saturday. During round two, the Tribe scored 290 (+2) to remain in eighth. Stewart and Davis Morrison finished in a tie for 25th after shooting an even 72 and a 3-over 75, respectively. Campbell’s 1-over 73 placed him at T30 after the first 36 holes. With an 8-over 80 in the second round, Aronoff fell to 41st in the leaderboard. Despite finishing in a tie for 42nd, Austin Morrison had a strong comeback in the second round, shooting a 2-under 70.

Charleston remained at the top of the leaderboard after a second-round finish of 283 (-5). It had a six-shot lead over second-place team Towson going into the final round. With a 2-under 70, Derby took the outright lead after the first 36 holes.

Three-day leader Charleston finished with a 284 (-4) in the last round of play. It ended the tournament 13 strokes ahead of second-place finisher UNC-Wilmington. The individual leaderboard featured a close race for first; however, Derby finished on top with a 54-hole score of 208 (-8).