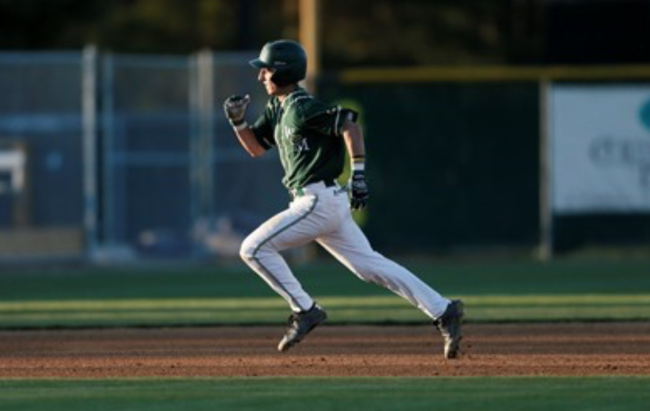 Last week, the Tribe (19-20) had two mid-week games as the team looked to end a season-high six game losing streak that dates back to the home-series against Elon. Tuesday, the College hit the road to take on Richmond (13-22) for an in-state battle. The Tribe fell behind early 8-0 but managed to put together a comeback and escape with a much-needed 11-10 victory. Wednesday, the College returned home to Plumeri Park for a matchup against Maryland. The Tribe fell by one run to the Terrapins (25-11) in a road contest earlier this season and was looking to split the season-series with the Terrapins. However, the Tribe’s offense fell silent after the 11-run outburst from the day before and lost 6-0 to Maryland.

Tuesday, the Tribe took the field against the Spiders for one more road game before returning home for four straight games to finish up the week. Richmond jumped out to a huge lead after the first three innings, 8-0. In the first inning, the Spiders scored five runs on four hits and were helped by two errors in the field by the College. In the bottom of the second inning, the Spiders extended their lead to 7-0 on a two-run home run by graduate designated hitter Jonathan De Marte. The Spiders tacked on another run in the bottom of the third.

The bats finally came alive for the Tribe in the top of the fifth. After shutting down the Spiders in the bottom of the fourth, the College sent sophomore shortstop Kyle Wrighte to the plate to lead off the inning. Wrighte singled up the middle, sparking the rally for the visitors. With two runners on base, sophomore center fielder Owen Socher ripped a double down the right field line, scoring Wrighte on the play for the first run of the day for the Tribe. The College was able to stay alive in the inning with quality at-bats and an error by the Spiders and was not retired until it had cut its deficit in half at 8-4. Richmond got one run back in the bottom of the fifth, using aggressive base running to push their lead to 9-4.

The score remained 9-4 throughout the sixth inning. The Tribe had a huge seventh inning, tying the game 9-9 after putting up five runs in the frame. With two runners on base, senior third baseman Ryder Miconi blasted a double into left field, picking up an RBI on the play and narrowing the gap to four runs. The next batter, junior left fielder Ryan Hall, walked to load the bases for senior right fielder Charles Ameer. Ameer came to the plate hitless on the day, but crushed a pitch to left-center field for a game-tying grand slam. The College was unable to score again to take the lead, but it had tied the game for the first time since the first inning.

The Spiders responded by retaking the lead 10-9 in the bottom of the seventh on a solo shot by shortstop Vinny Capra. The Tribe found itself down once again, but it was again able to come back and take the lead for the first time. Socher doubled to lead off the top of the eighth but stayed at second until there were two outs. Richmond intentionally walked Miconi in order to bring Hall to the plate with two men on base and two outs. Hall responded by hitting the eventual game-winning two RBI doubles to center field. The double gave the Tribe an 11-10 lead that it held for the comeback victory.

Wednesday, the College returned to the diamond attempting to split the season series with Maryland and maintain its momentum from the comeback against the Spiders. The Terrapins took a 1-0 advantage in the bottom of the second when center fielder Zach Jancarski hit an RBI single up the middle, with shortstop Kevin Smith crossing the plate on the play for the first run of the game. In the top of the fourth, the Terrapins doubled their lead. Jancarski, came up with yet another RBI single to push the Terrapins up 2-0.

The Tribe could only muster four hits for the game and was unable to scratch across a run. Maryland added one run in each of the sixth and eighth innings before putting up two runs in the ninth to take a 6-0 lead. The College went down in order in the bottom of the ninth and the Terrapins completed the season sweep.

Following the mid-week games against the Spiders and Terrapins, the Tribe stayed at home for a three-game series against conference rival James Madison. The College was looking to improve upon its 4-5 record in the Colonial Athletic Association and to bounce back from its home loss to the Terrapins.

The Tribe went on to sweep James Madison in a three-game series.