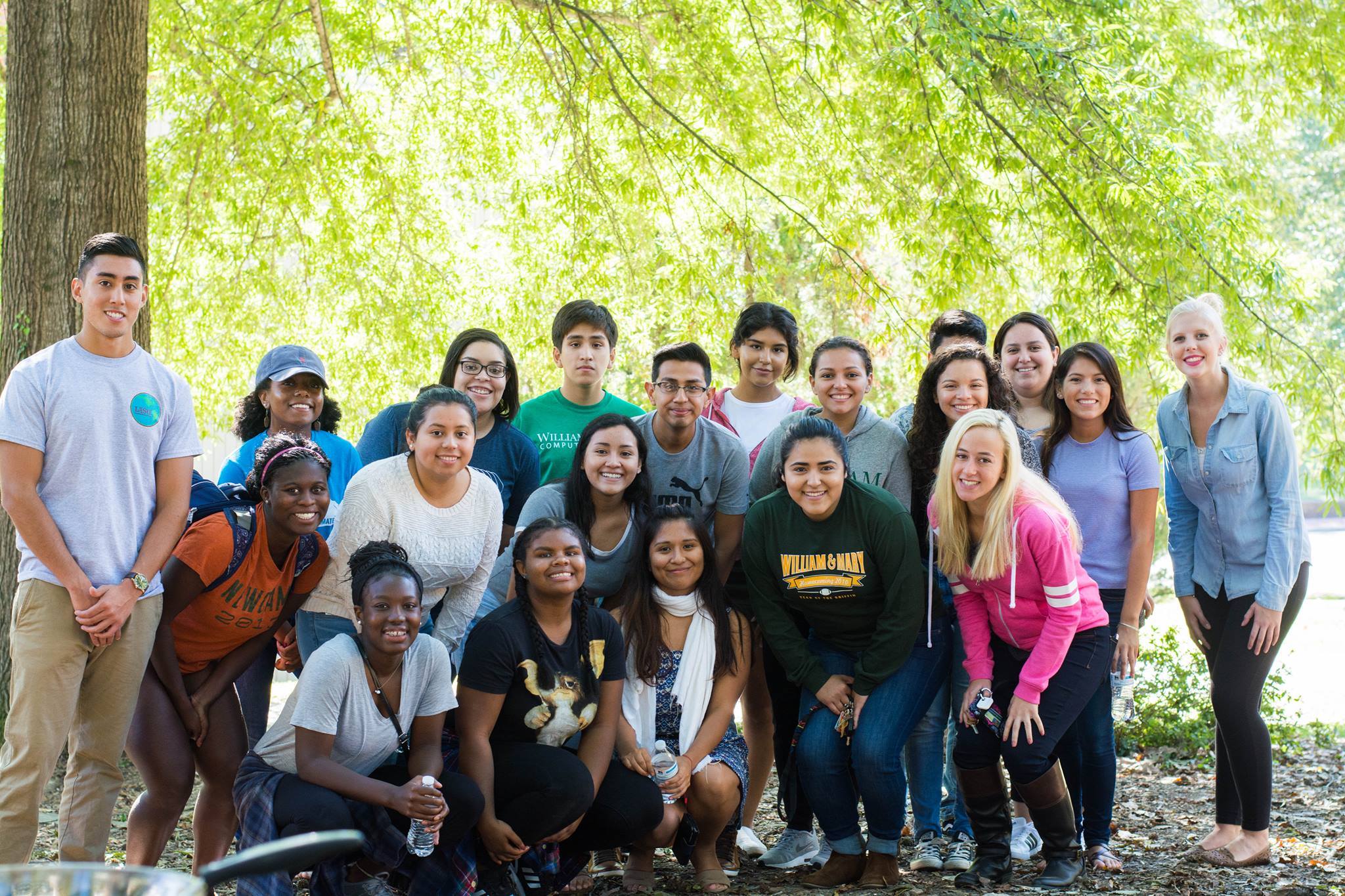 Dear freshman me, don’t be so insecure. What you believe to be your biggest weaknesses are your biggest assets. It’s all a matter of perspective. It’s not until you join Latin American Student Union your junior year that you will fully realize this. Before the club, your college experience will be full of failure, learning and not much fun. Even though sometimes you will wish you never experienced these failures, especially alone, you know in your soul that you wouldn’t change them for anything. Because in the end, you’ve grown so much from these experiences and I can promise you after your freshman year, you’ll never be the same.

Everything is a balancing act in college as you will soon learn. It’s hard and sometimes, OK, maybe a lot of times, you are going to trip and lose your balance, especially your first year. But that does not mean you must stay on the floor. You laugh a little, learn from it, get up, and keep on walking. Do not stay on the floor sobbing all winter break when you find out you failed two classes your first semester. The longer you stay, the harder it is get back up. Looking back, you will wish you would have gotten up a little faster. At least you got up. That’s what matters. You can’t be too hard on yourself. You weren’t in a great state of mind that semester. You felt lonely. You were one of the few Latinxs on campus, how else were you supposed to feel? To top it all off, you felt like an underachiever who aimlessly walked between classes wondering to herself “what am I doing?” constantly underestimating yourself because of your color and the high school you came from. You realized you didn’t attend a private school, or a public school whose academic program yearly topped the list in “Best High Schools in your county. In fact, your school never made it to those lists, because your school, dare I say it, underperformed and therefore must be inferior to all others — at least that’s what you incorrectly led yourself to believe. It is this constant comparing and analyzing that has left you frustrated. You were differentiating yourself, slowly creating your own box that would enclose, isolate, and swallow you if you kept at it.

I can promise you after your freshman year, you’ll never be the same.”

You were right, you are different. You’re not like the rest of the student body. That is the hard truth. But those differences don’t have to be gaping holes between you and others. Your skin may be browner than theirs but you’re just as amazing. Yes, you don’t have as much money as them, but that has taught you how to survive. You never imagined a school this white in contrast to your melanin filled school, where different tongues and accents fill the air and one look at the student body could show what true diversity is. Don’t allow the fact that you are Latinx isolate you. I know when you look at them you feel at home. They remind you of your parents’ smothering love and the beauty of your culture. It is OK to forge your own new path. Try to create a home away from home. Yet, there will always be this lingering need for your old home, this space you desperately want but won’t have your freshman or sophomore year. You will be on campus, fending for yourself. At some point, you felt depressed and that’s OK. But don’t ever think you were alone. You are only alone because you chose to hide it from everyone. You chose to keep up your appearances like everything was fine but you were not. You were broken. Once you allow yourself to be vulnerable by letting people know what you’ve been through you will realize others have been dealing with similar demons. You’re not the only one trying keep up appearances.

They decided to create a club whose mission from the start was to be a family, a space where we could share our similar experiences that we could not share with others and finally feel understood.”

You will remember the great energy felt in the room at the first meeting. Forty plus students excited to join, ready to meet one another. As you all played games, you briefly brushed by new faces you had no idea would later be important in your life, unaware of friendships that were going to be made and relationships that would bloom that year. You will appreciate the games played at the end of every meeting and the roaring laughter at the ridiculous things people did. These same people whose limbs contorted and bent with yours in a game of human knot have done amazing work on campus, from their activism for and undocumented students to their multi-cultural leadership. It is their excellence that inspires you; even as a Latinx student they thrive. They are models to you and others that we need to choose to see our identity as an asset rather than a burden. LASU provides more than a place for people to be social, it is  a place that is willing to take a stand and unafraid to publicly discuss issues. We had dialogues, like “Are You Latinx Enough?” We discussed the differences we faced as Latinxs from different races, especially the issues of those in the margin who don’t typically look Latinx. You will remember looking at the faces on those students in disbelief. You would never have thought of them as Latinx if you passed by them on campus. Unlike you, they don’t have your skin color as a marker of your culture.

LASU holds fundraisers of all kinds, including selling horchata, aroz con leche, buñuelos, and fresco de fruta. It will teach you the commitment and effort one needs to make money Though none of them ever ran smoothly, dedicating time to make the event happen allowed you to bond with others. It will be at Casa Hispanica while making buñuelos, flour on your face and hands deep in dough, you will realize how much you love these people. It will be at the Annual Cultural Banquet that you feel the solidified presence LASU has on campus. That night everyone got to reflect on the progress of LASU, celebrate both the old and new executive board, and recognize the faculty that had helped us along the way. You will see everyone, from professor to student, dancing to different beats from salsa to bachata. The soft swaying of hips, laughter vibrating through the warm air, and the plastered smiles on everyone’s face left a sense of ease imprinted in your mind, that everything is alright and that this is how things should be.

Through the club you will learn the power of feeling understood, how important it is and how much you and others needed it. This stable home will allow you to grow and flourish. That same year you joined you will feel the instant effect of finding “una familia:” Happiness. You will feel more confident in yourself and take more risks: taking up photography, meeting new people, and allowing yourself to feel again. Without LASU you wouldn’t be able to grow. Now, your only wish for the new and upcoming Latinx students is for them to experience what you’ve felt this past year rather what you’ve felt the first two years. It should be a right, for every student deserves “un espacio.”