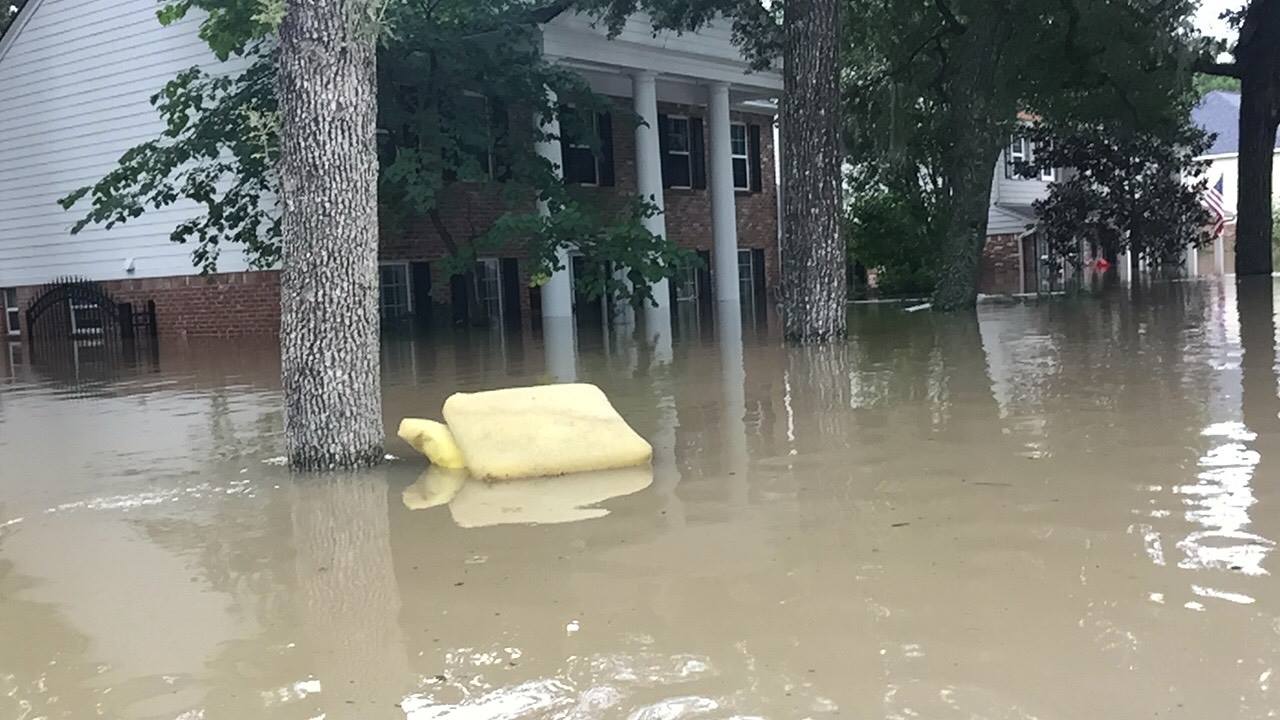 As a lifelong resident of Houston, Texas, Dani Greene ’20 is used to extreme weather — but Hurricane Harvey, a Category 4 storm that displaced tens of thousands and ravaged communities across Texas and Louisiana after making landfall Aug. 25, was different than anything she had ever experienced.

We assumed Harvey would be like any other storm,” Greene said. “The same houses that always flooded would flood, school would be cancelled for a day or two, and then life would resume as normal.”

“We assumed Harvey would be like any other storm,” Greene said. “The same houses that always flooded would flood, school would be cancelled for a day or two, and then life would resume as normal.”

Instead, Greene woke up to an Aug. 27 text message from her parents saying that their home had begun to flood and the water was still rising. Soon, her parents told her that the house was submerged in almost four feet of water.

Greene is one of the many College of William and Mary students affected by Harvey, and her story of unprecedented destruction is echoed by those who witnessed the storm firsthand or heard about it from family and friends in impacted areas.

Harvey evolved from a tropical depression to a Category 4 hurricane before making landfall near Corpus Christi, Texas, the night of Aug. 25.

Over the following days, Harvey continued to batter the southern United States, making landfall by Copano Bay, Texas, as a Category 3 storm before concluding as a tropical storm in Louisiana.

Overall, Harvey dropped 27 trillion gallons of water on Texas and Louisiana and caused an estimated $70 to $108 billion in economic damages.

Houston resident Corinne Nordt ’18 said she underestimated Harvey, believing that warnings would be more severe than the actual storm.

As she notes, Houston is designed to flood: when torrential rain threatens the city, flood control systems direct excess water out of metropolitan areas and even use interstate freeways as back-up reservoirs.

“The pictures you see of roads with [water] rushing down them is an example of our city planning doing what it’s meant to do, just being overwhelmed,” Nordt said. “But never have I seen entire neighborhoods under water … before. My childhood neighborhood was under nine feet of water, and you can see alligators swimming by roofs.”

In the immediate aftermath of the storm, Greene said that ensuring family and friends’ safety was a top priority.

Her parents evacuated their home just in time ­— her father, who had initially opted to stay in the the house, joined her mother at a family friend’s home one day before the flooding began.

Relief over her family’s safety soon turned to panic, however, as Greene realized the extent of the storm’s devastation.

Every time she checked Facebook, Greene saw neighbors’ photographs of their flooded homes and knew that the water in her own home was steadily rising.

As the water rose, my mother put on a brave face and would joke around and stay positive about everything, but I know that it was killing her inside [to watch] her home and everything in it get destroyed,” Greene said.

“As the water rose, my mother put on a brave face and would joke around and stay positive about everything, but I know that it was killing her inside [to watch] her home and everything in it get destroyed,” Greene said.

Nordt shared similarly harrowing stories of her family and friends’ experiences. One elderly family member was rescued by boat from the second story of her flooded home, and other friends were pulled off of their roofs by helicopters.

Additionally, Nordt said that she heard about members of her community who couldn’t reach hospitals and therefore died from easily treatable injuries.

“I don’t even know when we will have a funeral because churches are being used as shelters right now,” Nordt said.

Aakash Saraf ’19 lives in the Woodlands, about 20 minutes away from downtown Houston. His neighborhood is in an area of higher elevation and only experienced about an inch of flooding, but on the other side of the Woodlands, residents were overwhelmed by widespread water damage.

Saraf was still home for the summer when Harvey struck, so he decided to help with local relief efforts, wading through water that reached his waist as he attempted to help the members of his community.

Although Saraf planned to return to the College before classes started, flooding stranded him in Texas until the night of Aug. 30, when he made the three-hour drive to Dallas and caught a flight to the East Coast.

As the initial aftershocks of Harvey begin to fade, communities are turning their attention to long-term recovery efforts. Both Greene and Nordt said that feelings of helplessness have been replaced by calls to action as Houstonians band together to rebuild their city.

“Houston as a whole … is filled with strong Texas personalities that have pulled together to make it through,” Nordt said. “Look at those pictures of volunteers waiting in lines to help or store owners opening up their doors for displaced people. Yes, Houston is devastated, but Houstonians as people won’t let themselves be helpless.”

Greene is personally contributing to relief efforts by starting a GoFundMe campaign. Within three days, she raised $285, about a quarter of her $1,000 goal. All proceeds will go toward the Hurricane Harvey Relief Fund set up by the mayor of Houston.

In addition to receiving encouragement from fellow Houstonians, Greene, Nordt and Saraf said they have received an outpouring of support from the College community, including friends, professors and the administration.

All three emphasized the importance of continued support, whether it comes in the form of donations to reputable charities, contributions to Amazon wish lists (some families have posted lists of the items they will need to get back on their feet over the coming months) or simply reaching out to a friend in need.

“I think it’s also important to remember that this doesn’t end here,” Greene said. “This doesn’t just stop affecting Houstonians in a couple of days, or even months. I know my mother has already been discussing with our family how this will affect our Thanksgiving and Christmas plans. … It could be years before our lives are even close to normal.”