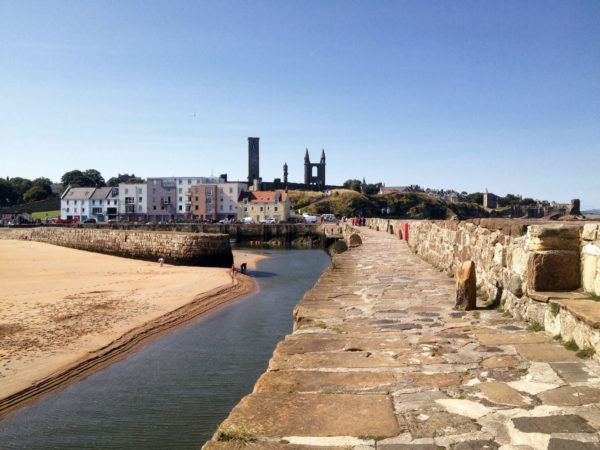 The College of William and Mary campus has undergone notable changes over the past two years: Millington Hall and the Lodges are remnants of the past, Tyler Hall and the Integrated Science Center are fully-functioning buildings rather than fenced-in construction zones, and many of the students who populated the College’s brick paths two years ago have graduated. Those who witnessed these developments firsthand are probably used to them, but as a senior returning from two years abroad at the University of St. Andrews in Scotland, I find the changes just perceptible enough to be disconcerting.

Sometimes, walking around campus feels like reliving my freshman year at the College. I still live in Yates Hall and eat most of my meals at the Caf, and my time in Scotland is an enticing but distant prospect. Other days, the College is an unknown entity filled with strange new places and, more importantly, strangers. I’ve been back in Williamsburg for nearly a month, and I’m still trying to find a happy medium between these extremes.

You might think the question “where do you go to school?” is a simple one, but any member of the College of William and Mary/University of St. Andrews Joint Degree Programme will tell you otherwise. Whenever I’m asked this question, I follow one of two routes: omit the name of the school I feel less emotionally attached to in the moment or offer a convoluted explanation that quickly devolves into rambling.

Essentially, the JDP offers students –– collectively known as WaMStAs –– the chance to split their four years of university between two schools. I spent freshman year at the College and am back on campus after spending sophomore and junior years in Scotland. Upon graduation, I will receive a Bachelor of Arts (International Honours) degree with the insignia of both institutions.

You might think the question “where do you go to school?” is a simple one, but any member of the College of William and Mary/University of St. Andrews Joint Degree Programme will tell you otherwise.

I could write a book detailing my reasons for enrolling in the programme, but the short version is I wanted a “different” university experience and have always loved the United Kingdom. I found it difficult to leave my friends at the College following freshman year, but I embraced life in the tiny seaside town of St. Andrews. Instead of constantly comparing the two schools, I learned to appreciate their unique aspects: for example, Raisin Weekend –– a St. Andrews tradition characterized by drunken revelry, a giant foam fight, fancy dress (Halloween costumes) and academic families –– and the persistent sounds of cannon fire emanating from Colonial Williamsburg.

This strategy helped me acclimate to St. Andrews, and I assumed it would prove equally useful during my transition back to the College. I was nervous about returning to a school I hadn’t called home since 2015, but I calmed these fears by reminding myself I’d successfully navigated an arguably more difficult transition. Instead of starting over, I would simply be returning to an old school, or as I told a friend during more cynical moments, attempting to fit back into a life I’d created two years ago.

In actuality, senior year has been eerily similar to sophomore year. I miss the friends and places I’ve left behind and feel somewhat lost in my new reality. Every day is a disconcerting mix of deja vu and the unfamiliar, but, as I reminded my terrified 19-year-old self during the first days in Scotland, it will get better. The JDP is intrinsically challenging, but becoming a WaMStA was one of the best decisions I’ve ever made. I can’t imagine college without picturing my homes on both sides of the Atlantic; from nights in the Yates first south lounge to surprise Thanksgiving dinners thrown by my British flatmates, the College and St. Andrews are equally integral aspects of my identity.