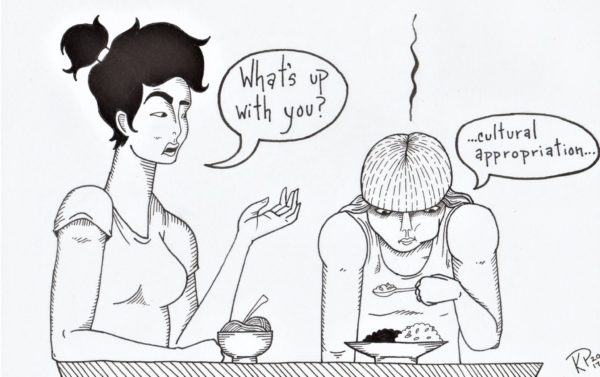 For a liberal arts college boasting an educated populace and, more importantly, a caring community, the Buddha Bowl at the Commons Dining Hall is conspicuous in its impropriety. It is a cultural appropriation and simply inappropriate to name a dish after a religious figure.

The Buddha is the title given to one who has achieved enlightenment and who understands the Four Noble Truths in the religion of Buddhism. To name a dinner dish comprised merely of vegetables and grains after such a lofty religious state is a belittlement of the profound achievement itself and the arduous process required along the way.

Naming a dinner dish after a paramount figure in Christianity would be unacceptable here because the majority of the population of the College of William and Mary is Christian. However, as a caring and educated population, it is vital to respect all aspects of our community. That includes respect toward all minority groups who do not have the privilege of renown that majority groups have.

Buddhism is the world’s fourth largest religion. Though not very highly practiced in Williamsburg, Virginia, Buddhism is a part of our community and must be respected, just as we respect all other elements. The blatant cultural appropriation of the Buddha Bowl name is noticed and rejected by the campus community.

It is unnecessary, and a bit ridiculous, to bring religion into the name of a completely secular food dish.

Cultural insensitivity and appropriation is a pervasive issue on our campus as a whole, and it is a shameful act to blindly follow. In short, the name of the Buddha Bowl must be changed. But, the contents of the bowl are delicious, and most definitely should remain a healthy staple of the Caf.

If a dish at the Caf was named the “Jesus Bowl,” there would be an outcry, an uproar, a total reproaching of the system — and rightly so. No religion, culture or group should be subjected to insensitivity and appropriation. Such inappropriate acts are disgustingly prevalent in our society today.

It may seem to be an overwhelming problem: how can I help? How can I alone make the world a better place?

If you consider yourself a caring person, an intellectual, or if you have just read to this point in the article, it is imperative that you are made aware that you can make a difference. Email Dining Services. Voice your concerns to the administration. Actively petitioning to change the name of the Buddha Bowl is a vital first step on the path to ensuring a respectful campus environment for each and every member of our inspiring community here at the College of William and Mary — future home of healthy, secular, non-appropriating dinner bowls.